Those who live in Mexico or regularly visit know of such Mexican drinks as mezcal and pulque; yet, for everyone else, the queen of all Mexican drinks and one of its most known exports is tequila.  So, when we visited the city of Guadalajara in the Mexican state of Jalisco on a long weekend, we could not pass up an opportunity to visit the nearby town of Tequila known obviously, for tequila.

Located just 40 miles northwest of Guadalajara, Tequila was an easy day trip.  After initially weighing the option of renting a car and driving in, we decided to go to Tequila with Jose Cuervo Express.  The website boasted a unique experience of visiting the oldest tequila distillery, the colorful town center, and then an unforgettable sunset train ride through blue agave fields on Jose Cuervo Express back to Guadalajara.  I am happy to report that the trip was a big success and a highly recommended experience.

After exploring Guadalajara, we woke up the next day and headed to the bus terminal from which Jose Cuervo’s buses with visitors were leaving for the day trip.  Our tour included a bus ride to Tequila in the morning and then a train back to the city.  The other option was to do it in reverse order: a train ride to Tequila in the morning and then a bus ride back to Guadalajara in the evening.  We wanted to do the train in the evening as it appeared to be a highlight of the trip according to multiple reviews, and we wanted to cap our day with the best experience possible. After grabbing a quick breakfast of street tacos with local construction workers, I was putting my Spanish skills to use, trying to find where the bus station was.  We found the station fine, but confidence in my Spanish quickly grew into overconfidence and almost cost us the entire experience.  As we approached the bus station, we needed to pick up our tickets.  There were two lines: one for Spanish speakers and the other for English speakers.  The one for Spanish speakers was much longer, while the line for English speakers was almost non-existent.

“I want to practice my Spanish,” I informed Julia lining up in a long queue.

What I did not realize is that the line was not just for Spanish-speaking people picking up tickets; the line was for those who wanted to take a tour of Tequila in Spanish.  And although my Spanish was good enough to communicate regarding picking up the tickets, it was nowhere near close to allowing me to comprehend the entire tour of Tequila, including a specialized presentation of the tequila-making process.  And not to mention that Julia speaks no Spanish at all.  The disaster was barely averted when it was our turn to pick up tickets.  As we approached the ticket counter, a young Mexican guy quizzically looked at Julia and me and delicately asked: “Español o Ingles?”

“Yo quiero practicar Español,” I said with a smile.

The bus ride to Tequila was fun.  All passengers received a plastic bottle with a tequila-based cocktail and were told that refills were unlimited.  Julia, a zealous teetotaler but someone who loves free stuff, was initially torn whether to drink or not and then freaked me out when she asked for a refill while we were still within Guadalajara city limits.

“Please pace yourself.  You have zero tolerance for alcohol.  And we have a full day ahead of us.” I said with a hint of concern in my voice.

The tour guide on the bus was a young, chirpy Mexican girl in her late 20-s with perfect English.  As we were leaving Guadalajara, she described the program for the day, reminded about limitless refills, and then invited everyone to participate in a very popular Mexican game of “La loteria”. The game is a Mexican version of bingo.  Each passenger received a board with a grid of random colorful pictures, and the tour guide then drew cards with images from a deck of cards.  As the bus was making its way through the Jalisco countryside, the tour guide would shout out the name of the card in Spanish and then repeat it in English with people keeping track of their boards, checking off the images.  The winner, the one who would get all the images checked off first, was promised a bottle of fine tequila.

“Apparently, I do,” said Julia, tipped her head back and poured the rest of the margarita from the plastic bottle into her mouth.

Later, we learned that “El Negrito” was not a derogatory term but simply a reference to a black person and not in a racist way.  Or at least that’s what we were told. After riding on the bus for almost an hour, we finally arrived in Tequila, making our first stop outside of the town, in the fields of blue agave.  The morning was hot and sunny.  The landscape before our eyes was surreal: never-ending neat rows of blue agave plants were stretching beyond the horizon.  As our group spilled out of the bus, we were greeted by el jimador, a tall and muscular Mexican farmer holding his tool of labor, a flat-bladed knife with a long handle (coa de jima).  El jimador wore sturdy boots and was dressed in pants, a white shirt with a red satchel, and a cowboy hat.  He had a very charismatic appearance and could easily be used as an actor for tequila TV commercials.  As we were forming a semi-circle in front of him, he stood tall with a giant blue agave plant at his feet.  Through our tour guide, el jimador gave us a short presentation on agave plants and how they are cultivated and harvested.   He explained that once a blue agave plant is ripe, jimadors cut all the external leaves of the plant, producing what looks like an oversize pineapple (piña).  He then skillfully demonstrated how it is done. Piñas are then transported to the distillery where they are cooked in preparation for tequila. Before we were taken to the distillery where the rest of the process was explained, we had additional 20 minutes of free time to walk the blue agave fields, enjoy the views, and take pictures.  A mariachi band playing nearby to entertain visitors created the perfect atmosphere.  Like tequila, mariachi music also originated in Jalisco.  At this point, we noticed that local tourists who arrived on Spanish-speaking buses greatly outnumbered foreign tourists. This was a very comforting observation that locals do travel and can enjoy discovering their own country.  Mexican tourists also set the perfect mood for the place as they joyously sang in unison all the songs that the mariachi band was playing, once again reconfirming the truth that Mexicans are a fun, life-loving bunch.

Next week, read about our exploration of the oldest distillery in Latin America, the town of Tequila, and an unforgettable train ride through blue agave fields. 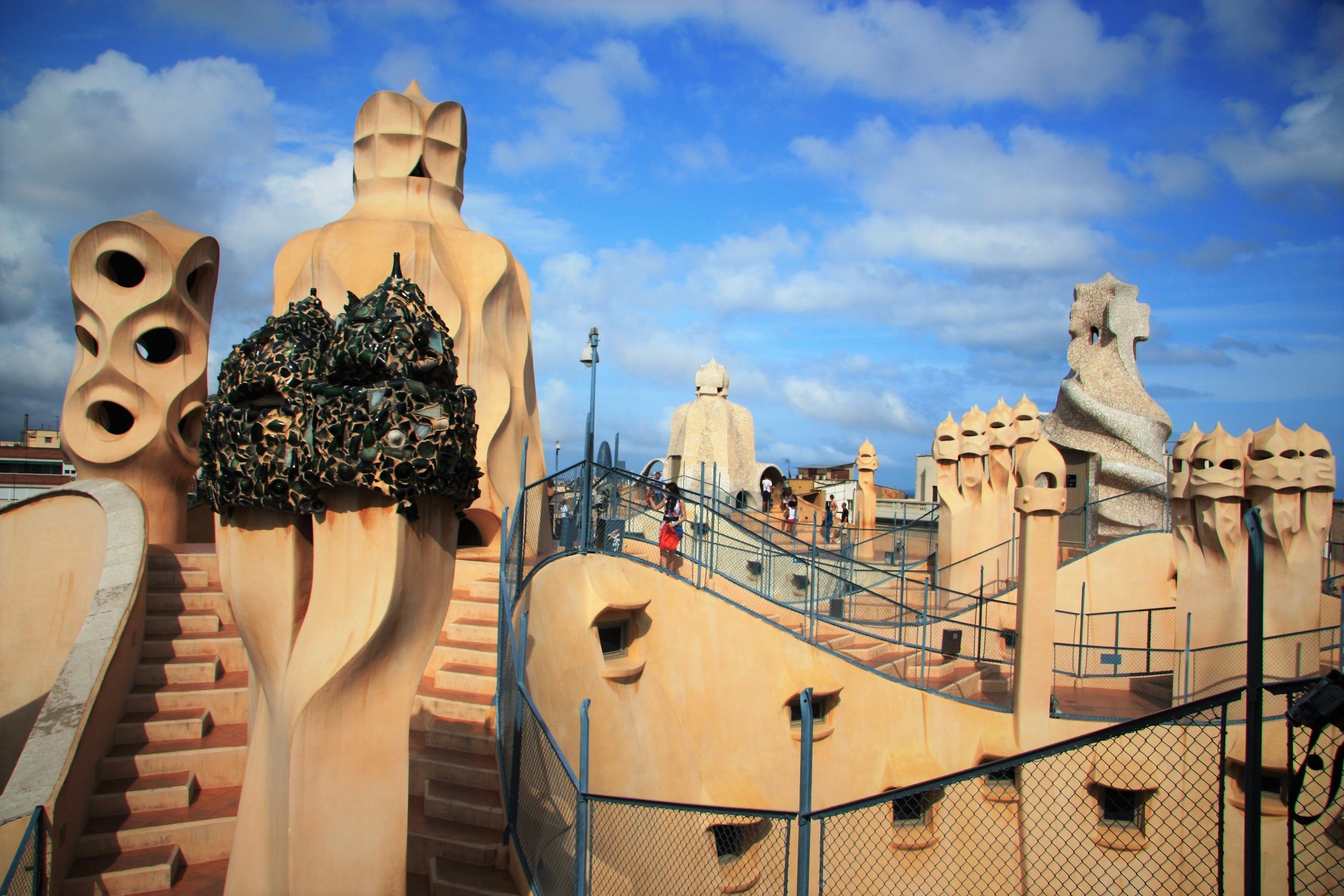 Part II: How We Lost Our Luggage and Minds in Barcelona 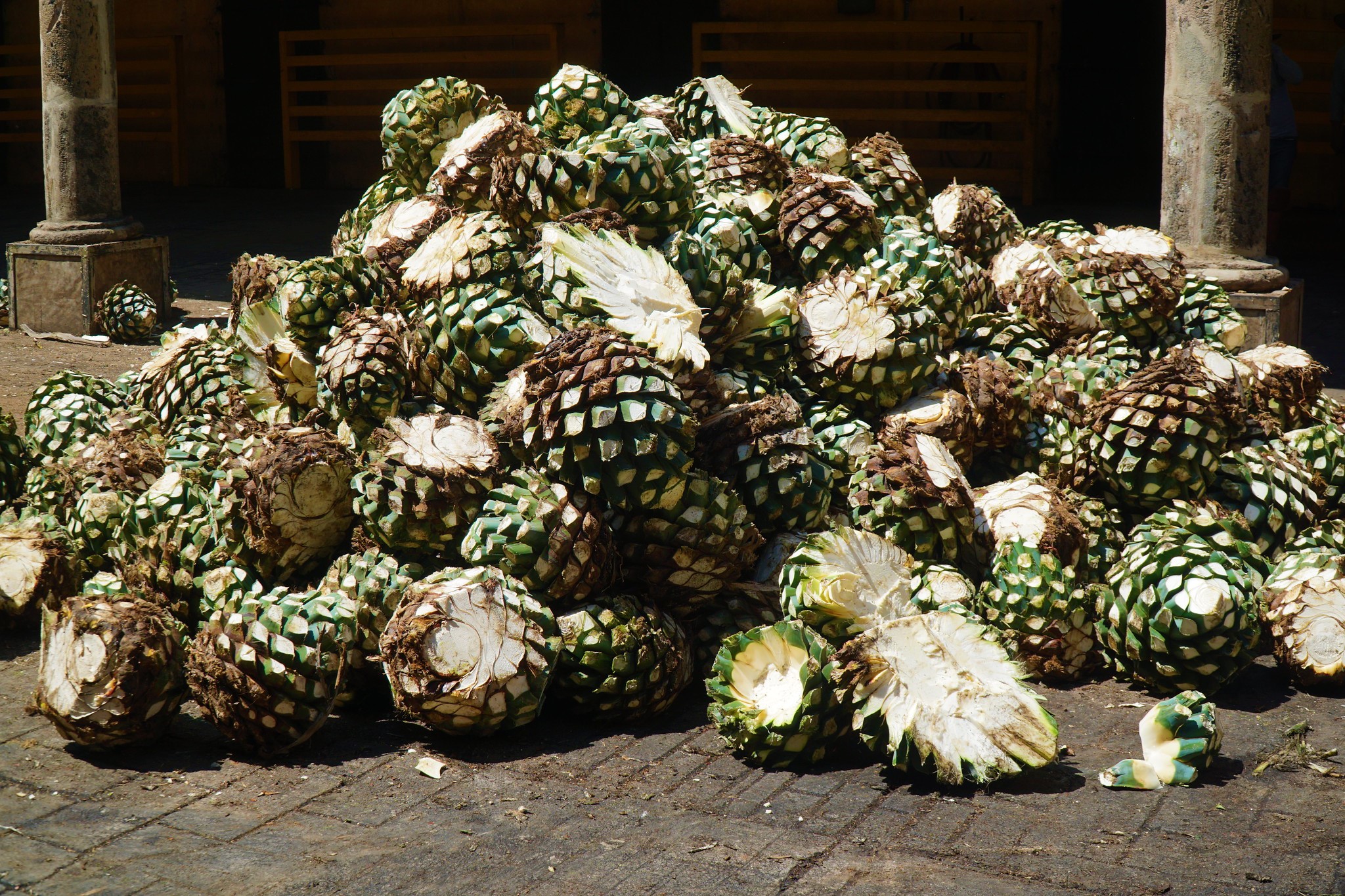 All Aboard the Booze Train!