Something pokes me in the back.  I turn.  There are two people carrying a corpse wrapped in an orange blanket on the stretcher. They take the body to the bank of the Ganges river and dip it several times into the water. Then, they take the corpse back and put it on the stairs to dry.  On the left and on the right, I can feel the intense heat of the fires with bodies burning in them.  There are street dogs, intensely staring into the fire, and a cow, urinating on the stairs.

I am in India, in the holiest city of Varanasi.

In the early hours of that morning, we hired a boat to take us up and down the Ganges, to witness the cremation ceremonies and morning prayer chants.  A boy, no older than fifteen, rowed our canoe through the thick morning fog, occasionally letting it drift so we could catch better sight of the movements on the shore.  We huddled together on the small wooden bench against the chill, listening to the chants and singing carried from the bank over the screaming of seagulls, watching the fires burn by the temple stairs.  Occasionally I would see Julia glance around the murky waters surrounding the boat, waiting for a body or some bones to surface.  None did.  We heard it was a common occurrence, a rib cage that didn’t fully burn in the fire would be chucked into the water and would float downstream or a body, rejected from cremation, would be simply drowned in the river.  There are several reasons in Hindu tradition why a body would be rejected from cremation.  Hindu saints and infants cannot be cremated.  A body with skin diseases will be turned away as it is thought that evil is in possession of the body.  Those who died from a snake bite are considered to have achieved immortal life in another world, as all snakes are manifestations of Shiva, and therefore, cannot be cremated.   That day, no saints or infants floated by us.

As we glided closer to a large ghat, stone riverfront steps leading to the waters of the Ganges, we watched a man pick a hip bone out of the cremation fire and throw it into the water.  It sank with a splash.  We kept floating closer.  A bare-footed man with a long beard and a dirty tunic stepped into our boat.  He walked from the shore, docked boat to boat, casually as if strolling on the ground, until reaching us and settled in on the opposite end of our canoe.  Our boat “captain” hastily explained that this was a local guide, a holy man, a wise elder who can explain the Hindu cremation traditions to us.  We turned our attention to him, and he immediately launched into a pre-rehearsed speech on death, fire, and water.  We were told that the fires on the shores of Varanasi have been burning non-stop for thousands of years.  They are burning now, as they always have, as they always will, half a dozen of fires at the same time, a new fire starting each time an old fire burns out.  We learned that the attendants of the cremation, the family members of the deceased, are not allowed to cry as that will prevent the soul from entering heaven.  Any display of emotions, any tears will bind the soul to the earthly plane, will trap it in the grief and keep it from eternal life.  The pyre fires must also be built using sandalwood and the cost of the wood is prohibitive to many.  And with that, he bowed and extended his hand, “a donation for the wood for the poor”.  We handed him a few dollars and he walked off our boat and into the next, to be introduced to the next batch of tourists. As we returned to our hotel, Julia started clutching her stomach.  The morning meal did not sit well with her.  As she battled waves of pain and nausea, I ran to the closest pharmacy.  We already described this incident in a previous post, but here goes again:

“My friend has food poisoning,” I told the pharmacist.  Well, actually, I pointed at my stomach and said, “My friend…” and the pharmacist promptly nodded and reached for the pills before I finished my sentence.  Apparently, this is a very common “white people” issue in India.

“Antibiotics!” he announced, and I nodded.

“Liperamide!” he took a packet from under the counter and I shrugged.

“Rehydration salts!” he dropped a bunch of packets in front of me and I started taking out the money.

“Viagra!” he declared and widely smiled.

I suspiciously reviewed the pile of medicine in front of me.  I no longer trusted that this man clearly understood my issue or had the best intentions in mind.  I had no way of telling what of this substantial mound of pills was necessary and what was simply profitable.  I waved off Viagra and paid for the rest.

Julia is the suspicious one in our travels.  She is the one who haggles at the markets, argues with tuk-tuk drivers, and avoids scams in touristy locations.  She is the one who calls our credit cards and writes angry emails to car rental agencies.  She can always spot a scammer and helped us avoid a “tea house” scam in China, being pickpocketed in Spain, and once caused an entire crowd to disperse by loudly explaining the “dancing toy” scam by an unscrupulous vendor in Japan.

I usually default to trusting the people I meet in my travels and therefore, was feeling relatively good that I managed to head out alone and avoided getting so obviously scammed. That didn’t last long, as I got scammed just a few hours later.

Upon feeding Julia the various pills and repeatedly assuring her that no Viagra was present in the mix, I left her to recover in the hotel and headed back out to the shore of Ganges.  I rented another boat and once again approached the largest of cremation sites on the river.  This time, unencumbered by Julia’s concerns for safety or reason, I decided to venture a bit closer.  As I saw the “holy man” do earlier, I started climbing docked boats to reach the shore.  I must admit my own approach was far clumsier and rockier, but I managed to make it to the steps without taking a dip in the holy waters.  The moment I stepped onto solid ground, I was immediately approached by a middle-aged man in white clothing who explained that he was an important person at this cremation site, a person in charge, a holy man, an elder who can explain the mysteries of Hindu ceremonies to me.  I tried to explain that two holy men in one day are simply too much, but he wouldn’t hear of it.  He grabbed my elbow and started dragging me closer to the cremation pyre.  We have been told by the first wise man that tourists are not allowed close to the cremation site and are not allowed to take pictures.  Realizing now that this divine guide was playing fast and loose with the rules and that would give me a chance to get very close to the ceremony, I allowed myself to be led along.

I walked around the pyres.  I saw bodies carried, washed, dried, burned.  I saw a pit with an ever-burning flame from which all pyres are lit.  On top of the stairs, I watched a young man in a barber’s chair get all of his hair shaved off.  The oldest son or male family member must shave his face and head hair, as a sign of respect for the deceased, and in order to purify himself from evil and vanity before the cremation rituals.  I saw another clean-shaven man carry a pot of water from the Ganges and walk around the shrouded body on the unlit pyre three times, water pouring out of the pot, signifying soul leaving the body.  At another pyre, a man stood with his back to the dwindling flames, threw the clay pot over his shoulder into the pit, and walked away without looking back. Next, still holding my elbow, he guided me to the “House of the Dying”.  It was a decrepit two-story building and the first floor had a few beds with sickly looking people in them.  He hurried me to the second floor and explained that this is where impoverished elders waited to die and needed help to afford their cremations.  The second floor was completely empty.  He stood, completely blocking the doorway, and explained that the wood is expensive, and the poor cannot afford it and they need the wood in order to achieve Moksha, liberation from the cycle of life, death, and rebirth, the ultimate enlightenment.  He then looked me directly in the eye and without any hesitation asked for $200.

I laughed despite the panic rising inside me.

“I am a backpacker!” I said, “I don’t have this kind of money!  I only have $10…” and held out a crumpled note, hoping desperately that this was enough to get him to let me go.

He argued with me, clearly not believing my cover story, so I dug in even deeper, “All of my money is in the hotel!  I was told it’s not safe to walk around with it!”

The holy man wasn’t happy, but he accepted my bill.  He tried to tell me that he wanted to take me somewhere else on the tour, but I immediately cut him short claiming that I am out of time and need to get back.  He walked me out and back to the shore where my boat was waiting for me.  I jumped into the boat, relieved beyond words.

By the time I got back to our hotel room, I was still shaking with adrenaline.  The events of the previous hour seemed too bizarre and impossible to be real.  Julia listened to my story and immediately declared that this whole “$200 for wood” thing smelled of a scam.  A quick google search revealed that this was a very common scam around these parts.  I was lucky to have gotten away with just paying $10.

A few hours later, when Julia was feeling a bit better, we decided to take another quick walk by the Ganges before we had to leave Varanasi forever.  As we approached another cremation site by land, a man quickly stepped in front of us and revealed that he worked here and was a local guide, a holy man, and could teach us the mysteries of Hindu ceremonies.  Julia then proceeded to question his qualifications in Russian until he decided that we spoke no English and walked away.  We stood by the steps and watched the pyre fires burn.

“I read that 78% of Varanasi population are unemployed,” I told Julia as we walked back to the hotel. “Also, there are a lot of drug dealers here.”

“That high?” she gasped. “How is that even possible?  How does the city survive?  You can’t have 78% of the population running scams and selling hashish…”

As if her last words conjured out a spirit out of the dusk, a man quickly stepped up behind us and hoarsely whispered “Hashish?  You want hashish?”

Varanasi remains to this day one of the most surreal experiences of my life.  Grief and poverty, hope of reincarnation and casual indifference to burning human corpses, all blended within a rigid structure of strict funeral customs make for a stunning picture for an unindoctrinated Westerner.  It is a city unlike any I have ever been to – a place where both live and dead are looking for their next reincarnation.

It is not a place I am likely to forget. 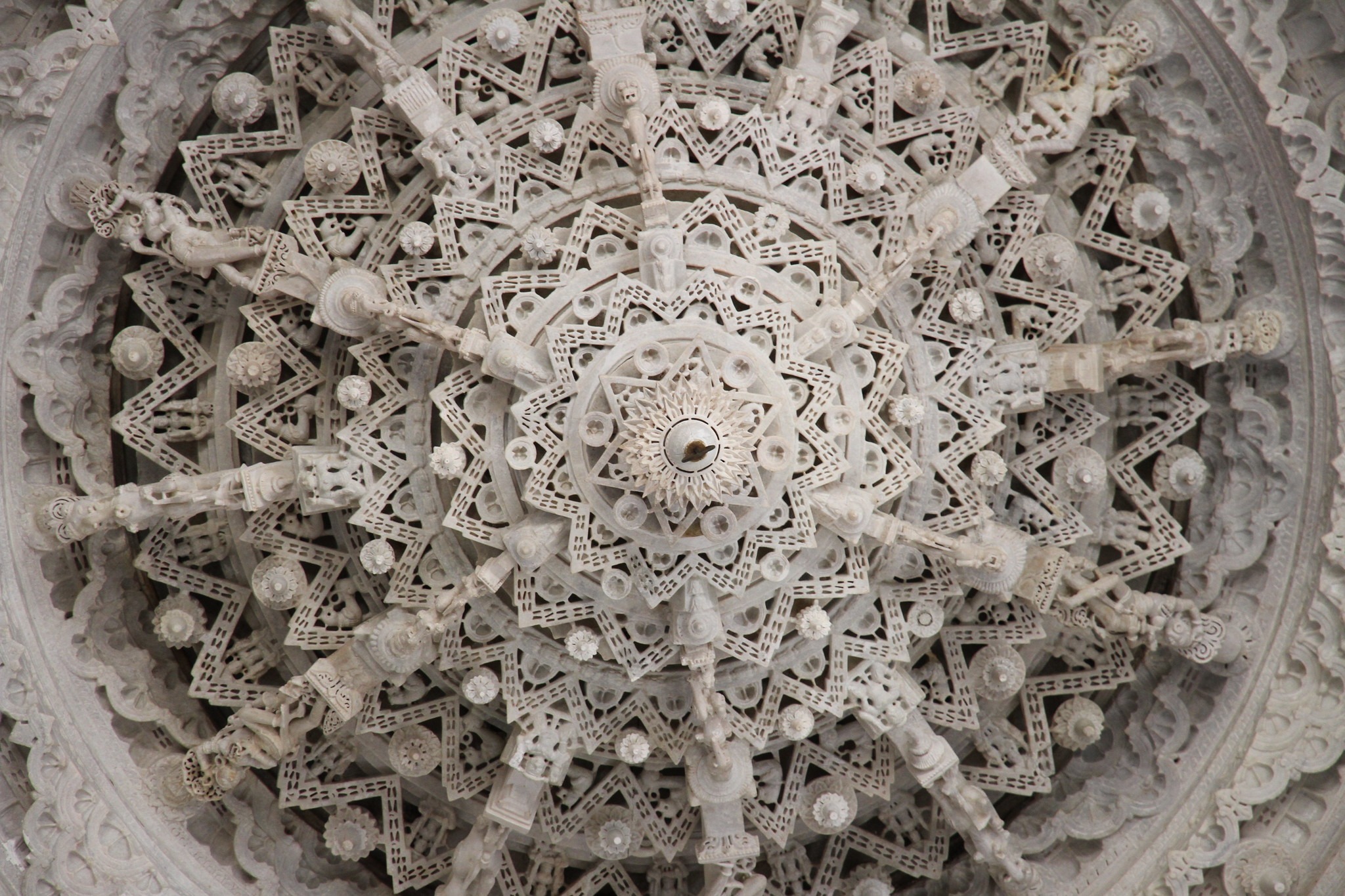 Jamaica Off The Beaten Track - Kingston