In December of 2013, while traveling through northern Thailand, we had the option of visiting indigenous hill tribe villages. As we walked the streets of Chiang Mai, nearly every tourist agency and hotel touted trips to nearby ethnic minority villages by displaying pictures of smiling women in colorful traditional dresses with unnaturally long necks wrapped in multiple brass rings.  Initially, the trip looked tempting and we even considered it.  Then we found out that the process of creating a long neck in local women was a barbaric practice.  It involves putting the first rings on a girl’s neck at the tender age of five and then adding more rings over the years.  As a result of wearing these rings, the muscles in the girls’ neck become too weak to support the head, so the rings become a necessity and cannot be taken off.  Still, learning about this torturous practice was not a complete dealbreaker for us.  Exploring the world, we love observing and learning about other cultures without judging through the prism of the norms of the Western society where we live.  So, we kept an open mind about it.  However, what was a real turnoff for us is that a lot of travelers who visited these minority villages described the whole experience as visiting a “human zoo” and a “tourist trap”.  Specifically, the worst part was that this practice was actually discontinued by these tribes many years ago and only restarted now as a way to lure in tourist money.  Going to a remote hill tribe village for the sole purpose of taking a picture with women who had their bodies ruined for our entertainment was the last thing we wanted to do; so, we gave the experience a pass.

But how and why did I end up in an indigenous village in Panama? In May of 2014, I was traveling to Panama on a solo trip and had 4 days to explore Panama City and its surroundings. After exploring the Old Town (Casco Viejo) and a busy Panama Canal, having survived walking through a former war zone in El Chorillo, and eating as much ceviche as I could possibly handle, I suddenly realized that I had an extra day for a day trip.  I had no pre-arranged plans and had to improvise.  What I quickly learned was that internal travel in Panama was ridiculously expensive. For example, a day trip to visit nearby colonial ruins was quoted to me at $250.  I am still puzzled as to whom the internal tourism in Panama is geared to: some unsophisticated visitors who arrive on cruise liners and have wades of disposable cash sitting around or those moneybags who hide their assets in Panama, but travel in Panama on a budget was turning into an impossible task.

As I was researching various day trips out of Panama City, I came across a website offering a visit to a local indigenous tribe Embera.   The tour price at $140 was still expensive by my backpackers’ standards but was somewhat in line with overpriced local standards.  The price did not bother me that much; what I felt uneasy about was visiting a “tribe” and ending up in a “human zoo,” something that we successfully avoided six months earlier.

The Embera people are aboriginal and semi-nomadic tribes of approximately 80,000 living mainly in Panama and Colombia.  Unlike tribes in northern Thailand, Embera people do not have visible body mutilations, but they are one of the few tribes in the world that still practice female genital mutilation.  Did I really want to go there?  But with no other day trip options available, I decided to take a chance.

The following morning, a local guide in a minibus picked me up from my hostel in the Old Town.  After collecting the payment, the guide informed me that the remote Embera village, where the tour was originally planned to go, was not open, and instead, we were going to a village that was just 40 minutes from Panama City.  This was a bad sign. After seeing my money disappearing into the guide’s pocket, I questioned him about this sudden change of plans.  But the guide reassured me that visiting the tribe near the capital was even a better experience:

-You probably do not want to go to a remote Embera village.  Those villages are just boring.  People do not wear traditional clothes and will not do traditional dances.  Kids wear Chicago Bulls jerseys!  Trust me, this nearby village is better.

Somehow, I was not very convinced.  If Embera people in remote areas do not wear traditional clothes, why would they do so near the capital?  Do they have access to some materials that those remote villages do not have? Or is it because the village near the capital is just to entertain tourists from the cruise ships? On the way out of the city, we stopped to pick up additional tourists (all of them from the U.S.).  After Panama City, with its never-ending forest of skyscrapers, was left behind and we rode in the countryside for about half an hour, our minibus suddenly exited the highway and stopped by a river.

“We are here!” the guide cheerfully proclaimed.

As we exited the minibus, it was difficult to imagine that an indigenous tribe was somewhere nearby.   The busy highway with its speeding and thundering trucks was roaring right behind us.  The guide pointed to a dugout canoe parked by a riverbank that we boarded and took a 15-minute ride to the Embera Quera village.

After disembarking at the pier, we saw the villagers gathered near the entrance to the village to greet us.  On one side, women, dressed in traditional bright clothes, with little children were doing a welcoming dance.  The men, all naked with only colorful bead tunics covering their private parts, were lined up on the other side and playing local musical instruments. After greeting the guests, the village’s chief, as he introduced himself to us, took us around the village.  On this walking tour, he gave us a short presentation on his tribe, the village, and the way of life of the Embera people.  The village was a collection of at least a dozen of palm-thatched huts.  We stopped at a medicinal garden, a local school consisting of a simple open-air classroom, and a dirt soccer field.  As we were walking around, the village looked like a movie set where you would shoot a movie about indigenous people and tropical life but not as a village where people actually live.  And as we were making our way through the village, we saw groups of people doing engagement and pregnancy photo sessions.   If there was any magic in visiting this faraway tribe in a faraway land, it was ruined when a phone rang and the village chief pulled out of his bead tunic … a mobile phone.  He spoke fast in a melodic local tongue, probably arranging for the next batch of tourists to be brought in. After the tour, we were taken back to the center of the village where lunch was served, and we were encouraged to explore and buy local souvenirs from a souvenir stall.  The presence of a souvenir stall in the village screamed a “tourist trap”.  The visit was capped by locals doing traditional dances and inviting tourists to join in.  All of this was way touristy for my taste, but I could not say “no” to a beautiful, young Embera girl covered in tribal tattoos from toe to head when she asked me for a dance.

I would not say that the trip was a complete waste.  I quickly made my peace resigning to the thought that at least part of my money would go to support the Embera people.  And after realizing that the experience was not exactly authentic, I nevertheless tried to enjoy it and have fun as much as I could.  I chased local kids, to whom I was as much of an attraction as the Embera people to me.  Then I was chased by another resident of the village, a pet toucan. The colorful bird, with its oversized beak, followed me around the village and even managed to painfully peck me on the leg several times.  I probably deserved it as I was relentlessly making fun of his beak the whole time.  And in the end, our group had a collective laugh when on the way back from the Embera village our enthusiastic guide fell asleep in the canoe and nearly plunged into the muddy Gatun river. In the end, it was a lesson well learned.  A slightly expensive lesson, but a good one – humans are not meant to be exhibited in a tourist zoo, and treating them as such devaluates the way we see indigenous tribes and the way they view us.  I prefer walking dusty streets and peeking into alleys, yards, and open windows for a quick glimpse of community life, meeting locals in parks and striking up conversations on the streets, taking an unplanned detour into a tiny rural village and getting to know the inhabitants.  I would rather be a casual observer, rather than an audience member with a front-row ticket demanding to be entertained.  In the end, I might experience less, but I would see a hint of the genuine thing rather than carefully curated replicas. 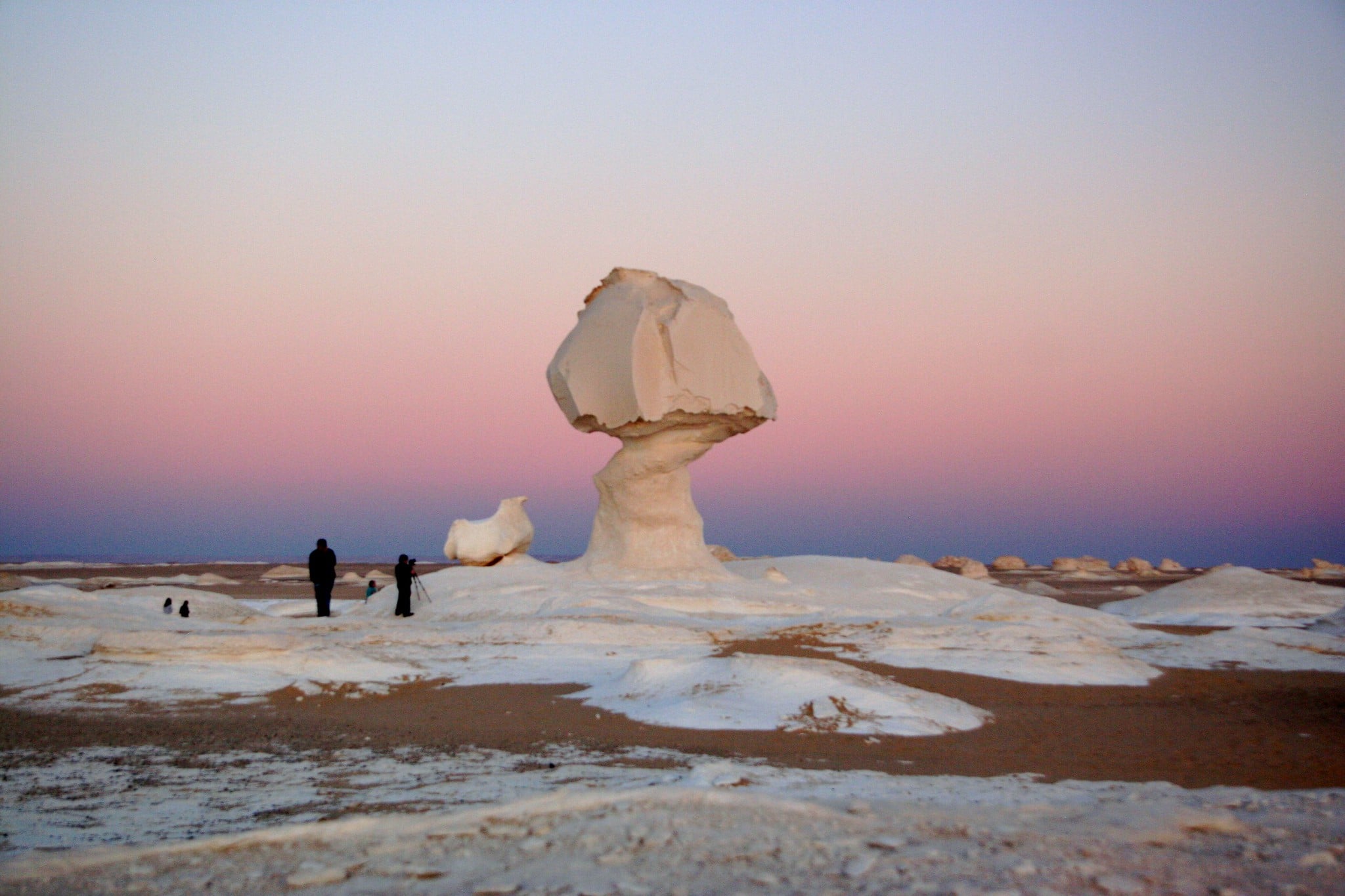 Egypt: Camping in the Desert Mustafa-Style 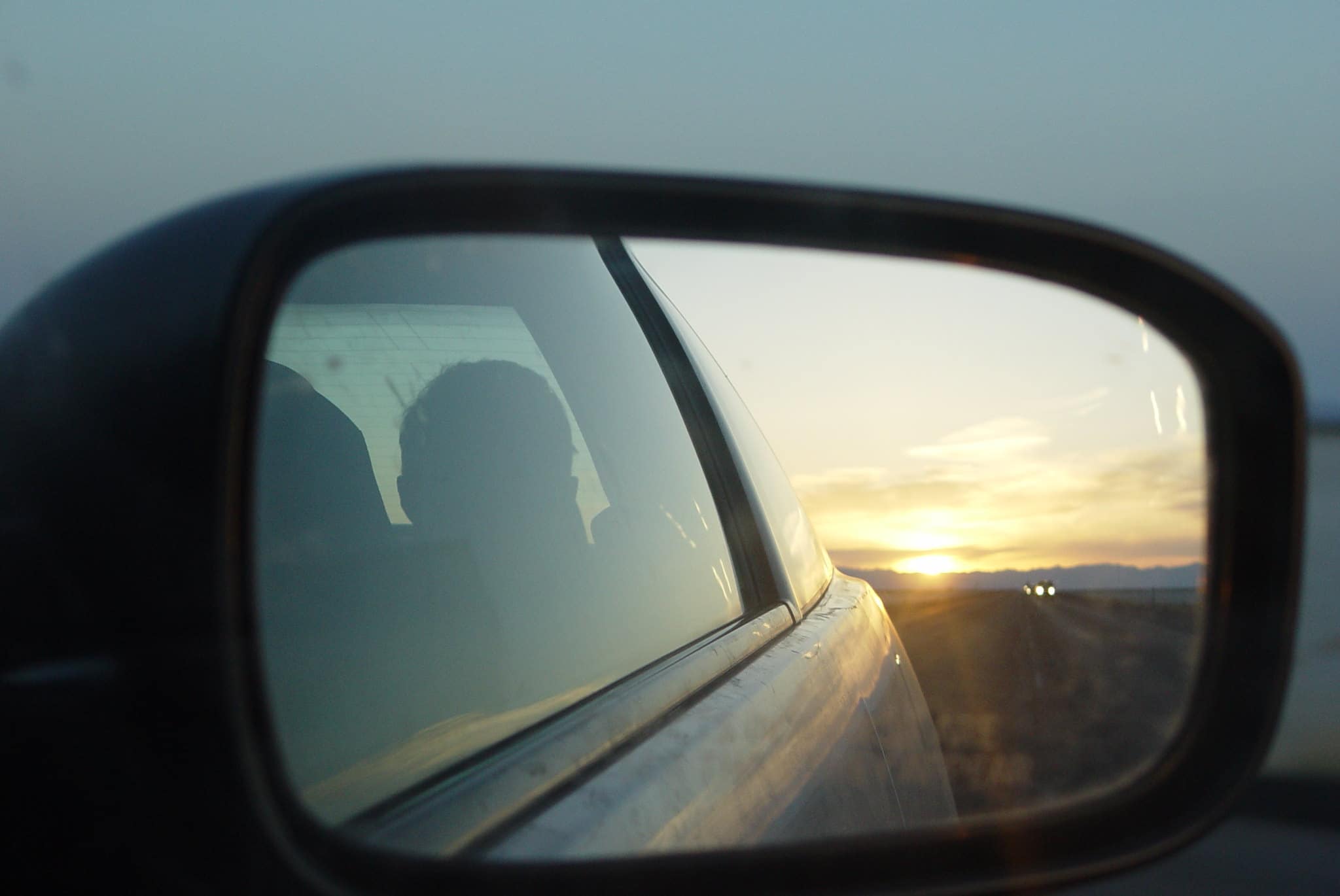 The Trip That Started It All