“I want to try the Full Irish Breakfast,” I said as the plane was picking up the speed down the runway, “As soon as we arrive.”

“You will get the Full Irish experience,” I promise you that.” Victor smiled.

As the plane lifted off and I closed my eyes, a stray thought kept me from falling fast asleep, “What exactly is the Irish experience?”

What did I know of Ireland except for the stereotypes like leprechauns, Saint Patrick’s Day, Guinness, and the Protestants vs Catholic conflict? Was everyone going to be a drunk redhead wearing green?  Were there going to be four-leaf clovers everywhere?  Am I going to even understand the Irish accent?

Ireland simultaneously turned out to be more and less Irish than expected.  While there were no leprechauns or four-leaf clovers outside of gift shops, and no mention of Saint Patrick’s Day (it was September, after all), there was a LOT of Guinness.  We already wrote in one of the prior posts how much the Irish like their pubs and beer, but despite that, we saw very few displays of public drunkenness and none in the daytime.  But despite our anecdotal experience, the troubles with alcohol in Ireland are real.  We got a tiny glimpse into it from a morning radio talk show host who opened the program by casually asking her co-hosts and the audience, “So what is there to do besides drink?”  Apparently, she wanted to cut down on her daily drinking and was at a loss for how to fill her days. Her co-hosts were sympathetic – “It’s hard not to drink!  You go to lunch with a friend, of course, you are going to have a martini!  You cook dinner at home, of course, you are going to pop open a bottle of wine!”   No one who called into the show acted like this was a strange request and everyone had plenty of advice.  Read more books!  Replace alcohol with coffee!  Just make it without drinking from 6 pm to 8 pm and then it becomes easier! It was fascinating to hear just how much of daily Irish life revolves around beer, whiskey, cider, and an occasional cocktail.  What does not seem to factor much into Irish daily life is religion.  All the churches we visited stood mostly empty.  We heard no discussion of religion on radio or TV, the bookstores did not have any religious books prominently displayed, and no one ever inquired what religion we are.  It seems that religious divisions are very much a thing of the past.  The majority of crosses we saw were the Celtic ones in old cemeteries and museums. What we did find surprising was a number of Catholic churches that had signs advertising “Orthodox Services in Ukrainian” for Ukrainian refugees.  Catholic churches are not exactly known for their flexibility when it comes to religious services, so this seems like a giant step in the right direction. So, while a lot of Irish stereotypes turned out to be a thing of the past or hardly based in reality, we did discover that the “Proud to be Irish” t-shirts that drunk American college students wear on Saint Patrick’s Day are the most accurate representation of the overall Irish mentality.  Many museums focused on how much Irish immigration changed not only Ireland but the entire world through the important contributions of the Irish descendants.  I was specifically impressed with the small Blasket Centre museum, where exhibitions and interactive displays presented a story of a unique community on the remote Blasket Islands, and how their language, culture, and literary legacy impacted Ireland and the USA.  Irish authors, poets, artists, and musicians are on display in large cities and small towns.  Locally produced food and products are always proudly labeled “Irish” on every wrapper, sign, label, and menu.  Irish beef! Irish cheese!  Irish sweets!  There is no need to look at the back of the wrapper to see where the product is from, if it’s local, it will be displayed all over the front.  Major talking points of many radio shows are which Irish actors have been cast into which shows, which U.K. or USA reality shows have Irish representation, and encouragement to watch and support the local talent.  When the radio host was giddily describing a young man from a small Irish town who made it to The British Bake Off, it almost sounded like they were talking about a close friend, rather than a stranger they never met. This pride in everything Irish is so prevalent on this small island, it’s hard not to get caught up in the same sentiments.

“What kind of a bird is that?” I asked, pointing at a colorful pigeon.

Besides appreciation for locally produced food, there is a strong demand for local craftsmanship and art as well.  Stores dedicated to selling Irish wool products such as sweaters and blankets, with traditional Irish clan designs are in every town.  We saw store displays full of Irish pottery, Irish soap, Irish jewelry, and Irish glass products.  One of the fascinating stops on our road trip was Jerpoint Glass studio near Kilkenny, where we watched a glassblower handcraft decorative garden spheres using a blowpipe, gob of molten glass, and hot-burning furnace called a “glory hole”.  Fascinated with this process, we asked a thousand questions, and the glassblower was happy to chat with us, as he kept working.  In the end, I decided to keep my artistic impulses limited to pottery, as there were about a million ways someone as clumsy as me could hurt themselves in a glass studio. As we kept searching for more traditional Irish experiences, Victor, who is a giant sports fan, discovered two quintessentially Irish sports – one well-known and one we never heard of.  According to Wikipedia, hurling, not to be confused with curling, is believed to be the oldest and fastest field sport in the world.  It is also believed, mainly by me, that it’s a sport no one outside of Ireland ever heard of.  A quick Google search showed that this sport is played throughout the world and is popular in North America, Europe, Australia, New Zealand, South Africa, Argentina, and South Korea, but… only among members of the Irish diaspora.  So, I was both wrong and right.  We didn’t get to see a match, so our main experience of this sport was discovering a large statue in Kilkenny dedicated to hurling.   We spent a good deal of time painstakingly deciphering the rules of this game only from what was depicted in the statue.  Namely – multiple players in shorts climbing on top of each other while swinging wooden sticks at a small ball.  We decided it was a mix of soccer, rugby, and hockey that most likely had the same rate of injuries as American football.  Next time we are in that part of the world, we’ll catch a match and update this post with a few facts, to replace the conjectures. Horse racing, on the other hand, is a sport everyone has heard of, but not everyone knows how closely it’s linked to Irish culture and society. The racing of horses has a long history on the island and has been mentioned in some of the earliest texts. Domestically, racing is one of Ireland's most popular spectator sports, while on the international scene, Ireland is one of the strongest producers and trainers of thoroughbred horses. We learned all of this by visiting Irish National Stud and Gardens, a thoroughbred breeding facility in Kildare.  We took a guided tour where we met mares, colts, and stallions, living in beautiful pastures, costing their owners thousands of pounds in maintenance and upkeep.

“These babies over here,” the guide said, pointing at the colts running merrily through the field, “Some may be the next racing champions.  Others… expensive lawnmowers!” In the end of the ten-day trip, I had multiple Full Irish breakfasts and a comprehensive daily dose of “The Full Irish Experience”.  The Irish breakfast consisted of eggs, black and white pudding, sausage and bacon, baked beans, grilled tomatoes, mushrooms, and bread.  The Irish experience involved lively people with a wonderful sense of humor, who enjoy a more than an occasional drink, can be fanatical sports fans, and are so prolifically proud of their heritage and their country, that even an occasional tourist can get caught up in the excitement.

I know we certainly did. 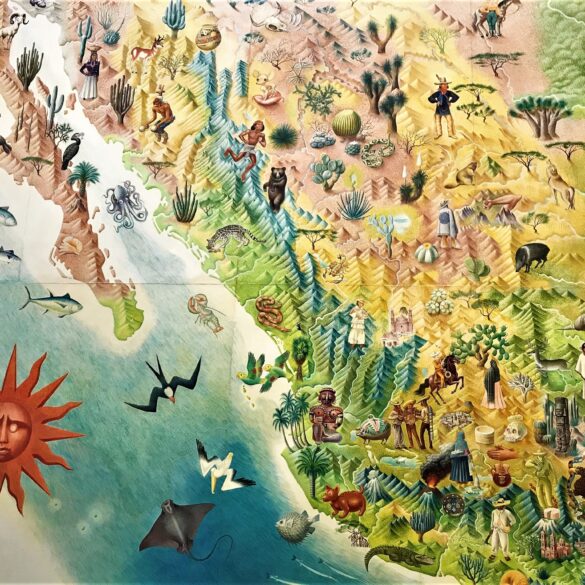 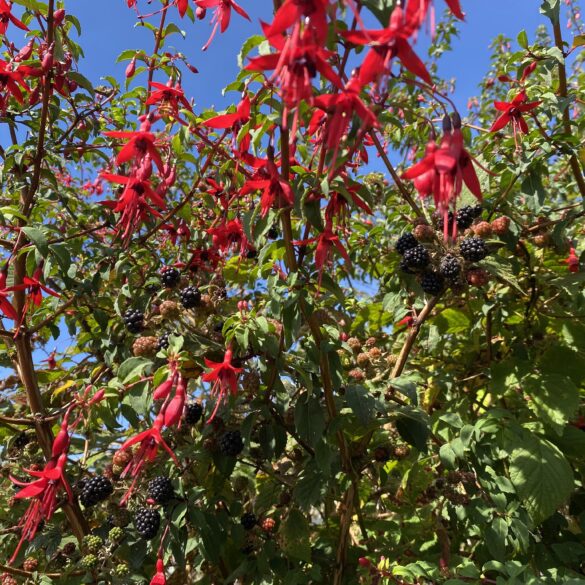