Iceland in a van 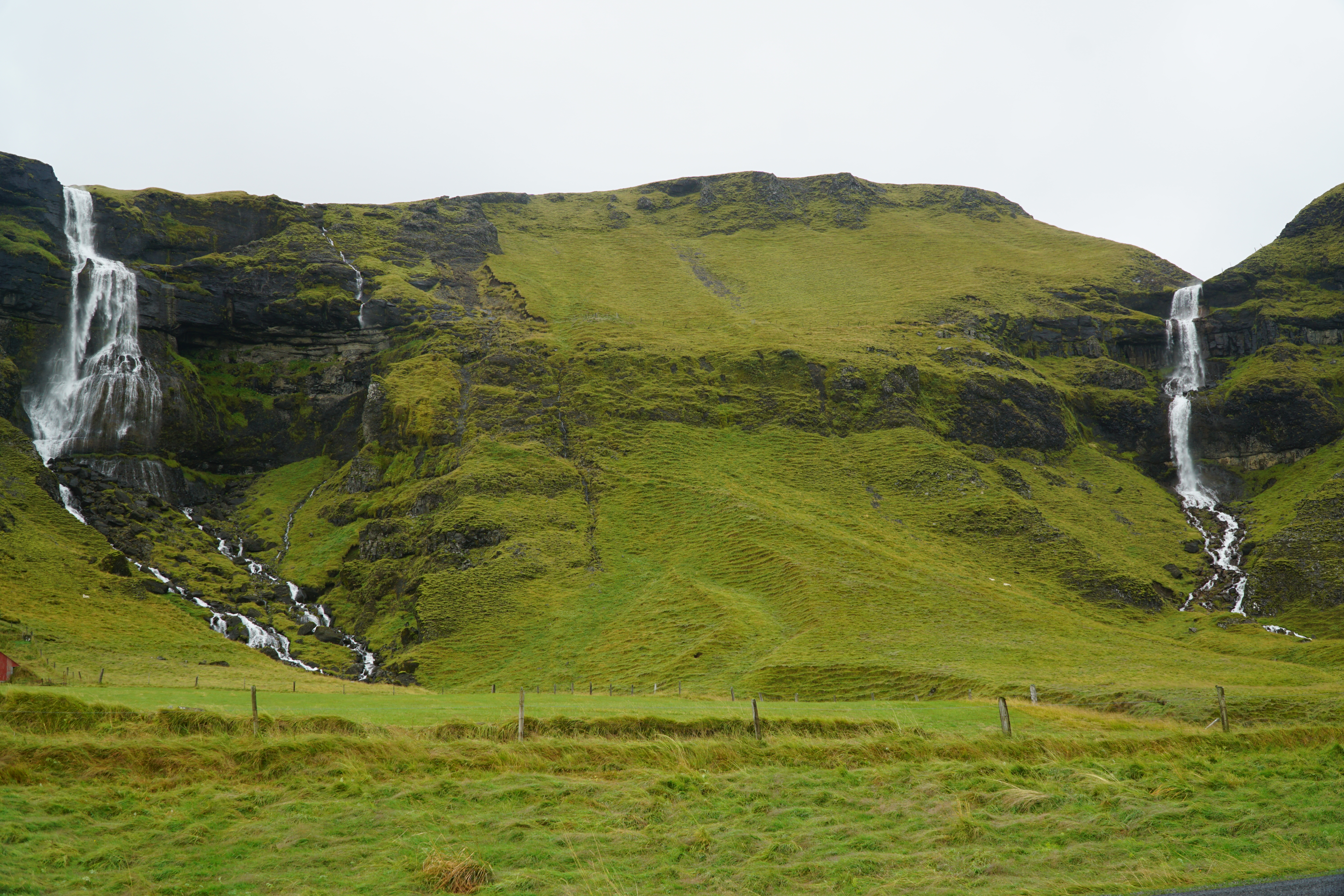 We had 6 days and about $1000 each.  “The tickets to Iceland are super cheap!” Victor called out from the couch, “$400 round trip for around Labor Day.”  In the back of my head, I could faintly remember an article I read about recession in Iceland and how much their currency has fallen.  “Let’s do this!” I yelled back.   It later turned out that article was about 10 years old and the Icelandic economy has recovered quite nicely.  That realization dawned on me when I stared at a $50 price tag per night per bed in a 12-bed dorm on a hostel website.  We were going to blow our budget.  “We are going camping!” I yelled at Victor.

I love camping.  Victor hates it.   We had one unfortunate camping night in Colorado during a road trip, when the mattress deflated and the tent got ripped out of the ground by strong winds and flapped around us all night.  After that, wisely enough, Victor decided that he hates camping.  He will still allow himself to be dragged along occasionally, but he will complain the entire way there and back.  So, Iceland was going to be interesting.

I was able to sell the idea by pointing out that, technically, living in a van is not full on camping.  We won’t be sleeping on the ground!  There will be a normal mattress!  We will be free to sleep anywhere and won’t have to waste time searching for our hotels.  We will save tons of money!  It will be an adventure!  Victor nodded along. He did his best to look convinced.  I immediately rummaged through my camping stuff for lightweight sleeping bags, blow up pillows, waterproof blankets, and LED lanterns.  By the end, a third of my bag was clothes and shoes, a third was camping equipment and a third was food.

That’s right, we brought our own food.  And we were not the only ones.  In the airport, I saw at least two separate families unload boxes of beer off the luggage carousel.  Iceland is an island that imports a lot of its food and food is expensive here.  A small cup of coffee is $4.  Where American commercials taunt a $5 foot long, I bought a 6” Subway in Reykjavik for about $11.  So, I filled our luggage with curry packets, ready-to-eat rice, tuna, dry food, oatmeal, and tons of nuts and granola bars.  We bought bread, cheese, deli meats, yogurt and water in Iceland, but majority of our food came with us.

The van that I rented online had a small, fully equipped kitchen in a back (useful only if you have the back doors open and are standing outside), a full mattress, and words “Don’t Worry, Be Sexy” printed on its white exterior.  If there is one thing harder than not worrying while living in a van, then it has to be attempting to look sexy, while not having electricity.

But the true adversary of pleasant bum life in a van is not the cramped quarters or lack of temperature control, running water, and toilet, it was the one thing we completely didn’t account for – condensation.  Two people breathing all night in a closed off van created giant droplets of condensation on the ceiling, which then proceeded to drop directly on our heads as we slept.  I kept trying to dry off the ceiling and walls with paper towels and dirty socks, but it was a never-ending cycle of wet smelly socks and a small weather system of water above us.   Eww, I know – but what was I supposed to do, sacrifice a perfectly good towel which would then absolutely never dry for the rest of the trip?  We only brought a towel each and needed the towel every day.  Which brings me to another point.  Nothing ever truly dried.  Iceland drizzled or rained or showered or poured buckets of water on us every day, sometimes just for a few minutes, sometimes for majority of the day. Of course, nothing could be hung outside to dry, as it usually rained at night as well, so all the wet shoes and socks and rain pants and jackets had to be laid out in the van, spread out at our feet, adding to the condensation inside the van.

However, despite of all of this, traveling in the van was an absolutely amazing experience.  Every morning we would pick out the least wet of our exterior clothes, pile on dry layers underneath and off we went – watching seals play among stunning fragments of glacier in the Jokulsarlon lagoon, wandering in the basalt caves of the Reynisfjara Black Sand Beach, swimming in a hot springs pool at the base of Eyjafjallajokull volcano, strolling the divide between two continents in Pingvellir National Park.  The van gave us flexibility and a freedom of movement.  There was no need to wake up early and eat breakfast and hurry off to sightsee – we woke up, cleared the fogged-up windows and we were already there, parked at our destination.  We stumbled out of the van, matted hair and sleepy-eyed and there it was – a sunrise over the Atlantic ocean, a giant waterfall cascading down, a couple of Icelandic worshipers heading into a church (in a parking lot of which we ineptly parked in Reykjavik).  Iceland is like no other place I’ve been to – strange and beautiful with haunted coastlines stretching out in the fog, with alien-like moss fields growing on a hardened lava fields under volcanoes, and thousands of clear water streams flowing down from mountains by the Ring road.  Every cramped neck from sleeping on blown up pillows, every dinner made under drizzling rain, every search for a toilet or just a bush, was made absolutely worth it by being a witness to this striking wilderness, by experiencing life with no worries outside of sleep and food and that always lingering question, – “Where are we going today?”  And also, “Do we have any dry clothes?”

Author: Julia
Filed Under: Featured Post, Iceland, Travel Thoughts
Cambodia and Thailand – Us vs. Monkeys of the World
Southeast Asia – No Happy Endings

4 thoughts on “Iceland in a van”