We continue with our stories from the major U.S. baseball ballparks. For Part I, please start here.

You realize that Cincinnati is a baseball town when in a local art museum, just a couple of blocks from the ballpark, you see Andy Warhol’s portrait of Pete Rose, one of the greatest players to ever don the Reds’ uniform (despite all the illegal betting drama that followed his playing career).  We visited Great American Ball Park as part of a getaway weekend trip to Cincinnati and had a lot of fun there.  The main attraction of the ballpark is, arguably, located outside of the ballpark. As we were watching the divisional matchup between the Reds and the Cubs, we constantly looked outside of the stadium to check out the retro-looking riverboats, Belle of Cincinnati and River Queen, transporting tourists on the Ohio River.  The boats, reminiscent of the steamboats that were common in the area more than a century ago, featured multi-level decks, oversized paddlewheels, and elegant smokestacks.  Paying homage to these boats of the bygone era, two very similar smokestacks are installed in the centerfield of the ballpark, from which the fireworks are launched after each Reds’ homerun.  We saw a couple of those fireworks on the day we were there, and fortunately, none of the smokestacks caught fire as happened once several years before our visit.

Another fixture of Great American Ball Park is its iconic dish – a five-way chili.  The dish is quite popular in Ohio and consists of five ingredients:  spaghetti, chili, beans, onions, and cheese.  We tried it, and it was ok.  Nothing to rave about, but it was neither bad nor disgusting.  And only after we came back home and did some Internet digging, did we discover some serious hate directed at this dish calling it, among other things, “the worst, saddest, most depressing *expletive* thing in the world.”  Once again, the dish was just fine, no need to hate it. In 2014, when I visited Atlanta for a couple of days (Julia was traveling to Mexico for her sister’s bachelorette party), I spent an afternoon at Turner Field.  The Olympic stadium-turned-baseball park was not a bad place to catch a game.  I was there on a sunny day in May with the Braves hosting the Red Sox.  Before the game, I walked around the stadium learning about Hank Aaron, Greg Maddux, and other Braves legends.  When the game started, I chose not to go to my seat and instead continued roaming the stadium enjoying the game from various vantage points, all while sipping a Sweet Water, a local beer favorite.  The only major downside of the stadium was its location.  To get to and from the ballpark, I had to walk about a mile each way to and from the nearest MARTA station.  The people who I walked with to the train complained about the stadium’s location and lack of parking and were discussing a new stadium that was already being built at that time.  About three years later, the Braves got their new home at Truist Park.  From what I have read, the new location in the northwest suburb of Atlanta has plenty of parking and provides a more pleasurable visit. (But public transportation is still an issue as it is even more difficult to get to the ballpark now than before).

The game between the Pirates and the Cubs was in the evening leaving us the entire day for exploring Pittsburgh’s downtown.  Trying to learn as much as we could about the city, we spent most of our day at the seven-story Heinz History Center, where one floor was dedicated (no surprise here!) to H.J. Heinz Company and was filled with ketchup paraphernalia from floor to ceiling.  The best part of the museum was the floor showcasing Pittsburgh’s rich sports history.  One exhibit, for example, was about the most dramatic finish to a baseball season that took place in Pittsburgh in 1960. That year, the underdog Pirates played the mighty Yankees in the World Series.  At the bottom of the ninth inning of the decisive Game 7, with the game tied 9-9, Bill Mazeroski, a 24-year-old second baseman, knocked a walk-off home run over the fence, winning the Pirates the championship and sending the entire city into a frenzy.  Another poignant exhibit was dedicated to Roberto Clemente, one of the most prolific hitters in the Pirates’ history, describing his achievements on the baseball diamond and his tragic death in an airplane crash at the age of 38 while delivering humanitarian aid to the victims of a devasting earthquake in Nicaragua.

Loaded with knowledge of the local baseball history, we headed to the stadium.  To get there, we walked the Roberto Clemente Bridge and stopped by the statues of Clemente, Mazeroski, and other Bucs’ greatest players.  PNC Park is a real gem of a ballpark.  It is one of the smallest and coziest ballparks in the entire league, providing a very intimate atmosphere for a ballgame.  However, because our beloved Cubs, in their typical manner, decided not to show up that evening, we enjoyed the stadium and the gorgeous views of Pittsburgh’s skyline more than the game itself. As someone who supports Chicago’s lovable losers, we went to New York City to see their lovable losers – the Mets.  This team is always in the shadow of its mighty neighbor, the Yankees.  It takes a certain level of loyalty for the local fanbase to support a historically mediocre team when a baseball juggernaut is playing just 10 miles away.  The Mets’ fans have suffered enough through the years, although they did enjoy two championships (in 1969 and 1986) and witnessed some of the greatest players donning their uniform, such as Tom Seaver, whose statue is prominently displayed at the ballpark.

Citi Field is a relatively new ballpark, opened in 2009 near the site of the old Shea Stadium.  The most recognizable feature is the Jackie Robinson Rotunda, honoring the player who broke the color barrier in the majors.  The stadium also has one of the most underwhelming traditions in baseball, when a giant red apple with Mets logo awkwardly rises and lights up after the Mets hit a home run. We visited Cleveland in July 2016, when the city was still riding high following the Cavaliers’ historic first NBA title.  The city was also buzzing as it was preparing to host the Republican National Convention, where Trump would receive his party’s nomination for the upcoming presidential election.  We spent the morning visiting the Rock & Roll Hall of Fame and taking a lazy walk by Lake Erie.  In the afternoon, we headed to Progressive Field, located just a couple of blocks from the lakefront, for the Indians/Twins game.  The game ended up being free of charge for us.  No, we did not sneak in; rather, we bought the cheapest tickets available at the box office, collected the bobbleheads that were given out at the ballpark that afternoon, and then immediately sold them online, recovering the price of the admission tickets.

And then our favorite baseball-related story happened. Before going to Cleveland, a friend of ours was planning on joining us on the trip and then canceled last minute. So, it was just the two of us at the baseball game. Because the stadium was half-empty, we decided to find better seats instead of watching the game from our cheap seats.  We walked around the stadium a bit and then found a row of empty seats near the first base.  We settled into our newly-found seats, and I immediately tuned into the game.  Julia, in the meantime, was busy responding to texts from the buyer of the bobbleheads.  There was an empty seat next to Julia that would have been occupied by our friend, had he not canceled.  Just a few minutes into the game, the next batter up swung his bat at the ball, hard and fast, and the foul ball soared directly towards us.  It didn’t look like much coming towards us, just a ball falling through the air.

“Catch it!” I yelled, mostly joking.  Julia, startled from her phone screen, yelped, and shrunk away from the ball, covering her head with her hands.

When the ball slammed into the empty seat next to Julia, the sound of the thunderous crash and vibrating seats scared both of us.  It was only then that I realized just how incredibly fast and deadly it was.

“Why didn’t you catch it?” I asked, at this point entirely joking.

She stared at me like I was crazy, “Do you realize what would have happened if all three of us would have been here?”

We messaged our friend and told him that had he come with us to Cleveland, he would surely be dead now.  He hasn’t traveled with us since.   I don’t know if that’s a coincidence.

Take Me Out to The Ball Game 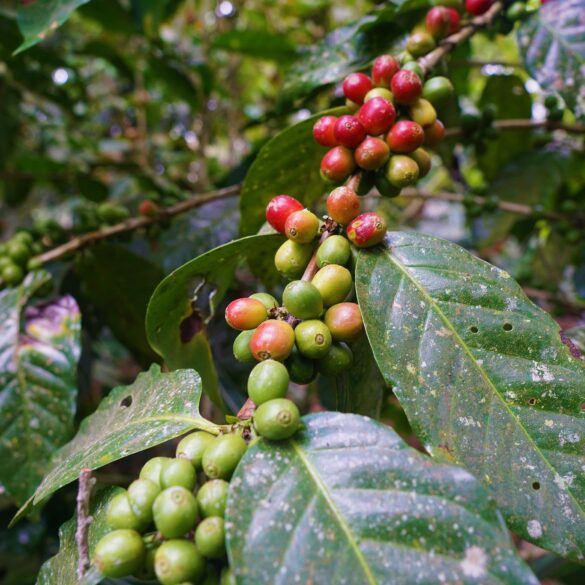