We landed in Ho Chi Minh City after struggling not to sleep through a thirteen-hour flight to Tokyo, a three-hour layover full of Japanese snacks, and another five-hour flight to Vietnam.  We arrived in the early evening, damp air around us deceptively cool, but the asphalt still radiating warmth from the day’s heat.

A call of “Taxi! Taxi!” was coming from every direction.  I ignored the screams, the waving of hands, and all attempts to herd me towards a random taxi and kept walking.  From previous research, I knew that a lot of taxis in Vietnam overcharge and looked for Mai Linh or Vinasun taxis which supposedly use correct meters and charge about 13,000 Dong per kilometer.  Finally, in a long line of honking cars, a green Mai Linh taxi appeared.

Throughout the twenty-minute drive to the city, I kept staring at the meter.  There were four separate fields, each with a variety of running numbers.  I had no idea which was displaying the price, which kilometers, and what the other fields were for.  The largest of the numbers was already in the millions.

“If that biggest number on the meter is the cost in dongs…” I said to Victor while typing numbers into my phone calculator, “then in dollars, that’s… forty.  Forty dollars and we are still ten minutes away from Airbnb.”

“On the bright side, we were very responsible for searching out this specific taxi that wouldn’t overcharge us.” I tried to joke.

For the rest of the drive, I stopped watching the meter and watched the city outside the window instead.  So far it was looking very much like a typical Asian city, except all the signs were in the Latin alphabet, rather than in an unrecognizable script.   On arrival, the driver pressed some buttons on the meter and pointed to a completely different number.  The total came out to $7.  Victor visibly relaxed.  Being overcharged or scammed the moment you step off the plane in a foreign city always sets a bad mood for the rest of the trip.

But Vietnam wasn’t done with us yet.

We quickly checked into our Airbnb, found a little food stall on the street to grab a quick bite of some noodles, and settled in for the night.  After a long day of travel, I was asleep before my head hit the pillow.

The morning Ho Chi Minh City was very different from what we saw on last night’s arrival.  Turns out the Vietnamese wake up early and go to bed early and the evening streets, while in no way empty or orderly, were… well, misleadingly unchaotic.  The daybreak greeted us with a rush of motorbikes on streets, sidewalks, and alleys, a swarm of pedestrians, vendors carrying large baskets of vegetables, tiny plastic chairs crowding the sidewalks in front of food stalls, saddled with people slurping breakfast soup.  Hesitatingly, we navigated crossing several too-wide streets with unending streams of traffic in both directions, often intertwined, and finally made it to the central market where we ate breakfast at one of the many food stalls. The temperature outside kept climbing.  By the time we got to the Reunification Palace, the tickets we were handed at the entrance were moist from humidity.  The palace itself was beautiful – a strange mix of socialist minimalism and Buddhist architecture topped with a roof deck built for meditation but used as a bowling alley.  Out of the windows, I could see two tanks, scattered around the lawn in front of the palace.  The audio guide helpfully explained that one of the tanks got stuck while ramming through the palace gate, and the second tank of the Northern Vietnamese Army finally broke through and effectively ended the Vietnam War on April 30, 1975.  Following the fall of Saigon, the city was renamed Ho Chi Minh City in honor of Ho Chi Minh, the spiritual and political leader of North Vietnam, who did not live to see the reunification of Vietnam.

We have learned much of the atrocities of the Khmer Rouge in Cambodia the year before and felt prepared to dive into the history of the Vietnam War.  Spoiler alert:  we weren’t!  Especially not on the first day in the country.  We explored the Reunification Palace in the morning and listened to the audio guide walk us through the history of the Palace and the Vietnam War (or the American War as it is known here).  It was hard at times to comprehend everything I heard.  It didn’t sound real.  Then, in the afternoon, we went to the War Remnants Museum and I no longer had any trouble picturing all the events we heard about.  Everything was displayed in full gory details on the giant photographs on the walls.  Ditches full of dead bodies, including women, children, and old people, wounded and dying soldiers, violent protests of the war in the US, an entire room dedicated to pictures of children born with bizarre deformities as a result of Agent Orange exposure.  We walked out silently.  We were exhausted from everything we saw, overwhelmed by the relentless turmoil of the city, and sweating through our clothes.  We ate dinner and again collapsed into bed as soon as we got back to our room. The next day, we took a nice and relaxing break from the city and visited a nearby farm, where we got to explore a large vegetable garden, mushroom house and learned to cook several Vietnamese staple foods, including spring rolls and pho.  In high spirits, convinced that the worst was already behind us, we continued our trip outside the city towards the Cu Chi Tunnels.  All our research about Cu Chi tunnels showed pictures of smiling tourists climbing out of holes in the ground, thrilled with their tunnel climbing experiences.  An hour later, we were standing in the jungle, next to a large bomb crater, with our Vietnamese guide meticulously explaining every single thing Viet Cong guerillas and civilians died of in these tunnels – malaria and intestinal parasites, as well as American army flooding the tunnels, bombing the area, poisoning the river, shooting hiding people in the tunnels like rats, and gassing the air holes.  We saw the examples of multiple body-shredding traps Viet Cong dug in the jungle floor for unsuspecting American soldiers.  We watched an old black-and-white propaganda film about half-starved Vietnamese peasants fighting with sticks and rakes against foreign invaders.  By the time we got into the tunnels, the guide explained, “These tunnels have been widened for the tourists.  During the war, an average American soldier would not have been able to fit in here.  The Vietnamese are generally smaller in stature and they were starved during the war, so these tunnels were very very narrow.”

Crawling through the tunnels, I could barely imagine them being any smaller.  People somehow survived here for days at a time, while listening to bombs fall all around them.  They slept, ate, fought, and died in these dark narrow shafts.  Climbing out of the tunnels, I suddenly heard what sounded like gunfire ricocheting through the jungle.  My heart jumped in my chest, but the guide remained calm.

“A shooting range!” he exclaimed, “They put a shooting range here a few years ago.  Would you like to shoot a gun?  You can do an American M16 or a Russian AK47.  Just like during the war.” The first few days of Vietnam absolutely drained us to the point that we spent the last evening in Ho Chi Minh City sitting on a tall curb outside of our Airbnb, watching motorbikes zip by, and contemplating our itinerary.

“I don’t know if this was a good idea.” Victor said, his voice fatigued, “We shouldn’t have started in Ho Chi Minh City.  The war… the heat… the city itself… it’s overwhelming.”

“We are almost out of here,” I said, as always trying to remain optimistic. “It will get better.”

“Next is Hue,” Victor signed, “A lot of people recommended we skip Hue altogether.  I have no idea what it will be like and if it will be better than this.”

We sat silently on the curb.

“We could just skip out on the rest of Vietnam and go back to Sunset Beach in Cambodia.” I joked. “Sun, waves, sand, and most importantly – no war and no traffic”. We didn’t know it then, but we would absolutely love Hue, and being there would lead us on a very unexpected adventure in the jungle.   The rest of the trip, including Hue, went so well that Ho Chi Minh City quickly faded from our minds.  But the information we learned, the pictures, the videos, the audio guide history lesson, all of that gave us a prism through which we viewed Vietnam for the following two weeks – a broken country reunited, an impoverished nation fraught with a staggering death toll, citizens who fought for socialism having to live under its rigid conditions.  We may not have loved Ho Chi Minh City, but we would have lost an important piece of the Vietnam puzzle had we skipped it. 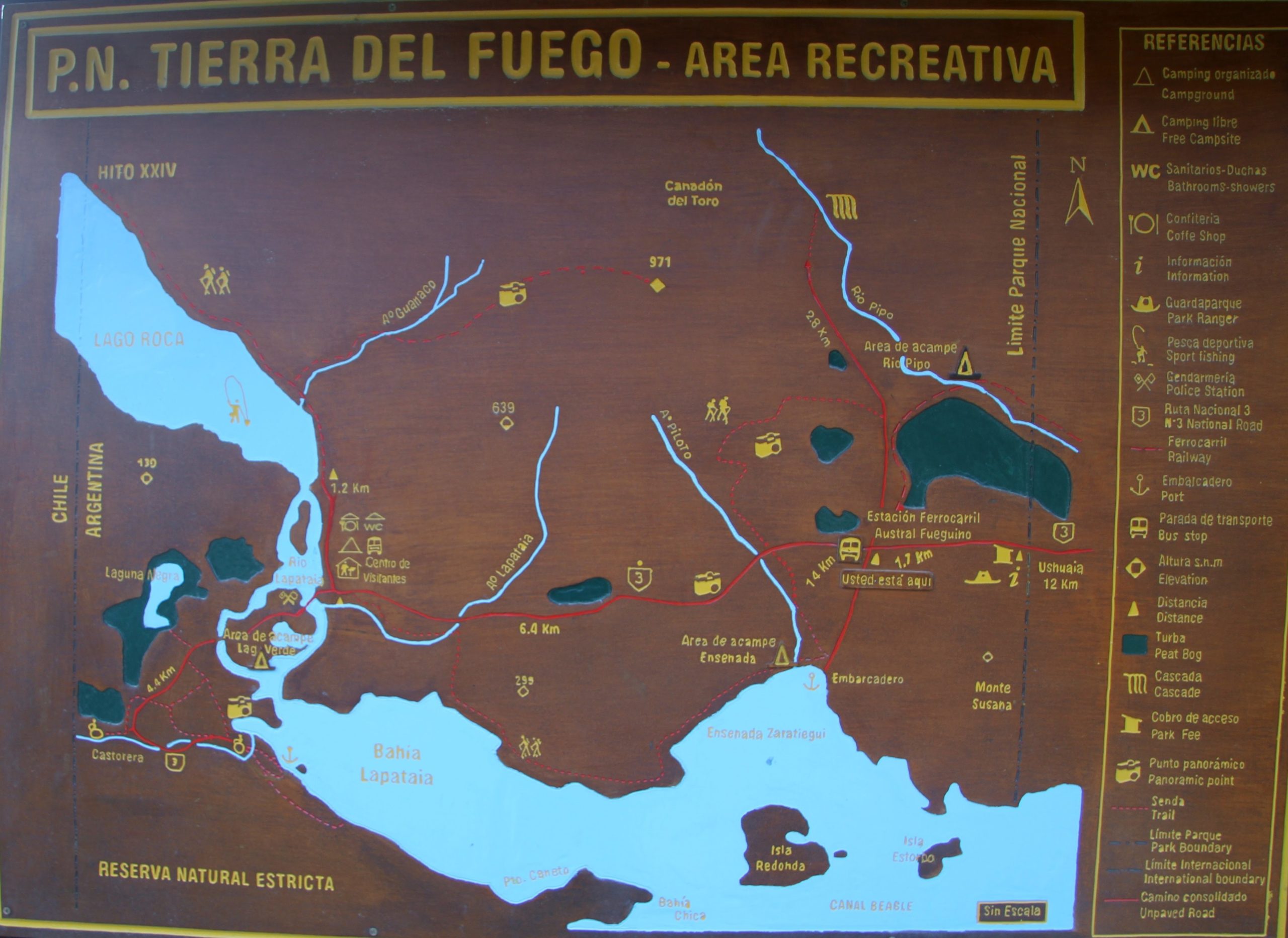 Itinerary Hell: I Hate It Here, I am Never Coming Back!

Accidental Medical Tourism or When Will This Stop Hurting?