We woke up in Kinsale to the sound of steel beer barrels being rolled down the cobblestone street.  The ultimate Irish alarm clock!

After quickly grabbing coffee and splitting a scone, we started the day in this little sleepy Irish port town by taking a highly recommended walking tour.  The old, cheery Irish guy briskly shuffled us through the colorful streets of Kinsale, delivering local tales and legends while intermixing historical facts with puns and dad jokes.  The most important historical event took place in Kinsale in 1601 when England and Spain squared off fighting over the control of Ireland.  The British obviously won, as our guide aptly noted, for if it was otherwise, the walking tour would have been in Spanish. The Battle of Kinsale sealed Ireland’s fate, making it a colony of Britain for the next 300 years.

As the tour was wrapping up, the guide suggested we visit the Charles Fort, about 2.5 kilometers from the town on our own time.  However, the instructions he gave were somewhat off.  Instead of describing what to see along the way or what to do at the fort, he went like this:

-You walk 700 meters, then there is The Spaniard Inn.  Stop by to have an apple cider.  Then, get on High Road, walk another 1.5 kilometers, and you’ll see The Bulman bar.  Stop by.  Have a drink.  And then walk the last 200 meters to get to the fort.

The time was 10 a.m., and we barely paid attention to his instructions.  Who would be drinking this early in the morning? Thirty minutes later, we were sitting outside of the beautiful Spaniard Inn sipping delicious apple cider.

You know how they say - it is a journey, not the destination, that matters?  The hike to the Charles Fort was exactly that.  Although we did enjoy the massive military fort that the British built following the Battle of Kinsale to control the harbor and searched through every nook and cranny until closing time, the favorite part of the day was this not-very-sober hike to the fort.

After the walking tour ended, we headed in the direction of the fort, following the route suggested by the guide.  We walked past colorful, cute homes, many of which housed pubs, coffee shops, and Michelin-star restaurants.  Kinsale is a gastronomical center of Ireland, and we planned to have a nice dinner later that evening.  Leaving the town center, we took a sharp right and followed the steep road up which brought us to the advertised Spaniard Inn.  We had no plans to stop by.  We just wanted to snap a couple of pictures and continue to the fort.  Yet, as we got closer, the pub started to look more and more appealing.  The imposing building was postcard-pretty and had a beautiful mural on its wall.  There were several older people sitting outside, chatting and sipping their beers and apple ciders.  The atmosphere was idyllic.  Although this was a Tuesday morning, with the air warm and the sun brightly shining, it felt like a summer Sunday brunch.  And despite initially scoffing at the idea of ordering alcoholic drinks this early in the morning, we ended up with a pint of apple cider just as the tour guide suggested.  When in Rome, do as the Romans do.  By drinking apple cider on this sunny warm morning, we were also maintaining our streak of “not a day without apple cider or beer in Ireland”. The history of the pub was also quite fascinating.  The pub was built on the site of an old castle in the 1600s, and for centuries was a hangout place for sailors and fishermen.  The “Spaniard” in the name referred to General Don Juan d’Aquila, who commanded the Spanish troops in the Battle of Kinsale.  Despite Spain losing the battle, the memory of the brave Spaniard still lives on.

Chilling at the pub was nice and relaxing, but we made the mistake of not eating a proper lunch there.  The pub owner warned us that because this was a Tuesday, he was not sure if we would find food near or at the fort.  The Bulman bar down the road, he told us, was serving only drinks on Tuesdays.  We ignored the warning and soon regretted the decision. Once we stepped outside the pub and resumed the hike, we quickly realized that we were growing hungry.  Our breakfast was very light and drinking apple cider on empty stomach made us even hungrier.  Here we were, two hungry travelers on the outskirts of the gastronomical capital of Ireland.

But our salvation was just around the corner.  As we continued the hike, I suddenly spotted something.  Along the road, on each side, there were bushes of fuchsia and … blackberry.  A lot of them.  Never-ending bushes of blackberries.  Like two clumsy, hungry bears we thrust ourselves into the bushes and started to stuff our faces with blackberries.  They were ripe, juicy, and deliciously sweet.  Passing locals looked at us with fascination, but we could not care less.  Right before leaving for Ireland, we bought a small container of blackberries for $4.99 at a local supermarket, and now this stuff was here in unlimited quantities and free.  This was our lunch! After spending nearly 30 minutes in these bushes and eating what must have been $100 worth of blackberries, we finally stopped and reminded ourselves that we still needed to get to the fort.  Our lips, gums, and teeth were all black with blackberry seeds stuck between the teeth.

When we left for this hike in the morning, I expected that we would make it to the fort in 45 minutes.  However, between apple cider drinking and blackberry foraging on the side of the road, we were not even halfway to the Charles Fort two hours after the departure.  We continued the hike enjoying the views of the Kinsale harbor and occasionally stopping to eat more blackberries.  Soon, we saw the second of the two pubs mentioned by the tour guide, The Bulman.  And since we stopped at the first pub, we thought that it only made sense to stop at the second pub to complete our pub crawl.   We grabbed another apple cider and settled outside, stretching on the ocean concrete wall, taking in the sun and the views of the harbor.  The lazy day was becoming even lazier, and the second round of apple cider was working its magic.

Laying on the concrete wall and listening to the sounds of the ocean and seagulls, we were wondering if we even needed to go to the fort, considering that the last 200 meters were a steep climb to the top of the bluff.  Of course, we ended up going there and spent the good two hours roaming around the fort, but, as I mentioned earlier, the hike to the fort was the best part of this journey.  On the way back to the town, we once again enjoyed the views of the harbor and ate even more blackberries. We finished the day by having dinner at one of the Michelin-star restaurants in town (we could not just leave Ireland’s foodie destination by eating roadside blackberries).   After dinner, while strolling the town, I wondered if we did the town correctly.  Doing a pub crawl is rarely how we see places.  With these thoughts swirling in my head, we came across a shop with posters.   Specifically, it had images of various Irish towns.  And for Kinsale, there were two posters for sale: The Spaniard Inn and The Bulman Bar.  It looks like we did Kinsale properly after all.

As for blackberries, after leaving Kinsale, we traveled for another five days through southwest Ireland, and blackberry bushes everywhere.  And while the locals were ignoring these delicious berries, these bushes constantly provided us with a healthy, free snack.   It turns out, you can do Ireland on the cheap. 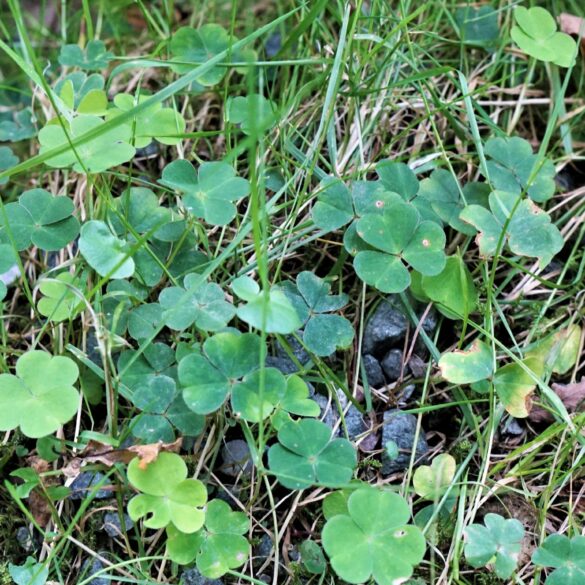 On the Edge of the Crater: Volcano Hiking in El Salvador