Looking back at the European trip 2002, I am amazed just how many things went wrong and just how unbothered by all this we were. Being young and optimistic and most importantly not being too concerned with screwing up our itinerary played in our favor. We showed up early at Hamburg train station to make sure we find the correct platform and don’t miss out train. It was only a few days into our trip, and we were still under impression that as long as we made minimal effort, things would go our way.  We were on the correct platform and only a few minutes from when our train was supposed to arrive, when what sounded like a routine announcement in German got all of our platform companions scrambling and running up the stairs.

“The train was moved to another platform!” yelled Max and grabbed his 32-inch suitcase. We clutched our luggage and ran, trying to catch up with the crowd. Just a few minutes later, another announcement solicited a joint groan from everyone and off we went, running yet to another platform. Poor Max never looked unhappier dragging his giant suitcase up and down multiple staircases. A few days later, on a train going from Cologne to Frankfurt, my sister earnestly asked Max what he had in his huge suitcase.

“Oh…” my sister said, “Then why are you always wearing the same T-shirt?”

Max looked thoroughly shamed, immediately grabbed his suitcase, and dragged it to the small train bathroom.  He emerged a few minutes later and paraded up and down the aisle in a brand-new shirt, while my sister and I oohed and aahed.

The train from Cologne to Frankfurt also didn’t come without its own mishaps. In fact, we missed it. We bought tickets to it, we stood on the platform next to it, and for some reason thought we still had 15 minutes and went to call home from a phone booth on the platform. The train took off as my sister was telling our father how much fun we were having on the trip. Thankfully, the next train was only an hour later. We arrived in Frankfurt to spend a few days visiting our maternal aunt, cousin, and niece. The next stop was Munich, where we were going to be meeting up with Andrey and George. My aunt filled a large plastic container with meatballs as a casual train snack for our 6-hour train ride to Munich, and if you have any Russian relatives, you will recognize this as completely normal behavior.

“It’s an overnight train,” said Max. “Why do we need meatballs? We’ll be sleeping.”

It was a hypothetical question because Max also had Russian relatives and knew exactly why we were hauling several pounds of meatballs to Munich. Besides the meatballs, we also received very detailed instructions on which trains to take and what tickets to buy. My aunt gave me a note with the names of all trains, train stations, and even how many train stops each journey will take. We waved goodbye to her from the windows of our first train and just 10 minutes later missed our stop and completely screwed up her well-planned itinerary. By the time we made it back to the correct station, we missed our overnight train to Munich. The good news was that we could simply take the next train. The bad news was that the next train was going to be in 4 hours. In relatively neutral news, there was also a far more expensive Express train in about an hour and a half and the tickets we already purchased would not be accepted on this train. But remember, we were young and optimistic, and we had meatballs. 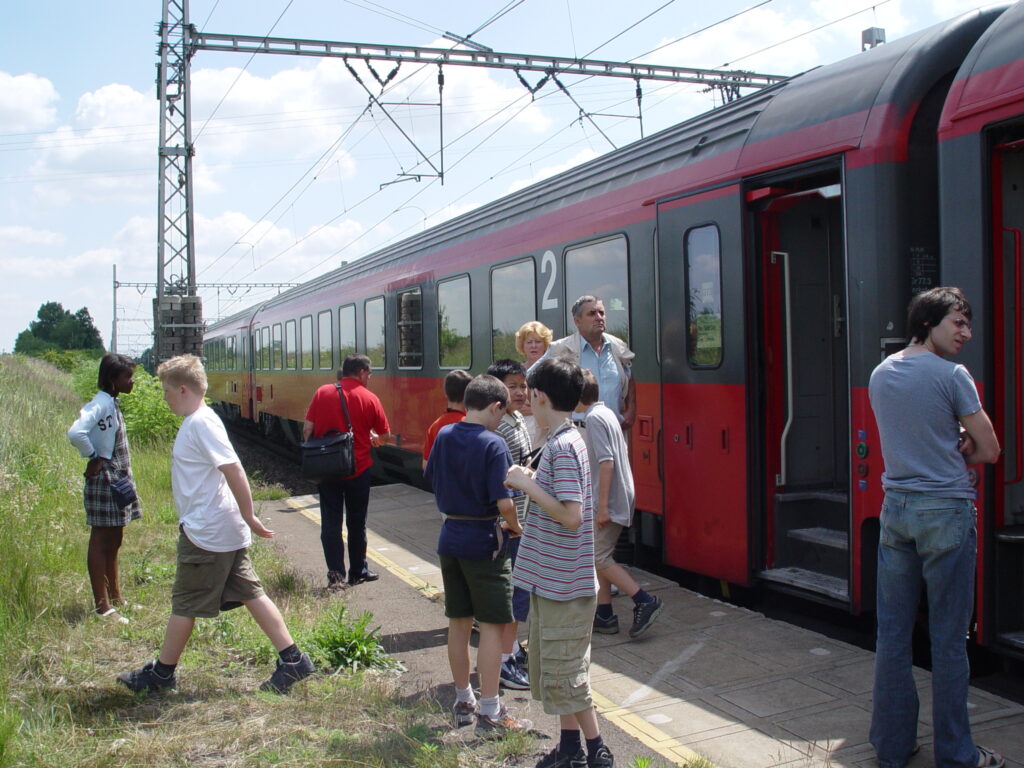 “We are going to chance it.” I decided. By this point, I had already realized that both my little sister and Max unquestionably followed me anywhere, including breaking and entering into a Hamburg hostel.  My sister has been conditioned by years of growing up under my totalitarian control. Max, it seemed, was just a very easygoing guy.

We found a closed train station café with unattended tables and chairs, ate our late-night meatball snack, and fell asleep right on top of their tables. An hour and a half later, we approached the Express train, trying our hardest not to look like people sneaking onto an expensive train with cheap tickets. We got on and settled in with no issues. No one checked our tickets and there were plenty of empty seats. We were feeling so confident, we spread out on multiple seats so that each of us could stretch out and sleep lying down.

Just a few hours later, I was shaken awake by a very persistent train conductor, who was mumbling something in German and clicking his ticket punch impatiently. When pretending to still be asleep didn’t work, I grumpily handed over three tickets and pointed out my sister and Max sprawled out nearby. The next five minutes consisted of the conductor trying to explain in German, English, and French that we are on the wrong train, and me pretending to speak none of those languages. I started answering him in Russian and then randomly switched to a made-up language as my half-asleep brain got paranoid that this polyglot might speak Russian as well. In a final act of desperation, I pointed at the train we were in and asked, with fake urgency, “Munich?”  When he confirmed it with a nod, I acted relieved, pointed to my tickets, and happily exclaimed, “Munich!”  He signed and walked off, still clicking his ticket punch.

To this day, I can’t believe that worked. We ate our leftover meatballs breakfast as the train was approaching Munich and getting full of commuters going from outskirts to downtown. My sister was still upset that someone woke her up as she was sleeping across two seats and asked her to slide over to her own seat. She glared angrily at the confused office worker sitting next to her, who had no idea why this disheveled teenager was eating meatballs at 7 am on a train.

This was in no way the end of our train adventures. Next post: We get caught being accidental fare dodgers in Hungary. 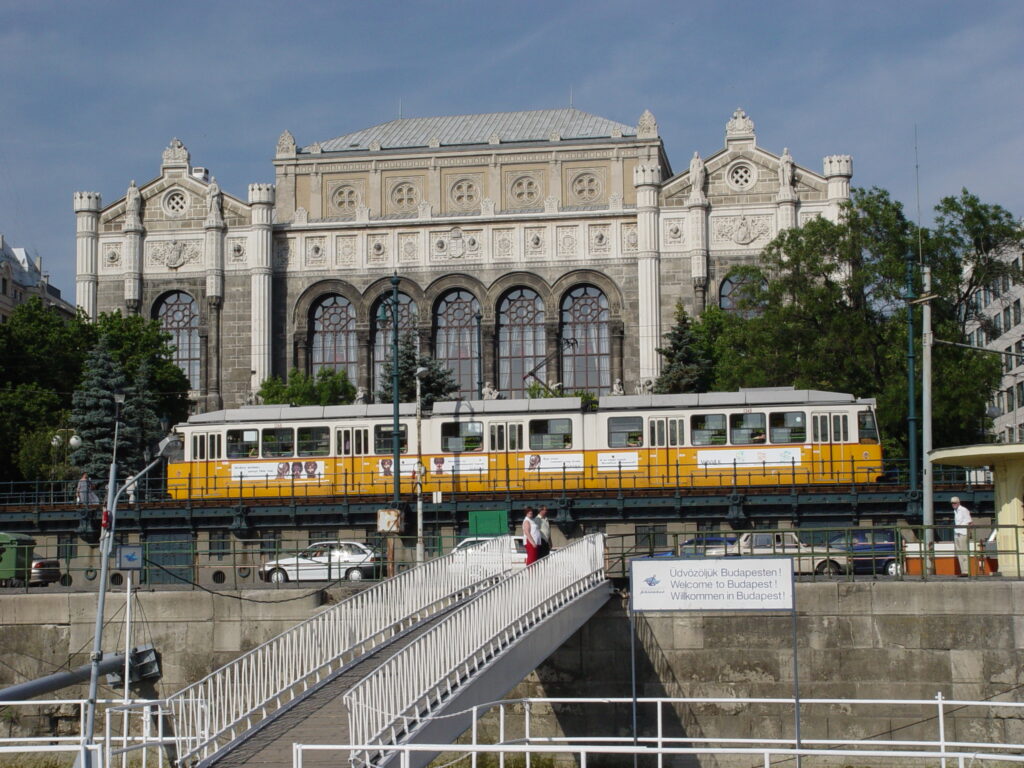