Earlier this month, we went to see one of the hottest shows in Chicago right now – Immersive van Gogh Exhibit. The exhibit allows visitors to explore the masterpieces of Vincent van Gogh through 360-degree digital projections and an atmospheric light and sound show. Sitting in a large hall surrounded by changing images of the artist’s works, we were enthralled and floating within bright, swirling Post-Impressionist colors. As we were mesmerized by the atmosphere, I couldn’t shake a strong feeling of déjà vu.  I’ve been here before, I felt just like this before. But when and where? Then finally halfway through the show, it suddenly clicked! Of course, Auvers!

We visited Auvers-sur-Oise in the summer of 2009 by taking a day trip out of Paris. This little picturesque village 40 minutes northwest of the French capital had long been the place that I wanted to visit. In law school, during breaks between studying law, I got fascinated with van Gogh. I had read his biography, numerous books on Post-Impressionism, and van Gogh’s letters to his brother and art dealer Theo.  I also took every chance to crisscross the country to see van Gogh paintings at various U.S. art museums. By the time I graduated from law school, I was well versed not only in the Federal Rules of Civil Procedure and Rules of Evidence but also in the biography and works of one of the most celebrated artists in history. Because this van Gogh-mania period of my life coincided with our trip to France, we couldn’t miss a chance to make a pilgrimage to Auvers. 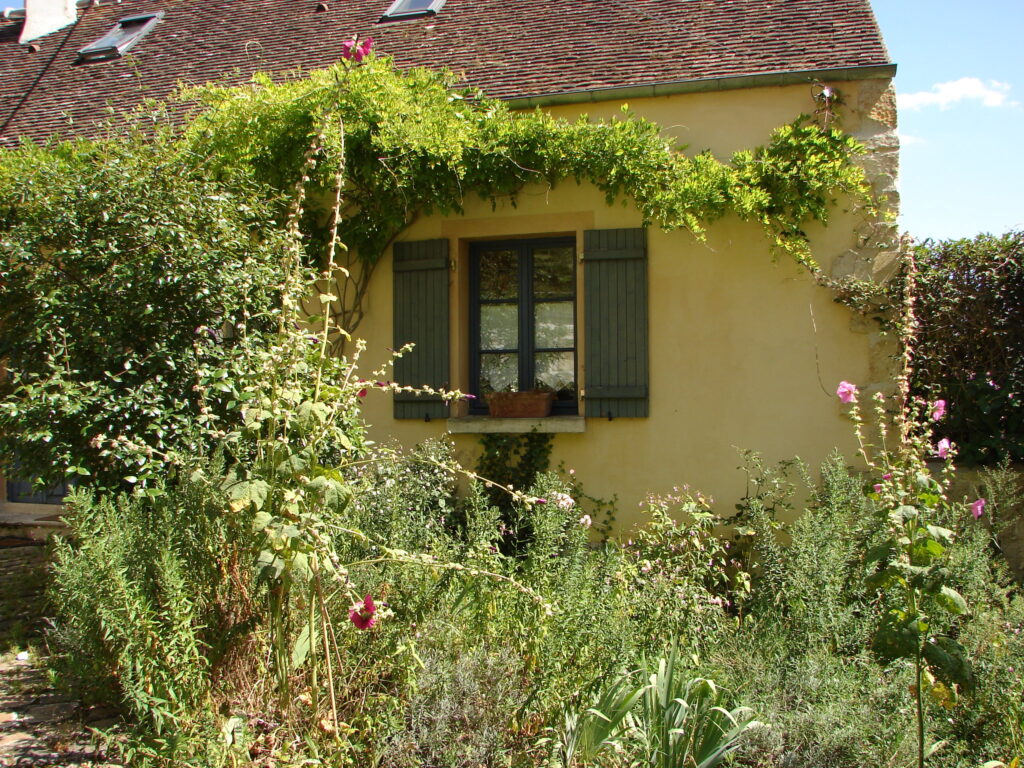 Auvers-sur-Oise has always been a magnet for artists. Before van Gogh, young Cézanne under the fatherly tutelage of more experienced Camille Pissarro was taking his first steps here painting French countryside in grey drab colors.  Later, Cezanne’s style would evolve, and he would go on to become the “father of modern art” influencing generations of artists with his geometric depictions of the world. Pissarro, although often overlooked, also worked here painting local landscapes in the Impressionist style.  Other French artists, such as Charles Daubigny, Camille Corot and Honoré Daumier, worked here as well.  Yet, Auvers is mainly associated with Vincent van Gogh who lived and painted here in the last weeks of his life.

The day we spent in Auvers was like the Immersive van Gogh Exhibit experience as we walked through the scenes from van Gogh’s paintings.  Cypress trees reached to the swirling skies, shimmering yellow wheat fields laid out in front of us, green vines climbed up brick walls all around us, just as they did around van Gogh, and just as they did in his paintings. The timing for our visit was just perfect.  We visited Auvers in July and saw with our own eyes what van Gogh saw and painted here in the summertime (van Gogh arrived in Auvers in May of 1890 and died two months later).  For the entire day, we were immersed in the bright summer colors of this French village, verdant greenery, blue skies, and fluffy clouds, straight out of the world’s most famous paintings.

To promote tourism, the village has installed reproductions of van Gogh paintings next to the sights that he painted.  We enjoyed the scavenger hunt, discovering place after place painted by the artist. A lot of locations looked exactly how van Gogh found them 120 years before us.  The city hall from his painting, for example, has not changed a bit.  The local church also looked nearly identical as depicted in his painting, except it was covered in scaffolds and was closed for restorations on the day we visited. Van Gogh was a prolific artist and painted nearly every corner of Auvers. 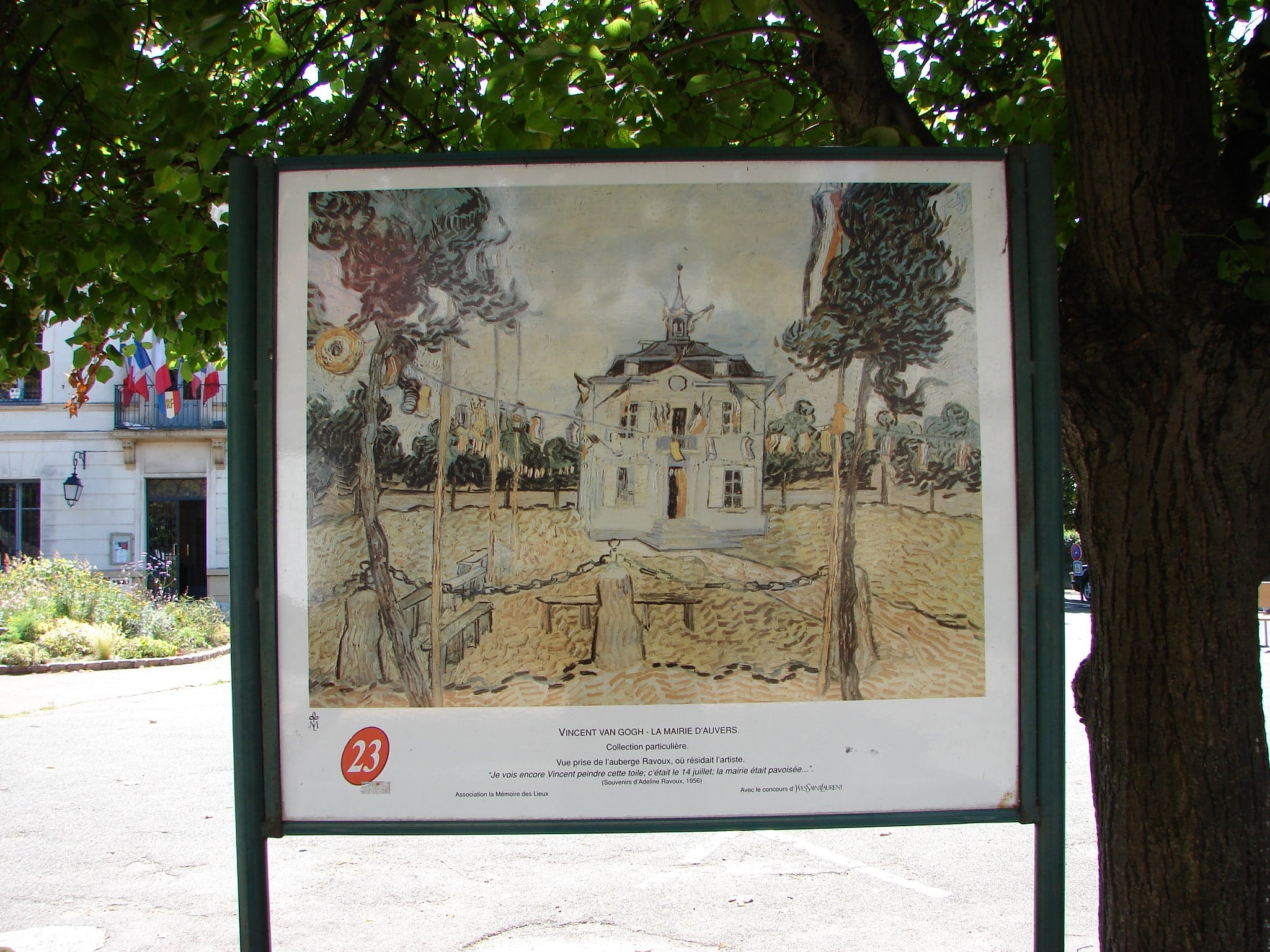 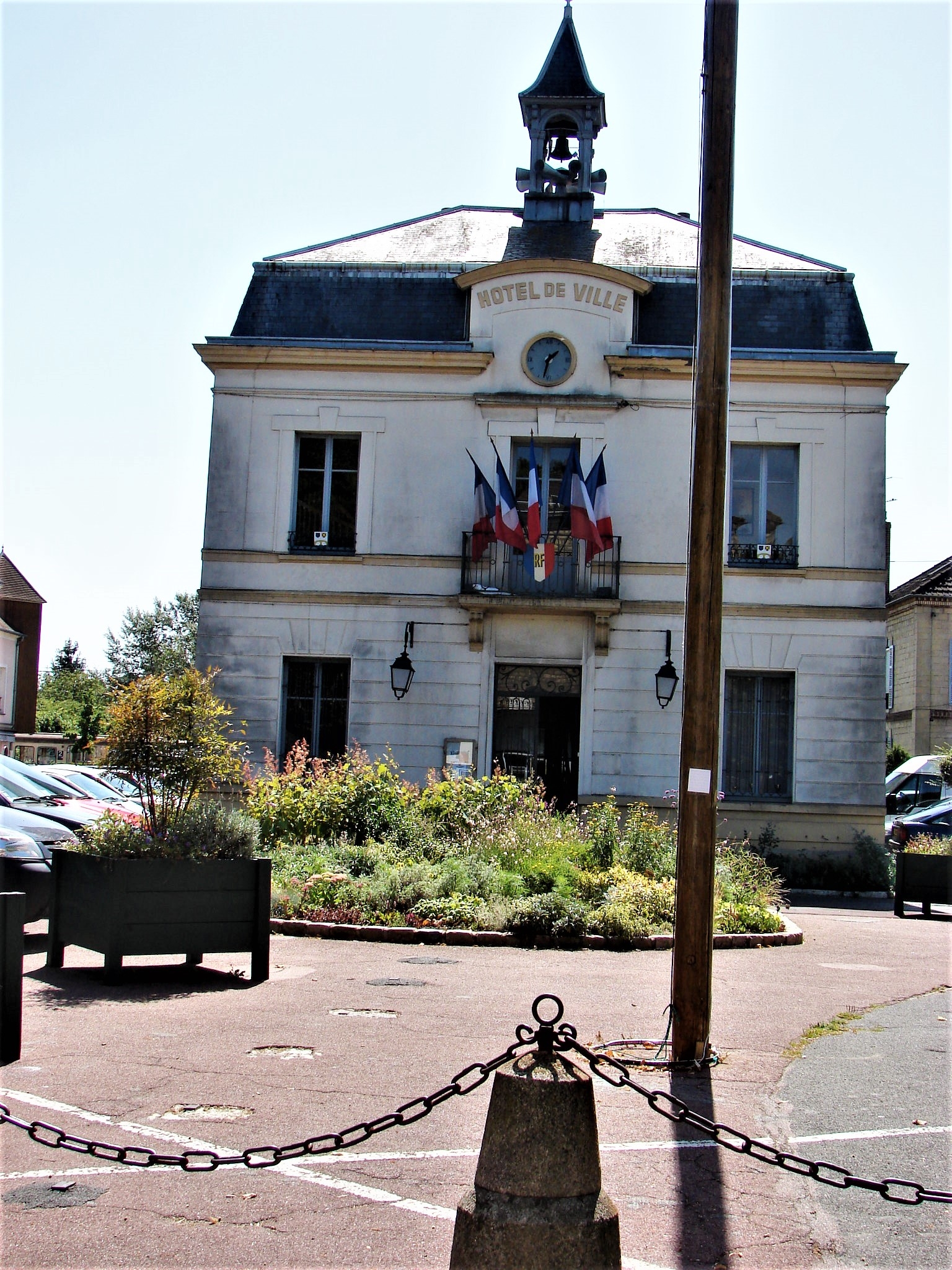 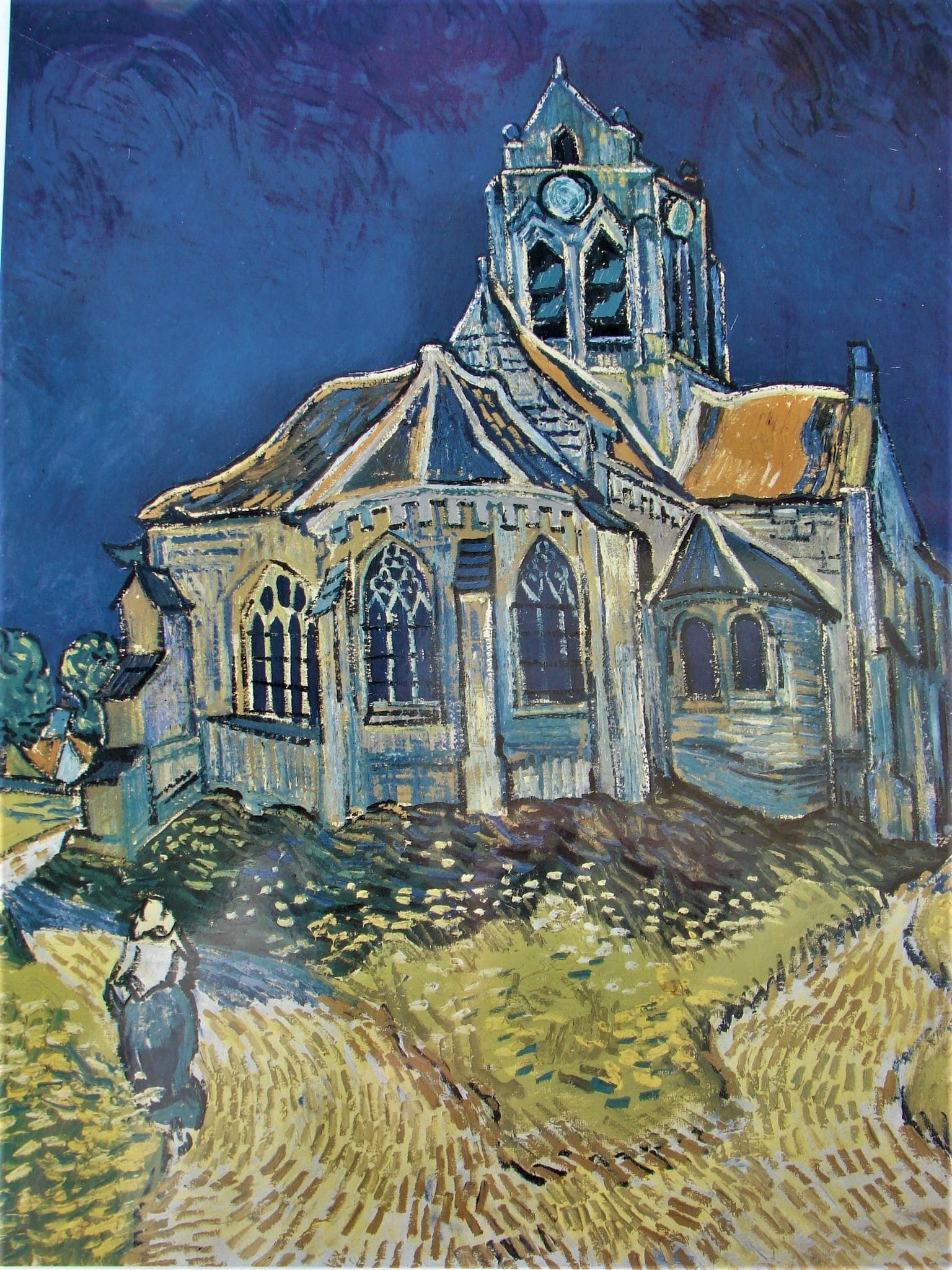 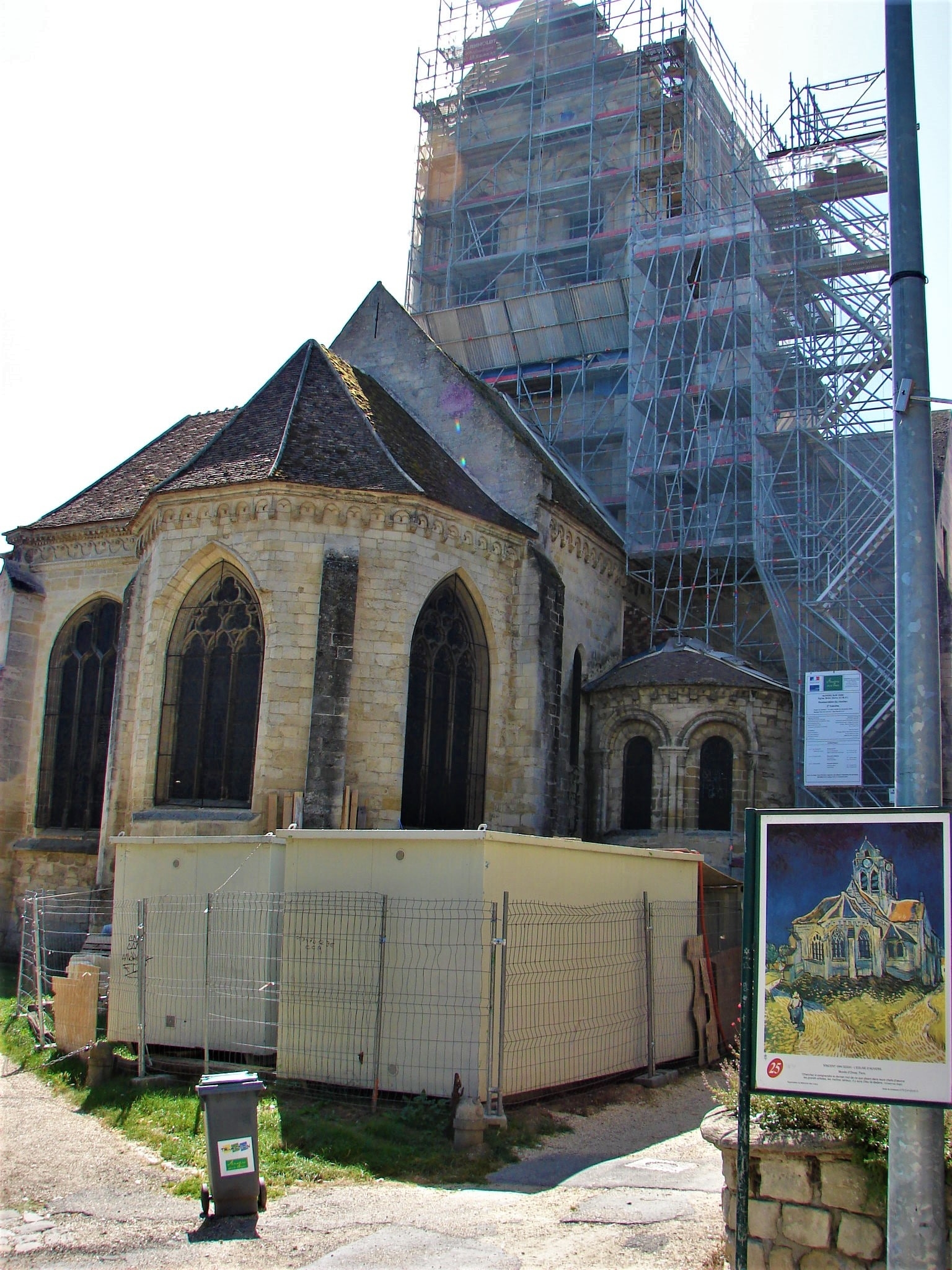 The mandatory stops on our itinerary also included the house of Dr. Gachet, the doctor who cared for van Gogh after his arrival in Auvers following release from a mental health asylum and whose melancholic portrait van Gogh painted here. We also stopped by Auberge Ravoux to see van Gogh’s austere bedroom on the top floor where he took his last breath on July 29, 1890, two days after shooting himself in the chest in the nearby wheat field. And of course, we paid our respect to the Dutch master resting in peace at the local cemetery right next to his beloved brother. The tall cypresses towering as obelisks (in van Gogh’s own words) solemnly dotted the cemetery.

For van Gogh lovers, Auvers is a true paradise. It is also easy to see why this place has attracted other artists. It is a tranquil, picturesque village with bucolic landscapes waiting to be painted. The village is also inviting as it is an idyllic place for spending some quiet time away from a busy city. As we strolled the streets of Auvers, Julia was daydreaming about spending here a week or just lingering here a little bit longer. And in the end, she almost got her wish granted.

After the day of the sightseeing, we decided to have an improvised picnic on the grounds of the nearby Chateau de Auvers. Sitting beside the delicately manicured bushes of the chateau, we had a generous spread consisting of deli salads, cheeses, fruit, and a bottle of wine bought at a local grocery store. We enjoyed ourselves and toasted to Auvers, France and van Gogh! However, our celebration was short-lived. When it was time to pack and go to catch a train back to Paris, we suddenly discovered that we were trapped in this garden. Yes, the gate through which we entered was now closed and locked. Most likely, chateau caretakers simply did not notice us before locking the gate and going home for the night. 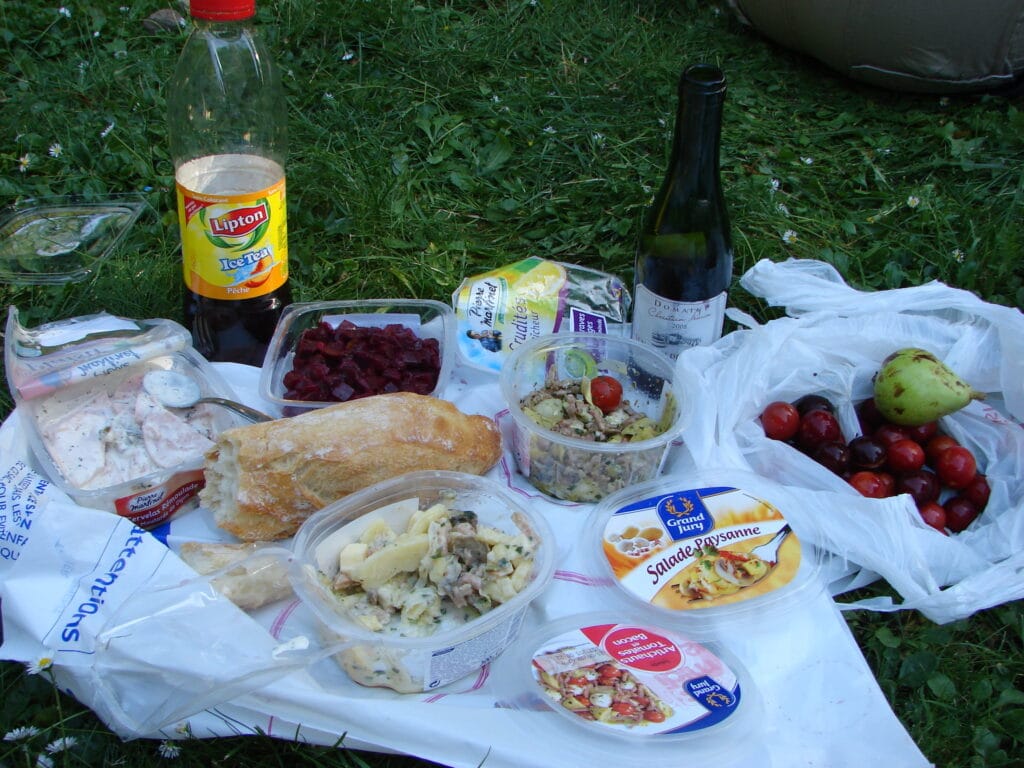 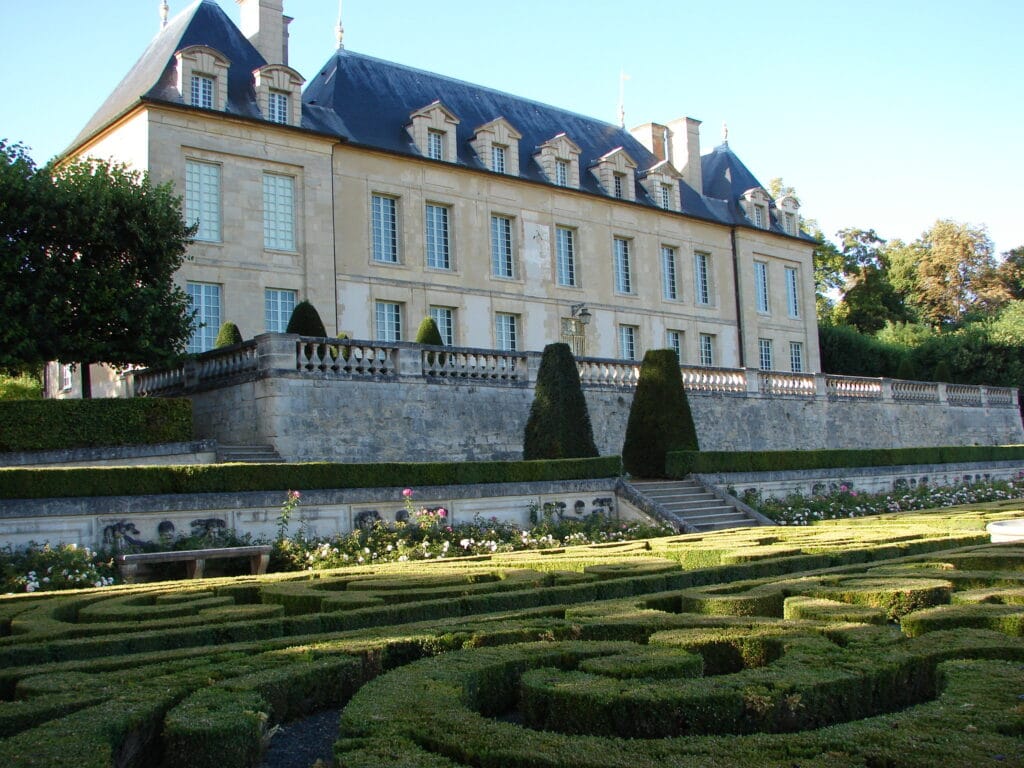 “What do we do now?” I asked no one in particular, while testing the durability of the gate and the lock.

As always, my friend had a brilliant idea.

“OK, we break inside the chateau and spend the rest of our French trip there. I love Auvers!”

“Let’s see, that’s trespassing, breaking and entering.  What other crimes do you have in mind?” I said dryly.  I still was a law student after all.

We finally decided against staying the night in the chateau garden and clumsily hoisted ourselves over the fence.  We were still celebrating our escape when upon turning the corner, we saw another gate on the side of the chateau, wide open, with people easily strolling in and out.

“What a boring way to live.”  Julia commented and we casually strolled past, as if we didn’t just climb this very fence a hundred meters away.

We left Auvers after one short day trip, no matter how much we wanted to stay and how much it wanted to keep us.  There is something magical about being in a place where great art was created and where it still exists, in the sky and the trees and the grass, in the old buildings and vast fields.  It’s a place we want to come back to.  And possibly stay. 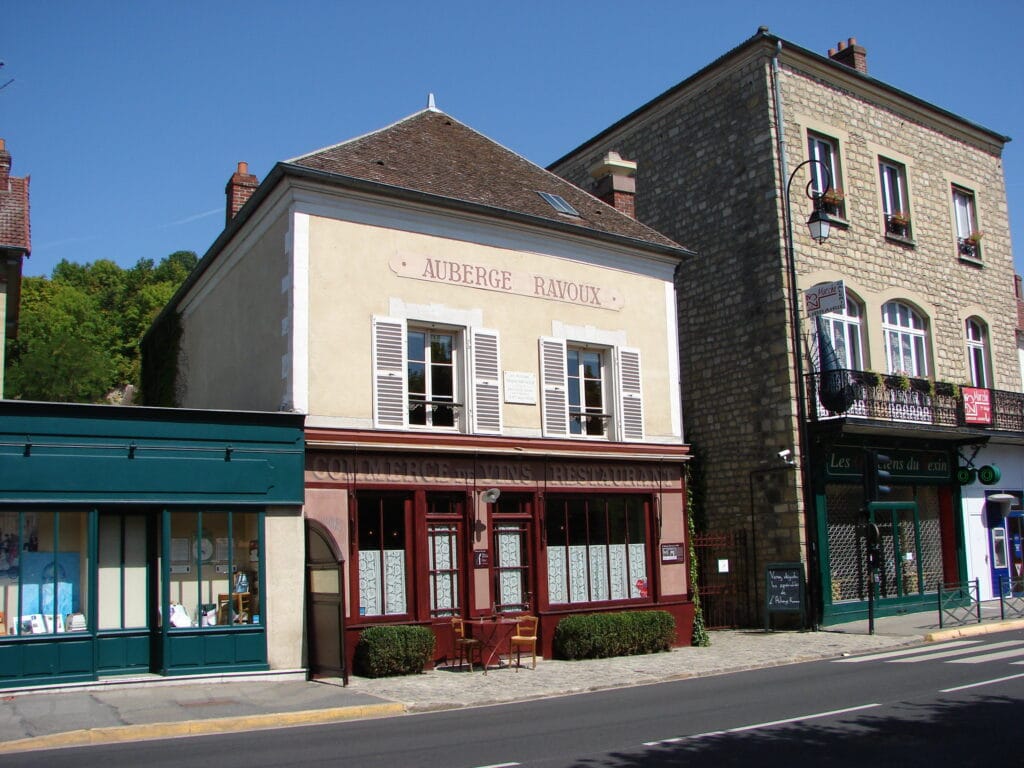