Acapulco.  What a fantastic name for a city! The first time I heard of Acapulco was as a kid from a cheesy 1990s Russian pop song. And although I could not place Acapulco on the map and did not even know that the city was in Mexico rather than some remote island of French Polynesia, the name was so exotic and unique that for many years it invoked an image of some paradise in a faraway land.

The fading memories of my childhood fantasies came flooding back when I started planning my first trip to Mexico in the spring of 2008 so much that I decided to complement our four-day exploration of Mexico City with a three-day escape to this exotic location in the western Mexican state of Guerrero on the Pacific Ocean.  Our friends and relatives were relieved knowing that we were leaving “dangerous” Mexico City and going to a “resort” town.  Little did they know that we were actually venturing into the heart of cartel territory laden with drug-related violence.  Not having done our research, we had no idea that the fantasy beach paradise of past years now had such a sinister reputation.  We had absolutely no safety issues and were thoroughly surprised when upon returning home, we learned that Guerrero had been voted as one of the most dangerous places not only in Mexico but in the entire world, with Acapulco perennially competing for the title of murder capital of the world ever since. But let’s start from the beginning. It takes about 6 hours to get to Acapulco from Mexico City by bus. I hate taking buses. I really do. They are not as comfortable as trains and not as fast as planes. An overnight bus ride in a rigid seat is nearly always a torturous experience. My first overnight bus ride was a Greyhound ride from Boston to Chicago in the distant 2003 after I had just emigrated to the U.S., and the level of grueling inconvenience I experienced on that long drive is yet to be matched. Since then, I dread riding a bus even for a couple of hours. Can we take a private car to Acapulco instead? Oh, I forgot that the year was 2008 and I was a broke-ass first-year law student with school loans and no money. So, Mexican bus it is.

So, as you can tell, I didn’t have high expectations. What I expected was a poorer and even less comfortable version of Greyhound. I was so wrong!  A Mexican bus that we took to and from Acapulco was the best bus ride of my life. When we got to the terminal in Mexico City, we quickly located our bus and were greeted by our driver. We were then provided two bottles of water, small pouches of peanuts, and two carefully wrapped sandwiches. There was also a heap of fresh newspapers that any passenger could grab for free. Is this a cheap bus or flying to Europe first class? Our initial pleasant shock did not evaporate when we entered the bus and found that it was air-conditioned and the seats were fully reclining, nearly transforming them into comfortable beds. These seats were more comfortable than any of the plane seats we ever used and were much more comfortable than the seats on the ridiculous overnight train from Madrid to Barcelona that we would take two years later. We were truly and pleasantly surprised. As Julia and I settled in our reclining seats/beds and the bus left the bus terminal, a mounted flat-screen TV in front started to play a light-hearted Mexican romantic comedy. We were munching on our cheese and jalapeño sandwiches and dozing on and off during the ride.  The road was turning and zigzagging through the Mexican terrain with overgrown, tall cactuses serving as guideposts and road signs advertising Mexican destinations for our future travels: Cuernavaca, Taxco, etc.  I recall that my initial reaction was that we probably mistakenly booked some luxury bus service to Acapulco that an average Mexican citizen could not afford.  Yet, we were surrounded by regular Mexican families, not a single tourist in sight.  Ten years later, in 2018, when we traveled from Mexico City to Puebla on another comfortable bus, we confirmed that luxurious bus services between cities in Mexico are the rule, not the exception. The U.S. constantly claims superiority over its southern neighbor, but the U.S. intercity buses have a long way to go before they catch up with their comfortable Mexican counterparts.

Acapulco itself left a weird impression. The location was simply breathtaking: the crescent of Acapulco Bay was ringed with glitzy hotels and restaurants, looking a bit like the gorgeous beaches of Rio de Janeiro in Brazil.  The beach with yellow sand was clean and pristine, and the water in the bay and the ocean was warm. Yet, something was off. One thing that put us immediately off was the emptiness of the place. We visited in March and thought that the place would be bustling with spring breakers from the U.S. and Canada. But there was none of that. Not that we missed the obnoxious, pale students from Minnesota and Manitoba that much. But the place was eerily quiet and lacking the bustling youthful energy that is typically associated with Mexican beaches in March. The families with kids were also conspicuously absent.  The explanation was simple. The heyday of Acapulco was over. In the 1950s and 60s, when Cancun was still just a fishing village with a total population of a couple of hundreds of people, Acapulco was a vacationers’ gem where Hollywood stars and people with money flocked to relax.  But fast forward 40-50 years, and the resorts of the Yucatan peninsula stole all the hype and tourists from Acapulco in no time. The only visitors to Acapulco now were the old people in their 70s and 80s who still held the memories of Acapulco’s former glory, some locals, and someone, like me, chasing his childhood memories and fantasies.  Who knows, maybe in 50 years Cancun and Tulum will be empty too, with tourists abandoning them and flocking to a new hot thing in town. Only time will tell.

Another obvious reason for the lack of visitors in Acapulco was the city’s and the region’s growing violent reputation.  While Yucatan had (and still has) one of the lowest crime rates in entire Mexico, the disturbing news and footage out of Guerrero and Acapulco were destroying tourism there. In 2008, as Mexico was dealing with the Mexican Drug War, Acapulco was no longer seen as a safe destination by a lot of people.  After our visit, the safety situation deteriorated even further, with gang-related violence dominating the news.  Again, we had no issues, but it is understandable why people did not want to travel there.

What also bothered us in Acapulco was the widespread and rampant poverty that we saw up close. It is difficult to relax and enjoy yourself when you see locals struggling to make ends meet.  We saw people of different ages trying to make money by selling various wares on the beach.  There were little kids as young as 7-8 years old selling trinkets and sunglasses, as well as boat operators peddling souvenirs to swimmers.  Julia spent a good chunk of her time swimming away from boats trying to sell her souvenirs.   I still visibly remember an old, skinny man well in his 70s carrying loads of heavy, hand-woven hammocks for sale. His old, frail frame was bending under the weight of heavy hammocks; yet, he was carrying on under the scorching midday heat.  We felt bad. You could not just pretend that none of this existed and look the other way.  And even if you could, you just felt guilty for enjoying yourself while other people were fighting for survival. Finally, it seemed strange to us that Acapulco did not feel Mexican at all.  Arriving in Acapulco from Mexico City, with its treasure trove of Mexican history and culture, Acapulco felt like just another beach town that could have been found anywhere in the world.  We later learned that this is the downside of most beach resort towns as they rarely reflect and capture the identity and essence of the rest of the country.  To be fair to Acapulco, Cancun does not feel any more Mexican than Acapulco does. The only attraction in Acapulco that seemed to have a local flair was the La Quebrada Cliff Divers.  The young divers plunging from high cliffs into the narrow and shallow water inlet gave us a dose of entertainment mixed with anxiety. Even a slight miscalculation by these divers meant death or a serious injury, and their prayers to the Virgin of Guadalupe in a small chapel at the top of the cliffs before the jump would probably not have saved them.

With all this being said, we did not regret visiting Acapulco.  Despite the downsides, the visit allowed us to explore this corner of what became our favorite country to visit and taught us a little bit more about the world and ourselves.  All three days we spent on the beach were low-key and peaceful.  The sunsets with the sun dramatically dipping into the Pacific Ocean at the end of the day were breathtaking.   We drank fresh coconut water, we wandered through touristy shops, we lounged around in the sand.  In the end, we were rested and relaxed, which is the whole point of a beach vacation, whether you are exploring the wilderness of Jamaican beaches, hiding away on a remote Cambodian beach, or people-watching on Copacabana. If I was a Country: China vs Japan 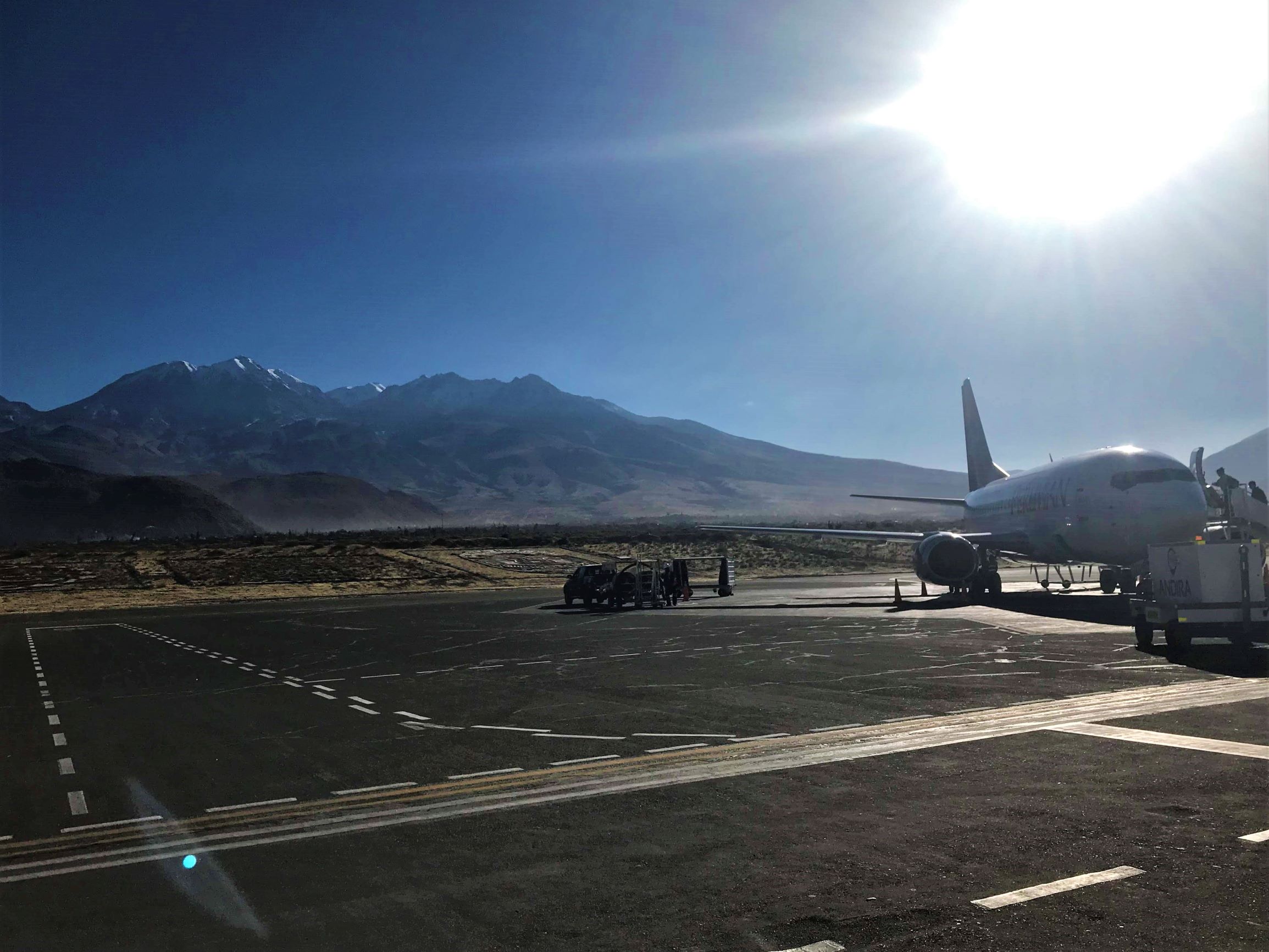