Please start with Part I of My Solo Polish Travels Here

When Belarus very unceremoniously refused me entry, I thought my memory trip back to U.S.S.R was over. As strange as it might seem, I was actually looking forward to rude serving staff, late buses, and angry janitorial staff – all the things I remember vividly from my childhood. But Poland, with all of its market reforms, well-functioning democracy, free media, and a great record of human rights, managed to step up to the challenge.

One of the places I was looking forward to visiting in Warsaw was a milk bar.  These no-frills, low-cost cafeterias serving traditional Polish soups, dumplings, and deserts with service heavily reminiscing of bygone Soviet days, milk bars have a long history in Poland.  Government-subsidized since World War II, the self-service diners are popular among locals and the most adventurous of tourists. On my last day in Warsaw, I walked in to find a large room with scattered empty tables, an old couple slurping soup and an impatient-looking heavyset woman in a little white hat at the counter.  There was a large menu on the wall that I studied carefully.  Between the few Polish words I learned and some menu items sounding similar enough to Russian, I was able to place a coherent order.  In the best of Soviet traditions, the lunch lady didn’t look at me, sighed heavily, and screamed my order to the back of the kitchen, where thick steam, delicious smells, and angry Polish murmurs indicated cooking in progress.  She scattered the change on the counter past my outstretched palm and stared behind me as if ready to take the next order.

There was no one behind me.

I waited for my order at the little opening at the end of the counter and soon received a tray with summer borzh (beet and yogurt cold soup), blueberry pierogies, and kisel (a thick jello-like fruit drink).  I settled at a small table and immediately dug in.  The food, while lacking presentation, was fresh and delicious.  A few minutes later I was distracted by two young tourist girls, hesitantly entering the milk bar.  They smiled widely at the serving lady to be rewarded by a stone-cold stare and another sigh.  They stared, uncomprehendingly, at the menu and whispered among themselves.  Finally, they noticed me in the middle of the cafeteria munching away on pierogis, with a guidebook and a camera sprawled on my table, the tell-tale signs of a fellow tourist.

“I am sorry…” one of them said in English, with a bit of a Norwegian accent. “How did you order this? What is this all this called?”

“Chlodnik!” I said, pointing at the soup, “Kisel, pierogi z jagodami.”  I translated a few more items off the menu for them until they seemed satisfied.

A minute later I heard them in front of the counter, trying to order and failing spectacularly.  The lunch lady was sighing heavily and staring behind them, while the Norwegians were butchering the pronunciation of every single dish.

For a second, I thought of getting up and going to help them.  Then, I realized that I would simply be one more tourist being ignored at the counter.  I had to speak the language the serving staff here would understand.  And I don’t mean Polish.

I twisted in my chair and in the most irritated tone of voice called out, “Dwa cholodnik, dwa kotlet, dwa kisel!”  For the first time since I entered the cafeteria, the lunch lady made eye contact with me.  I nodded at her and rolled my eyes at the Norwegians, while impatiently gesturing toward them.  She nodded back with what seemed like a glimpse of respect and recognition.  She screamed the order back into the depths of the kitchen and threw their change on the counter.  On the way back with their full trays, the girls once again thanked me giddily. I nodded at them, feeling like a local. This was my last day in Poland and that evening I was taking a flight to Georgia, where I was going to spend a week with Victor and his family. I was going to miss Poland dearly, but luckily enough, I had one more day to spend in Warsaw during my stopover from Tbilisi to Chicago, after the Georgian visit was over.

A week later, I disembarked the plane in Warsaw after a two-hour flight from Tbilisi. I smiled as crowds of people rushed around me. The itinerary was crumpled up in my backpack, no longer of any use to me. I knew where I was, I knew how to get around, what to see, where to eat, and how to order. Warsaw was now an old friend, and we were happy to see each other again. I used my left-over zlotys to buy a day bus pass, easily located the correct bus, and relaxed in my seat. I had almost a full day of sightseeing ahead of me and I was looking forward to more pierogis and borzh.

Suddenly there was a commotion in front of the bus. An older man with a crossbody bag was walking down the aisle, checking everyone’s tickets. Public transport is a little different in Eastern Europe than what we are used to in America. The driver doesn’t check on your tickets, a conductor does. The conductor doesn’t work on the same bus, he hops on and off buses randomly, so you never know when and if your tickets will be inspected. The conductor also doesn’t sell tickets and will fine you heavily if he catches you without a ticket or a validated ticket, as each ticket needs to be “stamped” by a little machine as soon as you enter the bus.

Knowing full well that I have a day pass, I relaxed in my seat. The conductor approached and I handed him my day pass. His already grumpy face scrunched into a grimace as he exasperatedly spoke to me in Polish.

He immediately switched into almost flawless Russian, demanding to know why I didn’t stamp the day pass. The day pass? Why would that need to be stamped? It has today’s date on it!

He shook his head. No, all the bus tickets including day passes need to be stamped. The fee for an unstamped ticket is 80 Euros.

“I don’t have that kind of money on me!” I protested, but the conductor was unswayed. He explained that we can get off at the next stop with an ATM where I could withdraw the required cash.

I had no retort, so I circled back to the stamping of the day pass. How was I supposed to know that day passes needed to be stamped? I am a tourist! No one told me, not at the kiosk where I bought the pass, not at the bus stop, not on the bus.

“You should have looked it up on Internet!” the old man was unconvinced, “You go to another country, you do your research! You kids are always on your internet!”

I fell momentarily silent at this completely unjust accusation of being a Millennial in my late 30s. The old man smirked. He had won two rounds now; I was all but defeated. But I had one last ace up my sleeve. Here’s the thing – Poland used to be an annexed territory under USSR and in 1989 Poland gained its independence the same year my family left USSR for the USA. Poland as a country moved forward from its Soviet past, installing democracy, becoming more European and less Eastern European within a decade. Little pockets of society like the government-sponsored milk bar and public transportation continue to operate as if it’s the 1980s, with employees that would rather die than smile. Everyone born later than the 1980s has no memory of what it was like to live in Soviet society.

Except for me and this old man.

I have very vivid memories of my childhood in Russia; I have seen my parents deal with bureaucracy for years. Unlike everyone my age who stayed in Eastern Europe and changed with the evolving society, my childhood became fossilized, a clear crisp memory of exactly how things used to be, separated from my Westernized life in the US. I know exactly how this game is played.

I took a deep breath. I shed whatever I had left of my ego. I looked directly into his eyes and started graveling. I pled up to his authority, agreeing with all of his factual statements and begging for mercy as someone unfamiliar with the rules. Yes, you are right, I should have stamped the day pass. Yes, you are right, I should have known the rules. I am sorry, I am so sorry. But please, sir, have mercy.

Full twenty minutes later, the conductor shook his head, told me to take care, and walked off the bus. He was slightly smiling to himself and his walk had a little spring to it.

Exhausted, I leaned back in my seat and closed my eyes. Suddenly, I felt someone standing over me. I opened my eyes and saw a young man leaning over me.

In broken English, he said, “I have never seen this.”

“This. I’ve never seen anyone get away without a fine. Ever.”

We happened to walk out at the same bus stop and chatted a bit. He warned me about pickpockets and keeping a close eye on my camera, gushed again about my escape from a steep fine, and shook my hand.

I spent another wonderful day in Warsaw and headed back to the airport that evening. Getting off the bus at the airport, I found a very confused Armenian trying to figure out the Polish bus system. I quickly explained everything to him, from buying and validating a ticket to finding a way to Old Town and tips on how to argue with conductors.

“I am so lucky to find a Russian-speaking local!” he said.

I smiled and didn’t correct him. 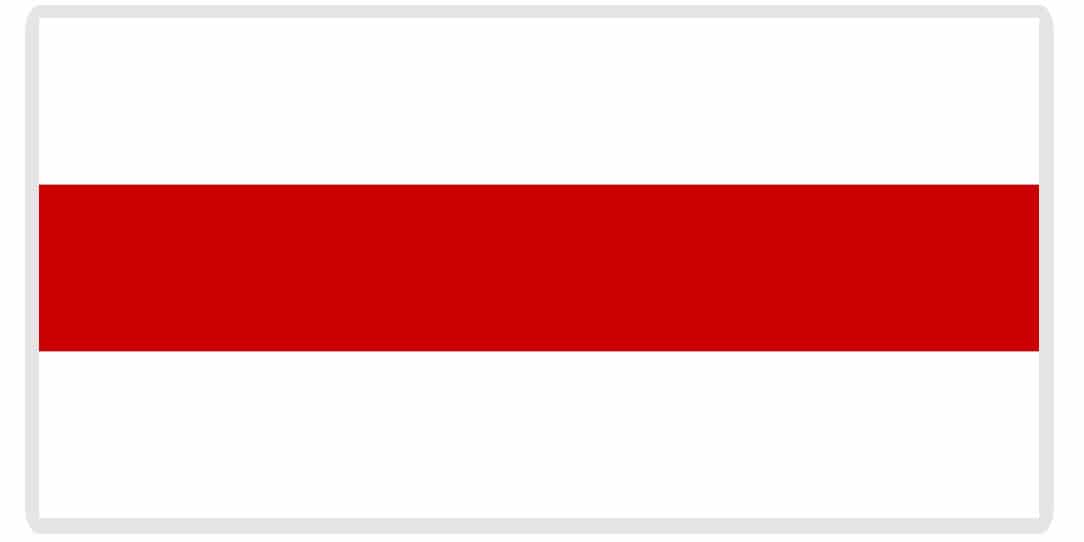 Жыве Беларусь! Belarus Fights for Freedom. We Need Your Help!