In the summer of 2009, after I finished my second year of law school, we decided to visit France. I flew to Paris two days before Julia to get my “art museum” fix and managed to visit four art museums in those two days. Upon arrival, I immediately discovered that prices in Paris, and especially food prices, were exorbitant. As a student, I was accustomed to getting by on rice and beans and had to save up a chunk of my summer legal job salary to go to France. Now, in the heart of Paris, I was staring at a $4 Coca-Cola can and a $12 sandwich (in 2009 prices) and could not believe my eyes. I don’t remember what I had for breakfast that first day in Paris, but probably just a cup of coffee. Lunch? A cup of coffee again, this time with a tiny croissant. I was doing just fine, enjoying my time in art museums. Standing in front of the portrait of Dora Maar in the Picasso museum that afternoon, I was immersed in studying her dark Hungarian hair, bright colors of fingernails, bright lipstick … until suddenly … the colors started to blend and my feet started to lose ground.  I was feeling dizzy and collapsing. Somehow, I managed to remain conscious, landing on a nearby museum bench. After finally admitting to myself that I barely ate that day, I slowly got up and unsteadily headed to the museum’s cafe, where, to my shock and anger, the prices were even more astronomical.

When Julia arrived two days later, I did not greet her with “Hello! How was your flight?” but instead blurted out, “Food is so expensive here!” During that trip in 2009, we tried our best not to spend all of our money on food.  Every evening, we shopped in a Moroccan grocery store on the outskirts of Paris by our hotel and ate that food for dinner and breakfast the following morning.  Our lunches were actually great as we had improvised picnics in Parisian parks with an assortment of deli salads, cheeses, and fruit bought in local chain supermarkets.  We treated ourselves to a giant crepe once and split it into two portions for a lunch-on-the-go.  We stared at gorgeous bakery treats on display in café windows and kept walking.  We ate in a restaurant only once during that entire trip and didn’t really like it as we couldn’t justify the quality of food with the steep prices. Visiting France 10 years later was a different experience.  On a 4-day trip to Normandy last year, we came full circle and redeemed ourselves by splurging and eating in expensive restaurants every day. We were not hungry students or junior-level professionals anymore and had more money to spend.  What a difference 10 years make.

Our trip to Normandy was an impromptu trip taken over a Memorial Day weekend. We jumped on a plane after work, and a short flight over the Atlantic later landed in Paris. We then rented a car and immediately drove off to Normandy. If you think this post is about us spending money lavishly and without limits, it is not. Our car rental was a simple Peugeot and we stayed in cheap motels all four nights. Despite spending money freely on activities and restaurants, we were still adhering to our simple budgeted style of travel.

After driving north for about 3 hours, we finally made it to the beautiful and picturesque seaside town of Honfleur.  We parked our little Peugeot and strolled around the town center admiring the architecture and a postcard-pretty harbor. The stores were selling Normandy’s famous cider, calvados, and other apple-based alcoholic drinks. Because Honfleur is a port city, seafood is plentiful here with numerous restaurants advertising “fruits de mer” (“fruits of the sea”). After doing extensive window shopping, we finally selected a restaurant where we wanted to indulge ourselves. The owner of the restaurant enthusiastically greeted us outside and informed us that the restaurant would open for dinner at 7 pm. This worked well as it allowed us to visit Eugene Boudin’s museum and explore the timber church of Saint Catherine that looked like a ship hull turned upside down. One of the reasons why I wanted to go to Honfleur was to visit Boudin’s museum dedicated to this local artist, an early Impressionist, who taught Claude Monet to paint. As we entered the museum, we realized that we were the only visitors there that afternoon. The eerie quietness and emptiness of the museum allowed for undisturbed exploration of plein air paintings by Boudin and his contemporaries.  Making my way from one painting to another, I was lost in the moment and even forgot where Julia was. Suddenly, someone gently tapped me on the shoulder and said in very French-accented English:

“Messier, pardon, your friend...” I turned around and saw a museum attendant pointing towards the museum hallway where plush sofas were located.

I obediently followed him and 30 seconds later found Julia sleeping on a museum couch and loudly snoring. The jet lag and somber colors of Boudin’s paintings made her very sleepy and she understandably passed out.  Waking her up was not an easy task, but once she opened her eyes, she hastily jumped on her feet and, while trying to look cool and casual, informed me that she did not fall asleep but simply laid down to think with her eyes closed about Boudin’s works.

After leaving the Boudin museum and walking around the town for a little bit, we returned to the previously scouted restaurant and had our first feast of the trip.  Fruits de mer was a giant plate overflowing with langoustines, lobsters, clams, oysters, crabs, and shrimp.  We also added to our dinner foie gras and calvados. The dinner was expensive (over $150) and us from 2009 would have probably disapproved of the whole experience. But we liked both the food and the ambiance of this little restaurant. The dinner was so good that the next morning we were still talking about it. Our new day was beginning in one of the most beautiful places in all of Honfleur, in an outside cafe by the harbor. The early morning sun rays were flickering on the still harbor water and reflecting on the picturesque buildings behind us, while we were enjoying a traditional French breakfast of croissants, cheeses, omelets, and fresh coffee. Joie de vivre, indeed.

Leaving Honfleur and going to Bayeux, we stopped at a bluff overlooking the neighboring port city of Le Havre, where the Seine river enters the English Channel.  We then continued driving past expansive green pastures and meadows of Normandy and even stopped to greet and feed beautiful brown Norman cows who were initially very apprehensive and suspicious of our intentions.

In Bayeux, we spent hours admiring the city’s imposing medieval cathedral, the soaring towers of which can be seen from miles away.  Yet, the main attraction of the city is an 11th-century tapestry. That’s right. A 70-meter medieval rug documenting the Hastings Battle of 1066, at which the Normans defeated the Anglo-Saxons and established the Norman rule over England, is the main attraction. The Bayeux Tapestry museum was well worth its admission price as we listened to an audio guide walking us through these medieval comics depicting a turning moment in European history. I liked the exhibit so much that I went through it three times. Julia found a bench near the end of the exhibit and waited for me there while I was examining every stitch of history. Julia, wisely enough, also made sure that when I found her, she was fully awake. The best part of our second day in Normandy was another lavish dinner at a small and cozy restaurant, just steps from the town’s cathedral. Despite petting Norman cows just a couple of hours earlier, Julia ordered and shamelessly devoured 6 oz of delicious steak. I was more humane and ordered French onion soup, and as many Normandy cheeses as I could possibly eat, washing them down with pommeau (another apple-based Normandy alcoholic drink). The restaurant bill again was well over $150 but we did not care as we were getting a quintessentially French experience and catching up on all the meals we skipped during that hungry trip to France in 2009.  Altogether, for both of us, the 4-day trip came out to almost $4,000, mostly due to pricy holiday airfare and non-stop food splurging, a personal record for the most money per day spent abroad.  Just for comparison, we spent $6,000 on a 16-day trip to India just a few years prior.

The next two days in Normandy and Bretagne proved to be even more epic, including exploring an island abbey of Mont Saint-Michel, a medieval town of Dinan, and touring D-Day beaches and sights. Stay tuned! 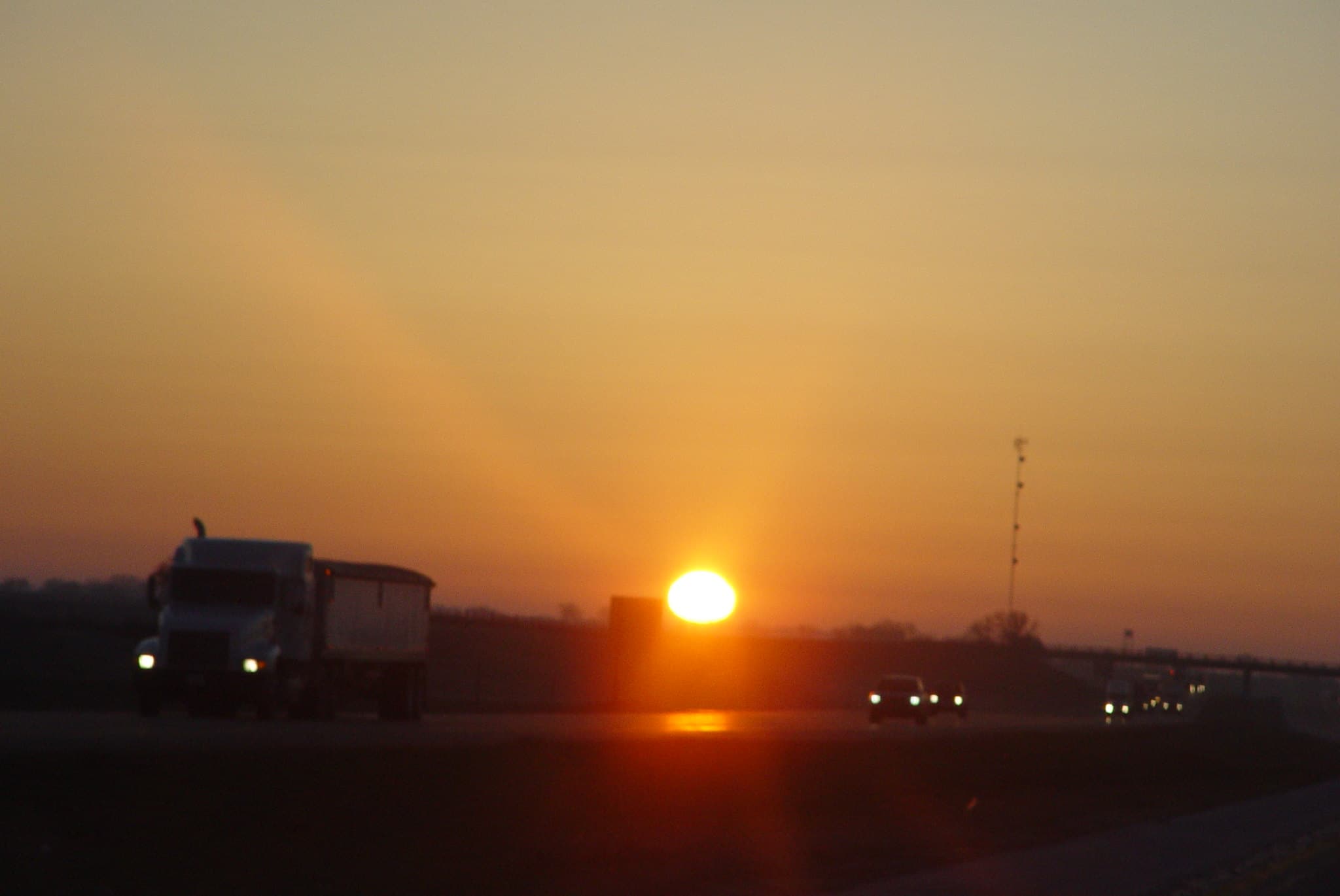 The Highway to Our Own Personal Hell (Wyoming) 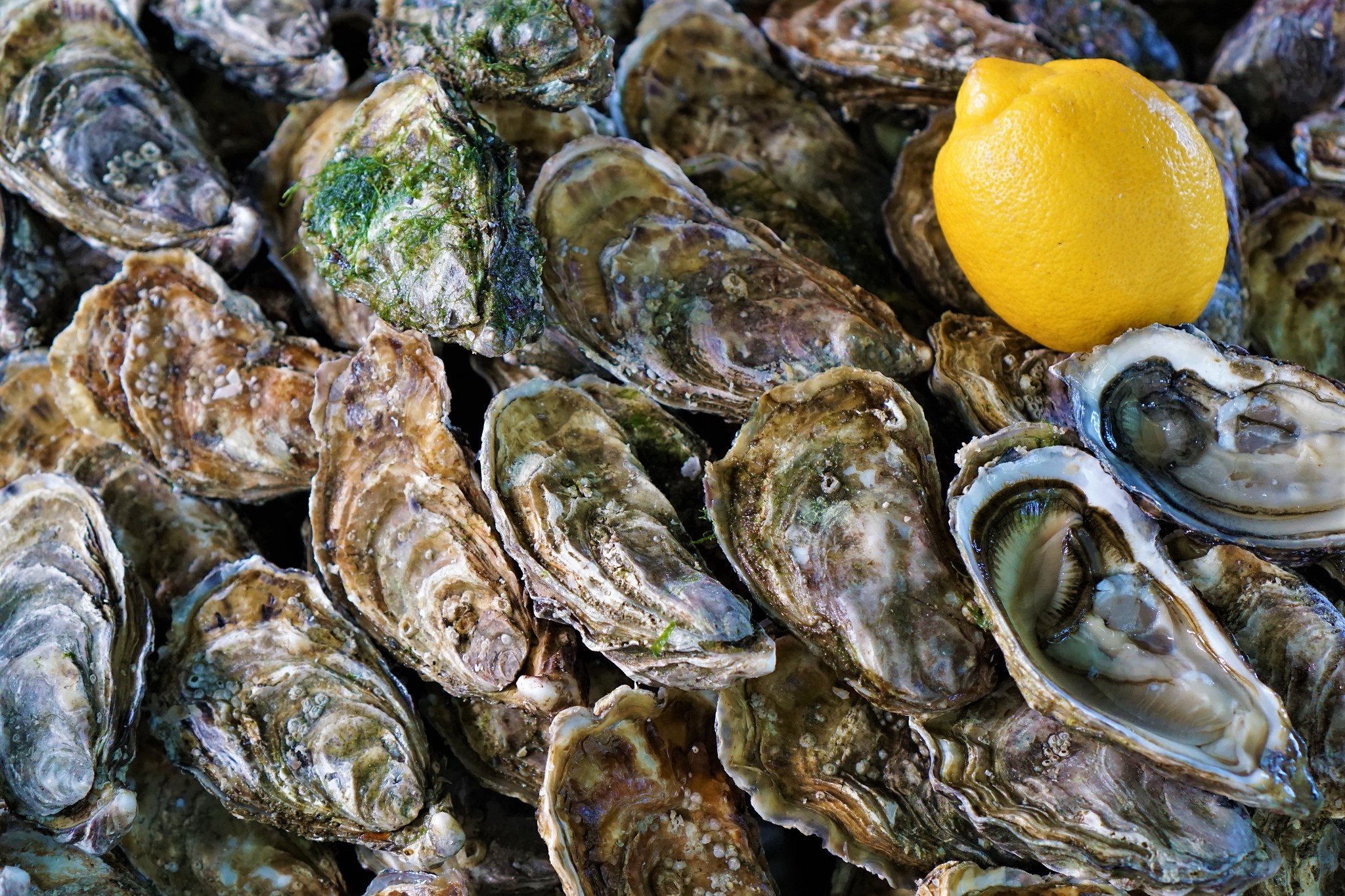