The word “Brazil” has many connotations for me – world-known beaches, the best national soccer team, 1980s telenovelas with enough twists and turns to bring the whole of the USSR to a standstill. But the most important part of Brazil is its music - samba, bossa nova, samba-reggae. While we didn’t visit Brazil during its world-famous Carnival, our entire two-week stay was set to the pulsating rhythm of Brazilian music.

We started our exploration of Brazil in Rio de Janeiro. Rio has the most beautiful natural setting for any city we’ve ever seen – mountains, valleys, ocean, and endless beaches combine to make Rio uniquely beautiful. The best attraction in Rio is Rio itself, especially the various views of it from high points: Sugarloaf, Christ Redeemer Statue, and Dois Irmãos Mountain. We enjoyed our time on Rio’s famous Copacabana beach and I even managed to play a quick game of soccer with the locals… and got tired almost immediately, as playing in the sand is more difficult than it looks.  Yet, the main memory I have from Rio is the music. On the second day in Rio, we visited Lapa, the musical heart of the city. Music was blasting from every building on the block. There were so many clubs, we didn’t know which one or how many to visit. After a short stroll, we ended up in the club which was blasting one of the most well-known Brazilian songs “Mas Que Nada” through the open windows. It was very late in the evening and Julia was crashing after a very long day. She decided to listen to the music from the comfort of a leather chair on the second floor of the club. But I was ready for the dance floor. Those who know me may be confused as I am a terrible dancer and rarely dance in public. But, somehow, it felt right to go clubbing here in the musical and dancing heart of Rio. I often end up doing things on trips that I would never do at home, from eating grubs and getting painful massages to dancing my ass off in a Brazilian club, all in the name of cultural experiences.

So, I hit the dance floor. The band was playing well-known Brazilian tunes and the club was filled with locals and foreigners alike. Fueled by the infectious Brazilian music and caipirinhas consumed earlier, I was completely lost in the moment. I am sure my graceless attempts at dancing must have looked funny, but I didn’t care. I danced like no one was watching, totally drunk on music and atmosphere… and caipirinhas I consumed earlier... At some point, one of the musicians brought an empty glass bottle and put it in the center of the room. I had no idea why the bottle was there and was initially concerned that someone may knock it over, but everyone around acted like it was completely normal and danced around it. Then, the band started to play samba. People immediately made a circle around the bottle and moved enthusiastically to the beat. I was still not sure what was happening. Then, one by one, Brazilian girls started dancing up to the bottle and swaying butts lower and lower over the bottle. The goal, as I could see now, was to go as low as one could go, without touching the bottle or knocking it over. With everyone cheering on and laughing, infectious music playing louder and louder, and Brazilian girls doing this weirdly hot “bottle” dance, it was the most fun I’ve ever had in a club. And that’s saying something, considering I’ve never enjoyed going to clubs before.

After all the girls in the club showed their skills, it was the guys’ turn. The guys were doing just fine until a Brazilian girl with a huge Afro looked at me and gently pushed me inside the circle and yelled in Portuguese something along the lines: “It is now your turn!” Everyone was clapping and cheering, and I had no choice but to test my flexibility in a very public way. I wasn’t graceful, but I was determined. It was as close to twerking as I’ve ever come and in return received a roar of laughter from the crowd. After the dance ended, the band took a break and I ran to the second floor to tell Julia that she had missed the show of her life. Waking up the next morning, I was still smiling about my samba dancing adventures of the night before. The new day was bringing us an opportunity to learn about another style of music Brazil gave to the world - bossa nova. Bossa nova was developed and popularized in Brazil in the 50s and captured the world in the 60s with its hit “Girl from Ipanema” (“Garota de Ipanema”). Bossa nova can generally be described as a blend of samba and jazz accompanied by melancholiac lyrics. With its gentle and smooth sound, bossa nova somehow does not sound very Brazilian. After its initial success, bossa nova later lost its popularity and now is often treated as elevator music. Yet, we couldn’t miss a chance to listen to it in Rio. After spending a day on Ipanema, a more upscale and sophisticated beach compared to the more democratic Copacabana, we finished the day at the nearby Vinicius Bar. The venue, named in honor of Vinicius de Moraes, an esteemed Brazilian poet who wrote the lyrics of “Girl from Ipanema,” is still the go-to venue for bossa nova. In fact, the club is located across the street from where the famous song was created. The place is now filled mostly with tourists who come to listen to the nostalgic sounds of bossa nova. Sitting in a dimly lit club, just a couple of blocks from Ipanema beach, it was surreal to listen to the song about a Brazilian girl from Ipanema who ignores a love-sick poet day after day. It felt as if the song, in that very moment, in that place, came alive.

Our explorations of Brazilian music continued in Salvador de Bahia. This large port city in the Northeast of Brazil is known for its Afro-Brazilian culture as a remnant of the past when slaves from Africa were brought here by the Portuguese. The African population left a clear mark on Salvador and Brazilian culture, including its music. Capoeira, martial arts disguised as a dance that slaves secretly practiced on plantations, can still be experienced in Salvador. The distinct sound of capoeira music can be heard in the streets where locals perform capoeira demonstrations for tourists or in nearby capoeira schools where students from all over the world hone their moves. 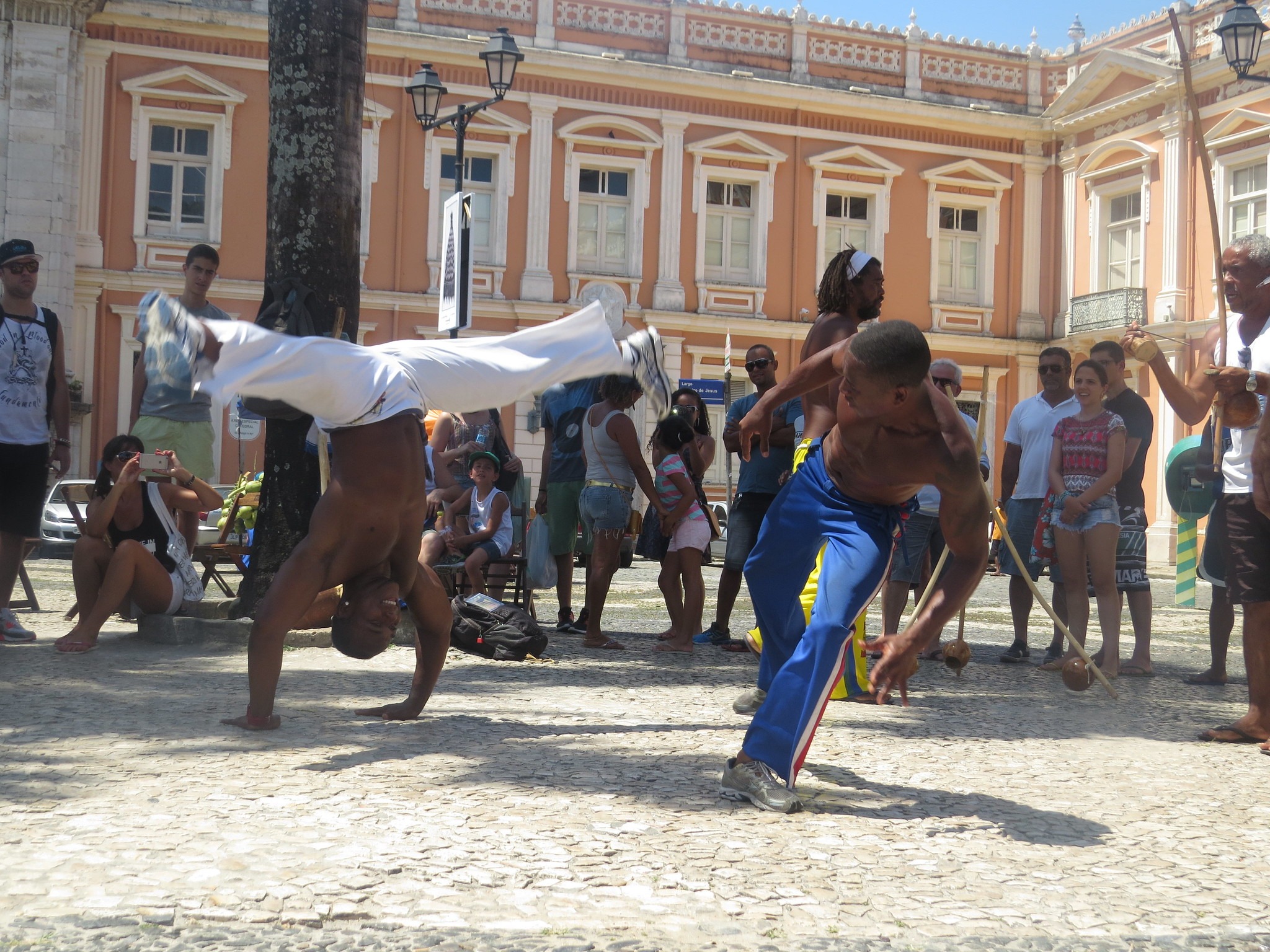 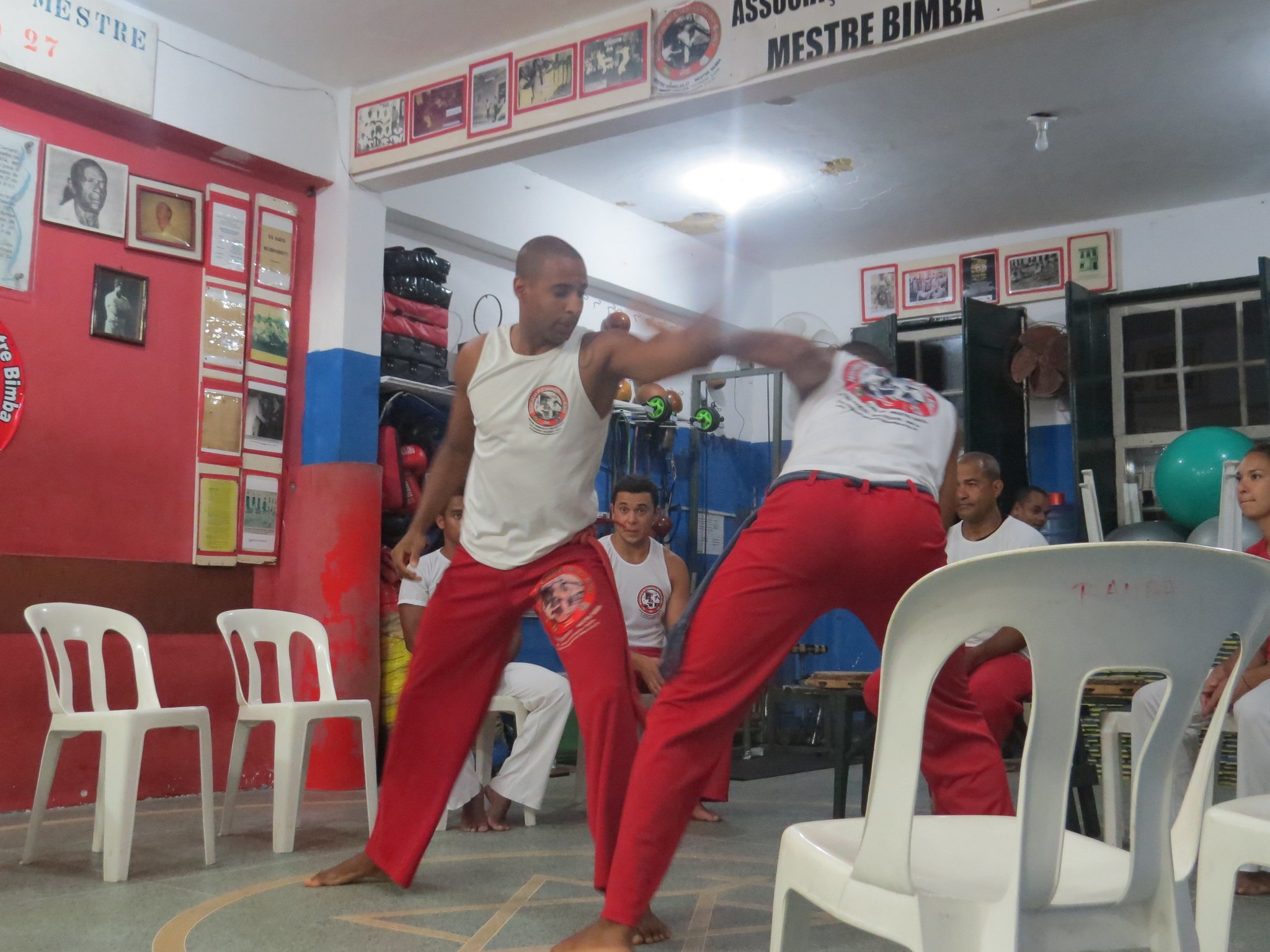 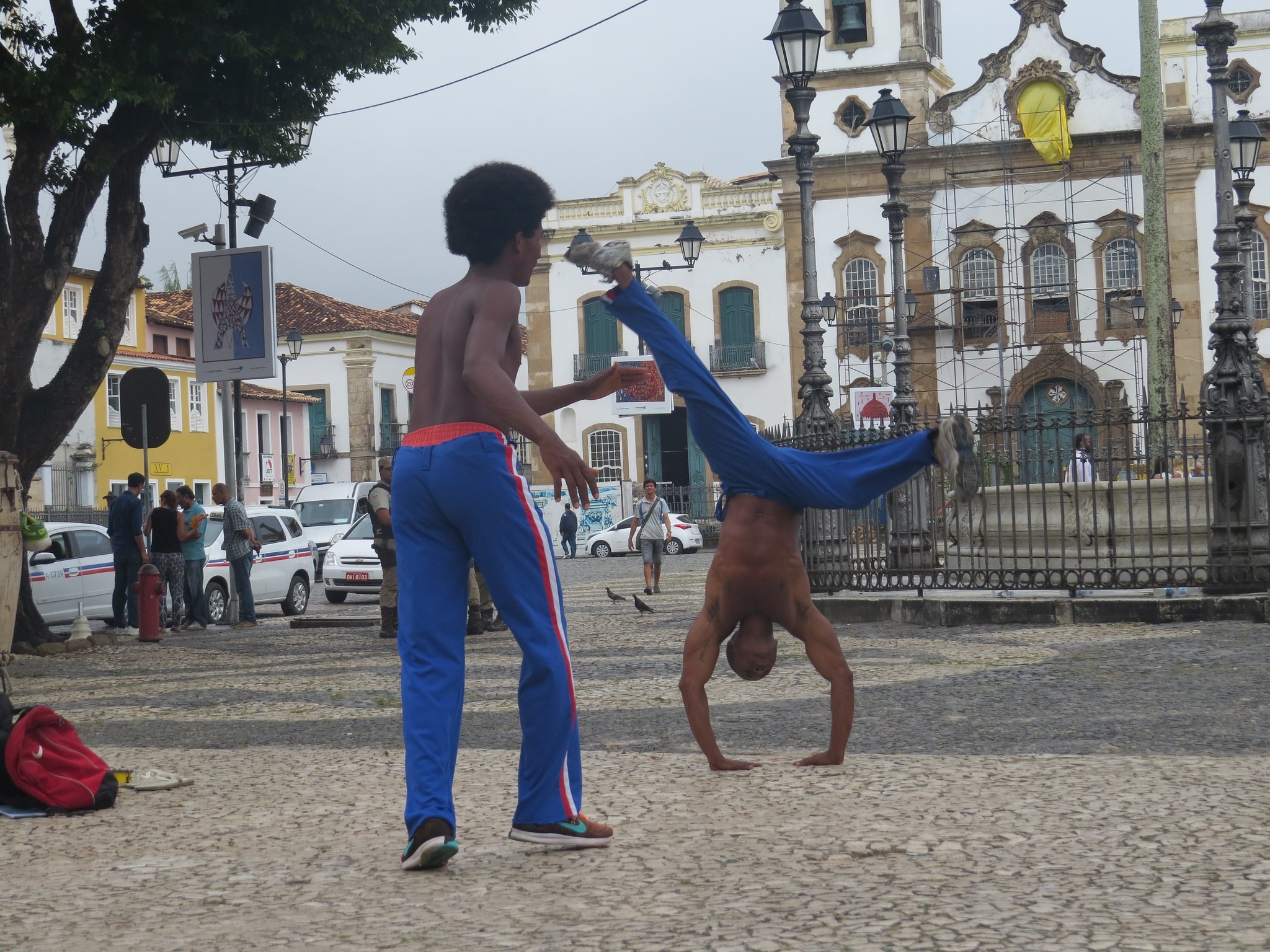 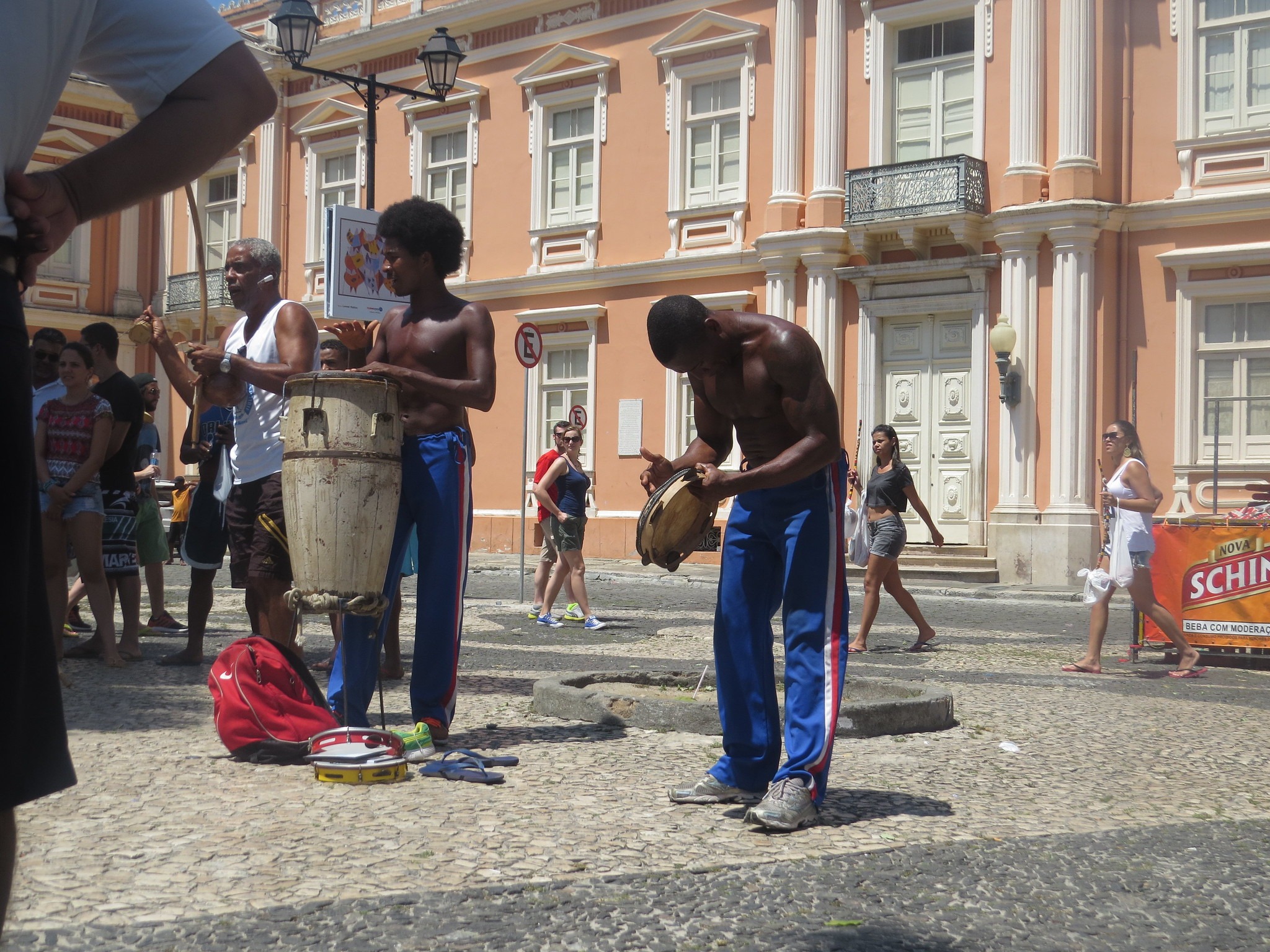 Salvador is also home to the world-famous music of Olodum. Olodum started as an African-Brazilian percussion group, which developed a music style known as samba-reggae. Nowadays, Olodum, the beating heart of the yearly Brazillian Carnival, has become a social movement and a cultural phenomenon. Visitors to Salvador can enjoy high-quality Afro-Brazilian concerts of the Olodum school. For two straight nights in Salvador, we attended Olodum concerts and learned about Brazil and its Afro-Brazilian music.

One of the biggest moments for Olodum happened in 1996 when Michael Jackson came to Salvador and filmed parts of his “They don’t care about us” music video with 200 members of the Olodum group playing drums in the video. The song is about inequality, poverty, and police brutality, and Salvador, one of the most violent cities in Brazil, was a very suitable place for this music video. Jackson could have chosen some impoverished place in the U.S., however, for the visual effects and demonstration of his global reach, Salvador was a better place with its colorful streets and shirtless boys dancing and playing drums in the streets. The balcony from which the king of pop was pumping his fist into the sky and singing immortal lines -“They don’t care about us!” now displays his cardboard cutout, and tourists can pay a couple of dollars to take a picture on that iconic balcony. In addition to weekly concerts, Olodum groups entertain tourists in the center of Salvador by playing drums non-stop. I was mesmerized by the sight of a musician, a tall and slender black guy, holding a giant drum on an arm extended towards the sky and banging that drum in the rhythm to the music, just like in Jackson’s video. We have many interests and often make travel plans specifically to accommodate my love for art and architecture or Julia’s obsession with food, animals, and nature. But Brazil had its own plans for us. While we were eating street food in Salvador or lost in the concrete jungle of Sao Paulo or gaping, wide-eyed, at the natural beauty of Rio de Janeiro, Brazil’s music seeped into our hearts and minds, permeating every memory of this trip with its infectious beat. From a boy outside a shop selling drums and berimbau musical instruments to a group of capoeira dancers showing off their stuff in the streets, from the melancholic notes of bossa nova to the joyful beat of samba-reggae, Brazil’s music is inescapable, irresistible, and impossible not to fall in love with. 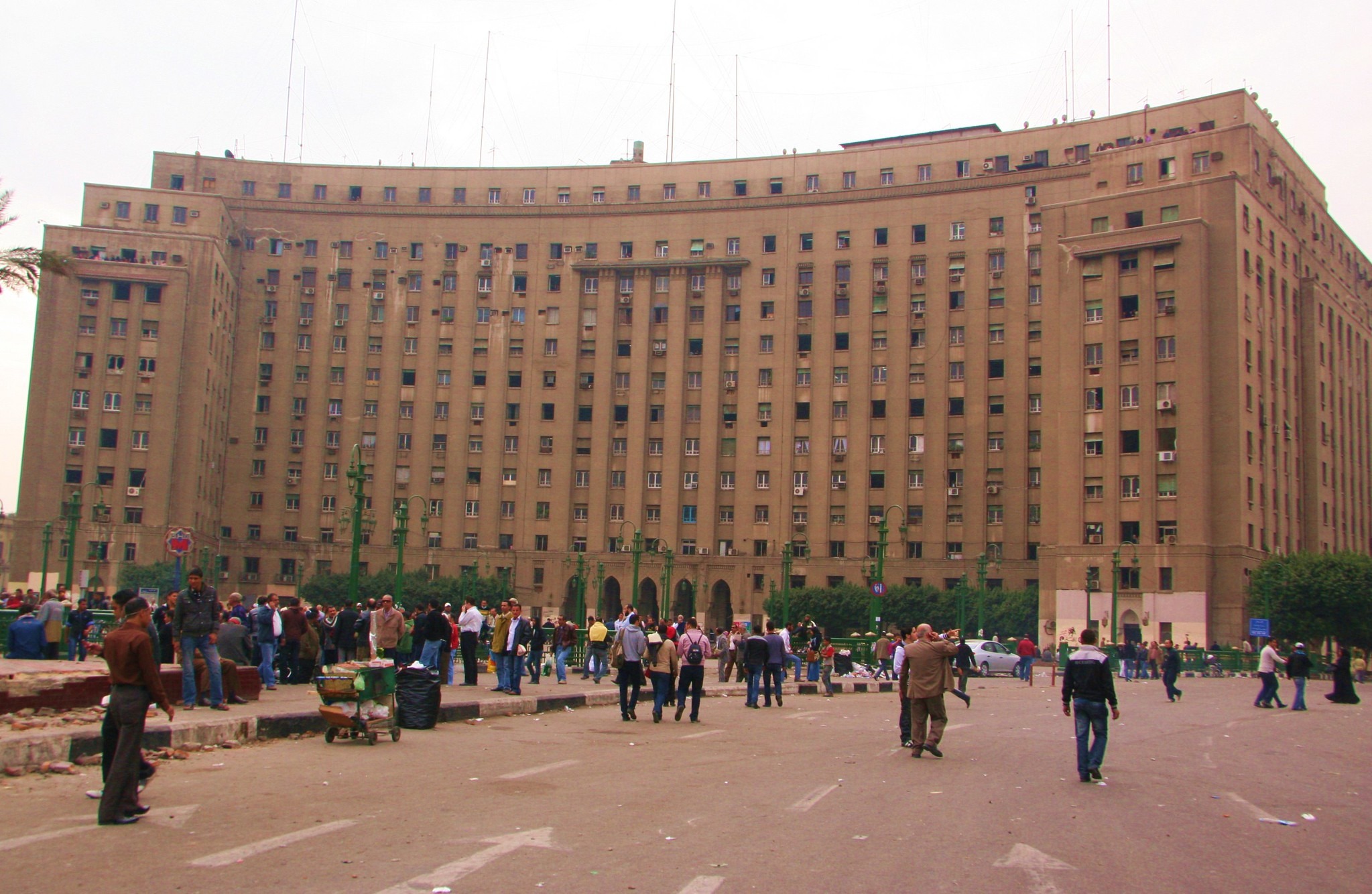 Egypt in the Spring - Arab Spring