Last month we did something irresponsible. Are you ready? We paid $15... for a cup of coffee. Yes, the frugal backpackers who run this blog did that. Before you judge us for this splurge, all I can say is that we did it in a four-story fancy Starbucks on the Magnificent Mile and our outing was a reward for the entire year of staying at home and drinking strictly home-brewed coffee. Still, $15 for a cup of coffee? The ridiculous price was in part dictated by a show that accompanied the preparation of our cup of joe. The barista, a vintage Millennial in his late 30s, skillfully operated the siphon coffee maker that looked like something out of a chemistry lab and explained the brewing process in a muffled voice through a face mask. People around us excitedly took pictures and videos of our cup of coffee being prepared. In addition to the flashy presentation, the steep price can also be explained by the quality of the coffee beans used. Blue Mountain beans to be exact.

The reason why one of our first outings after a full year of Covid restrictions was to a coffee shop is because we love coffee.  A cup of light roast single-origin Colombian is how I personally start each and every day.  A lot of entries in this blog were written on lazy Saturdays and Sundays in a local coffee shop. Throughout the years we also traveled to a lot of “coffee” destinations, such as Guatemala, Panama, and Brazil.  If it were not for Covid, we would have visited Colombia and its “coffee axis”, the country’s premier coffee-growing region, in December of 2020. And of course, we have visited the Blue Mountains, too!

The Blue Mountains are situated in the lesser-visited eastern part of Jamaica, with the capital city of Kingston sitting at the foothills of this beautiful mountain range.  Kingston, although not completely safe, was well worth the visit.  Its urban grittiness, reggae clubs, and jerk chicken stands gave us a good introduction to Jamaican history and way of life.  Capital cities rarely rely on tourism as a main source of income, making them irresistibly authentic. However, the main reason why we took a four-hour bus ride from Montego Bay to Kingston was that Kingston was a logical base for a day trip to the Blue Mountains.

On our second day in Kingston, we hired a driver who took us to the mountains.  As we were leaving the city, the Blue Mountains were majestically soaring over us. Our little car growled and roared as it painstakingly climbed uphill, with our driver forcefully rocking back and forth in his seat, as if trying to help.  The surrounding landscapes were spectacular and left us gaping at perfect verdant hills meeting the blue Jamaican sky.    The driver made frequent stops, allowing us to take short hikes and admire the views and biodiversity of the place. Sitting on a bench high in the mountains with a bird-eye view of Kingston in the distance, we were enveloped in a sweet fragrance of exotic flowers with hummingbirds hovering over and next to us.

But we were not just there for the views.  Blue Mountain coffee is the world's highest mountain-grown coffee as it’s grown at elevations over 7000 feet.    The mountains have a unique microclimate and fertile soil, providing excellent conditions for growing premium coffee.  Blue Mountain coffee is one of the most expensive in the world.  We couldn’t help but wonder – is the coffee really that good?  To find the answer, we visited one of the few coffee farms located in the Blue Mountains.

At the coffee farm, we were greeted by our tour guide, a stocky Jamaican in an orange polo shirt.  The tour group was small: just us and a newlywed couple from England.  Our guide started the tour with the history of coffee and a description of the process of growing, picking, and roasting coffee.  As he was going through the memorized facts of his presentation, we were patiently looking at a pot of coffee that was waiting for us.  The best part of any coffee tour is to sample the coffee that was grown and harvested nearby.  Once the tour guide finished his presentation, he invited us for a taste test.  The coffee was great.  It was very aromatic, smooth, with no bitter aftertaste. But was it worth the price? As our guide explained, the high price of Blue Mountain coffee is partially dictated by the fact that most Blue Mountain coffee is sold to Japan.  And Japan is willing to pay and overpay for this coffee.  The coffee farm that we visited was in fact owned by a Japanese family, and there were pictures of the Japanese owners prominently displayed on the premises. As we were chilling on the patio overlooking beautiful hills covered with coffee plants and chitchatting with the British couple, a problem of an unexpected kind was brewing (pun intended).  After drinking a cup of coffee, our guide poured himself another cup, and then another one. His monotonous voice started to get high-pitched, and he was now speaking with a faster tempo.  He occasionally trailed off the presentation into tangents about poverty and local life. The potent Jamaican coffee was certainly kicking in.  Unaware of these changes, Julia asked what at the time seemed like an innocent question:

"George, if Jamaican coffee is such a hot commodity and so expensive, why doesn’t Jamaica increase its production?"

And that’s when the hell broke loose.

“BECAUSE OUR GOVERNMENT IS INCOMPETENT!!!”, our guide was almost screaming from the top of his lungs into the chilly mountainous air, with his eyes wildly rolling.  Still clenching his coffee cup, he continued: “ALL THEY DO IS THROW MONEY AT SUGAR CANE AND BANANA PRODUCERS WHILE TOTALLY IGNORING THE GOLD THAT IS GROWING RIGHT HERE!!! LOOK AROUND! THIS IS THE FUTURE OF JAMAICA!”

The presentation was over.  Our guide went on rambling about politics, corruption, and how unfairly things were done in Jamaica for a good half an hour.  The well-mannered newlywed couple didn’t know what to do with themselves and politely wandered off.  I concentrated on tasting samples.  Meanwhile, Julia was absolutely loving this man’s rant, occasionally sprinkling more gasoline into his fire.

Finally, the guide realized he lost the entire group except for Julia, gathered us back together, and took us for a walk around the plantation.  There, surrounded by tranquil green coffee trees, he finally relaxed and stopped listing his grievances.  We tasted coffee beans right off the tree and learned how other trees support and shade the growing coffee plants. At the end of the tour, we bought a few bags of coffee to go and in all honesty, that same coffee at home just didn’t taste as good as it did on the farm. The guide walked us to our taxi.  He waved as we pulled off, a small coffee cup still in hand.  Julia excitedly waved back.

“It’s so rare to have someone tell you the truth about their country, about all their frustrations.  Usually, guides just stick to the memorized script.”

“That man had three cups of coffee and lost his mind.  We need to be careful with this stuff.” I gestured to the coffee bags we bought.  “One cup per day only!’ 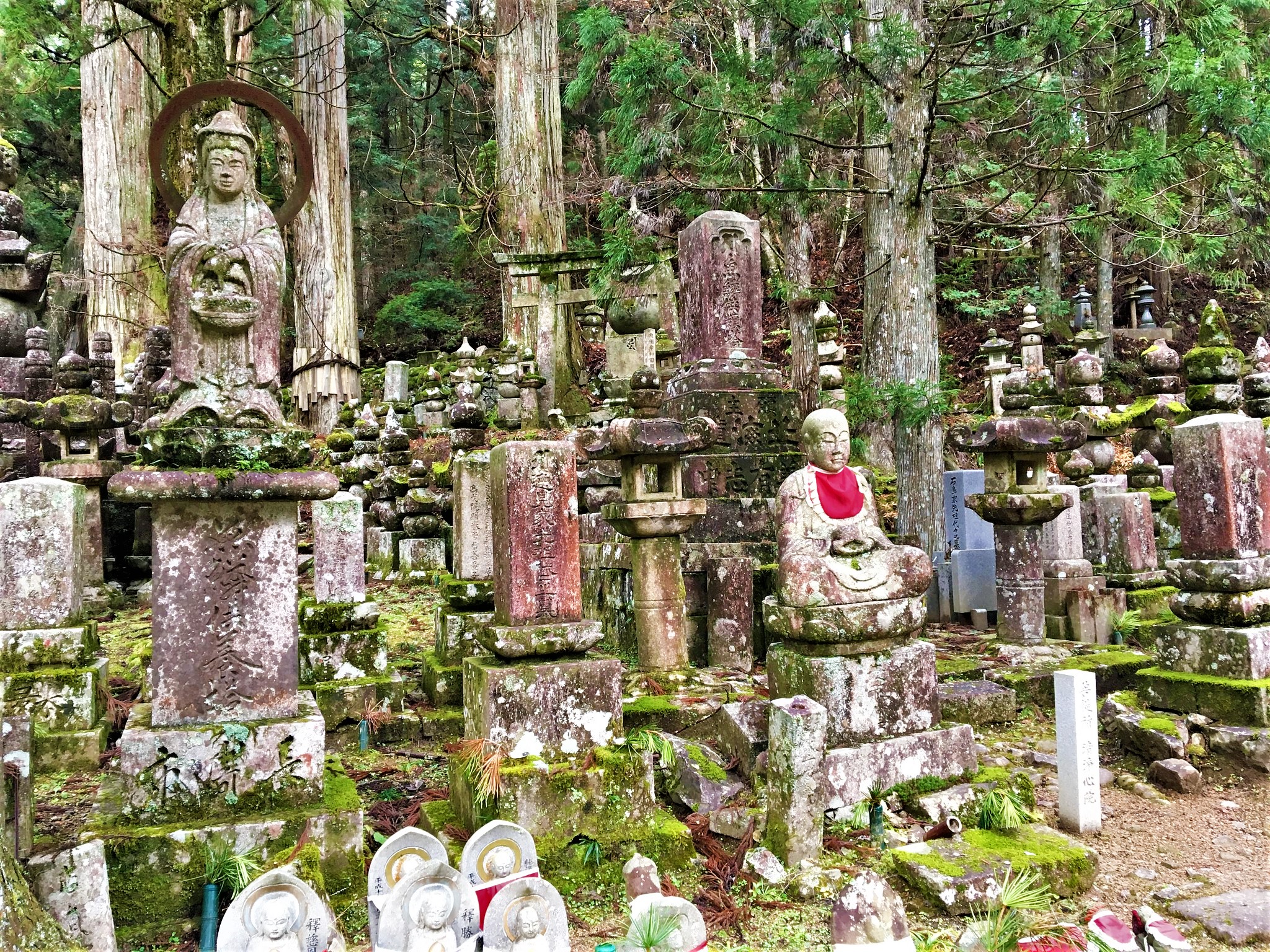 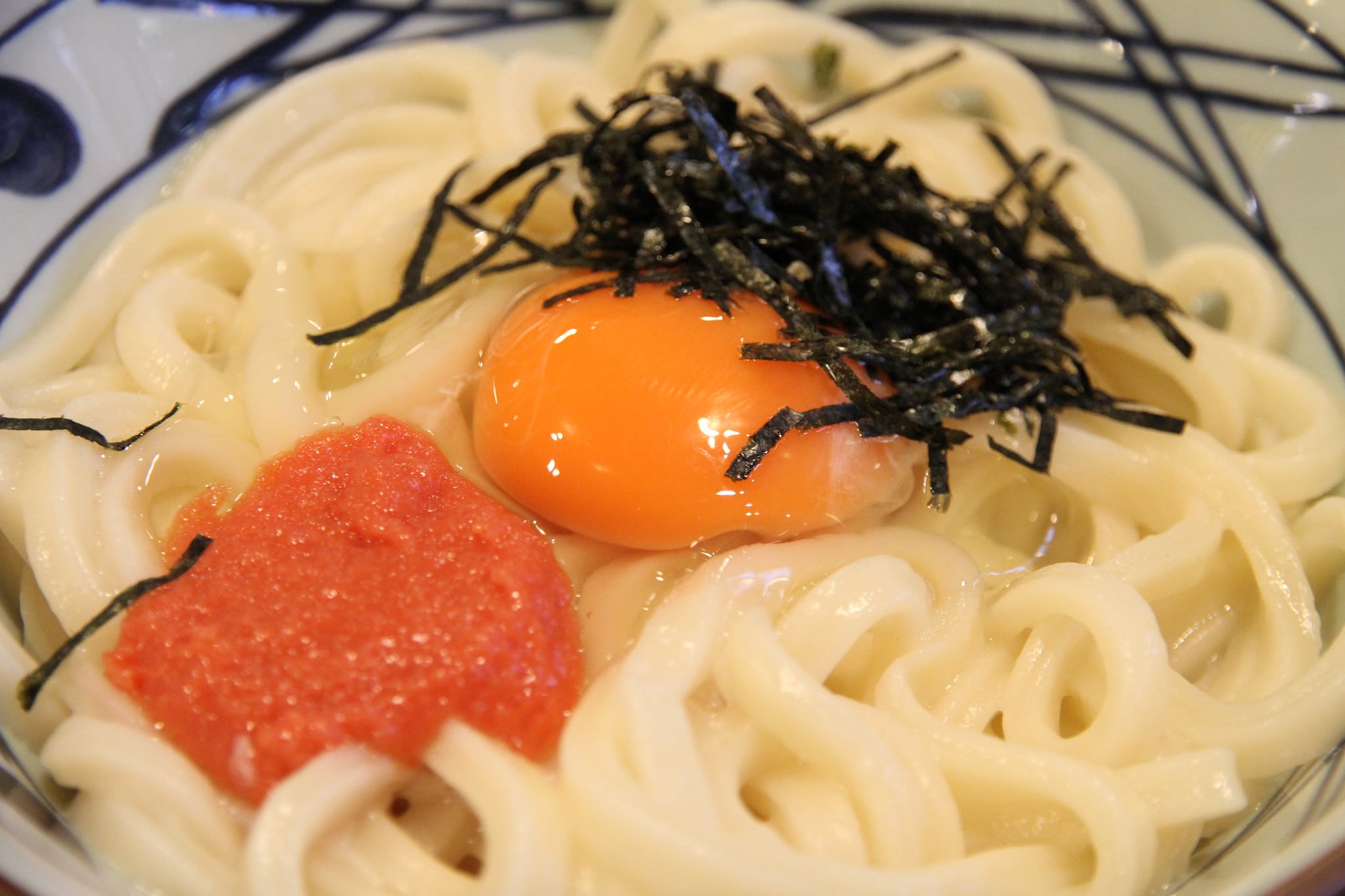 Eating Our Way Through Japan