If you look at the map of Europe with no political borders, you may not even find Albania.  Where exactly does Greece end and Albania begin?  If you remember that just a thin strip of Ionic/Adriatic Sea separates it from the heel of Italy, your task finally becomes achievable.  But once you realize how physically indistinguishable Albania is from its far richer and far more popular neighbors, the question becomes “Why?”  Why are so few tourists coming to Albania?  Greece is number 14 in country rankings by incoming international tourists and Italy is number 5, while Albania is number 58, right behind Iran!  And why are Greece and Italy so much more expensive than Albania?    Among 41 European countries, Albania takes proud spot #35 in the Cost-of-Living Index plus Rent.  Albania has the gorgeous Alps and the beautiful sea and beaches that make Greece and Italy tourist hotspots, yet there are barely any international tourists to be found.  The answer is hidden in Albanian history.  Or more precisely, laid out in plain and clear view right on top of recent political events.  That answer is communism.  Started in 1941 by Enver Hoxha, a leader of a small Albanian communist group who finally gained popularity as Albania searched for a way to liberate itself from Fascist Italian occupation, and ended in 1990, five years after Hoxha’s death, amid economic collapse and social unrest.  Even 30 years after its downfall, communism has left a visible mark on the features and the soul of this country. One of the most remarkable features of Albania's brand of communism was the cult of personality with its leader, Enver Hoxha, a paranoid dictator who broke off relations with both the USSR and China, the only two communist superpowers in the world.  Apparently, China and USSR weren’t communist enough for Hoxha’s taste, and that move left Albania as one of the most isolated countries in the world, surrounded solely by “enemies.”  To protect Albania, Hoxha drained the country's resources to build millions of concrete military bunkers, one for every family, around 15 bunkers per every square mile on average.  The bunkers were never used and all the money that could have gone to infrastructure such as housing and roads was wasted.  No matter where we went, there were bunkers scattered everywhere, on mountain passes, city streets, beaches, vineyards, and pastures.  Mostly abandoned, some used for storage or sheltering animals, a lot of bunkers in populated areas have been painted in cheerful colors of bright pink, red, and purple, some sporting the Albanian flag on the very top.  It was a strange and a cartoonish sight – a neon pink, half dilapidated bunker, surrounded by planted flower beds, next to a playground in a city center.

To further protect his people from the “enemies”, Hoxha discouraged Albanians from visiting numerous beaches in the country, as those were the easy target of a military attack.  There was only one beach resort, in Durres, built solely for the enjoyment of upper-ranking communist members.  My aunt, Irina, who lived in Albania, told us of her surprise at absolutely empty beaches in the early 2000s.   In the post-communist era, locals had no beach-going culture and she had to beg her Albanian husband to take her for a stroll and a swim at a local beach.  He, like many Albanians, had no appreciation for such a pastime.  She noted that this has changed in the last fifteen years or so and more and more accommodations are being built on beaches and not just for tourists, but locals as well.  But in comparison to Italy and Greece, Albania is far behind in building infrastructure and maintaining their beaches to the standards of international tourists. The situation in the northern mountainous region of Albania is even worse.  Instead of expensive skiing resorts, posh spas, and trails for hiking enthusiasts, all that exists of infrastructure are a few dozen guesthouses reachable only by a nerve-wracking drive down a two-lane mountainous road, the width of which is barely accommodates one car, leaving no room for incoming traffic.  The road climbs and spirals through the mountains, with a sharp cliff off one side, and occasionally scattered monuments to those who died in auto accidents in these unforgiving driving conditions.  We drove up there with an occasional murmur of prayers from the backseat, Julia describing the natural beauty around us while I intensely concentrated on the road.   It is going to take a lot of road development to encourage non-suicidal tourists to visit Valbona National Park, despite cheap accommodations, fresh farm-to-table breakfasts, and gorgeous views.  Ironically enough, while there were no roads or ski resorts, there were plenty of bunkers in the mountains.

Another remnant of communism in Albania is the lack of religious conviction.  Albania is one of the few historically Muslim countries in the region and theoretically should be a hub for Muslim tourists, seeking something new with a touch of the familiar.  In reality, Albanians are hardly religious.  Men drink alcohol and young women wear the shortest of shorts, strolling city promenades.  We never saw a single burka or a head covering.  Almost every mosque we saw was closed and the one time we caught evening prayers, there were hardly more than ten men gathered in the city of thousands.

Even after the longstanding communist regime fell, the consequences echoed through the years following.  During communism, the government doled out meager salaries and pensions and the population had no financial education or knowledge of how currency, interest, and free markets work.  The next chapter of Albanian history we learned from Luca, our Airbnb host in Berat, who told us of strange civil unrest in 1997 caused by a government-sponsored pyramid scheme.   So many people lost what little money they had to this corrupted scheme that thousands turned to protesting in the streets and raiding unguarded military depots.  The sight of military tanks being driven around cities by belligerent civilians was enough to have our host’s father send him to attend university in another country.  Then, to further tax the meager financial resources of Albania, a huge influx of refugees flooded the country during the war in Kosovo, with almost every family housing at least one refugee.

The result is unsurprising.  The country that is so rich in natural resources has a population that is incredibly poor and is struggling to get by.  Luca, who has a house, a beautiful wife, two children, and ambitious plans to open a restaurant, told us that he supports his family by working three months every year in Germany, where he saves two thousand euros per month to bring home.  There are simply not enough jobs in Albania now to support the residents.  Luca is hopeful for one thing – things will be changing for the better.

There are many countries we wished we visited sooner, before the crowds of tourists, before all the restaurants and malls and hotels were built, when it was still an undiscovered paradise.  Albania is the first country where we immediately knew – we got there just in time.  Sometime soon they might join the EU, sometime soon more money will flow into the country, and the roads, hotels, and resorts will be built and hopefully, there will be no lack of tourists coming to relax on the beaches or explore the mountains.  The country will shed its communist past and might eventually become the next hot destination, gracing the “top ten” lists of every travel website.  Sometime soon Luca might be making his living running a hotel and a restaurant for the numerous tourists flooding his town.

We will be visiting Albania again and a small part of me hopes that we will not recognize it.  For Luca’s sake. 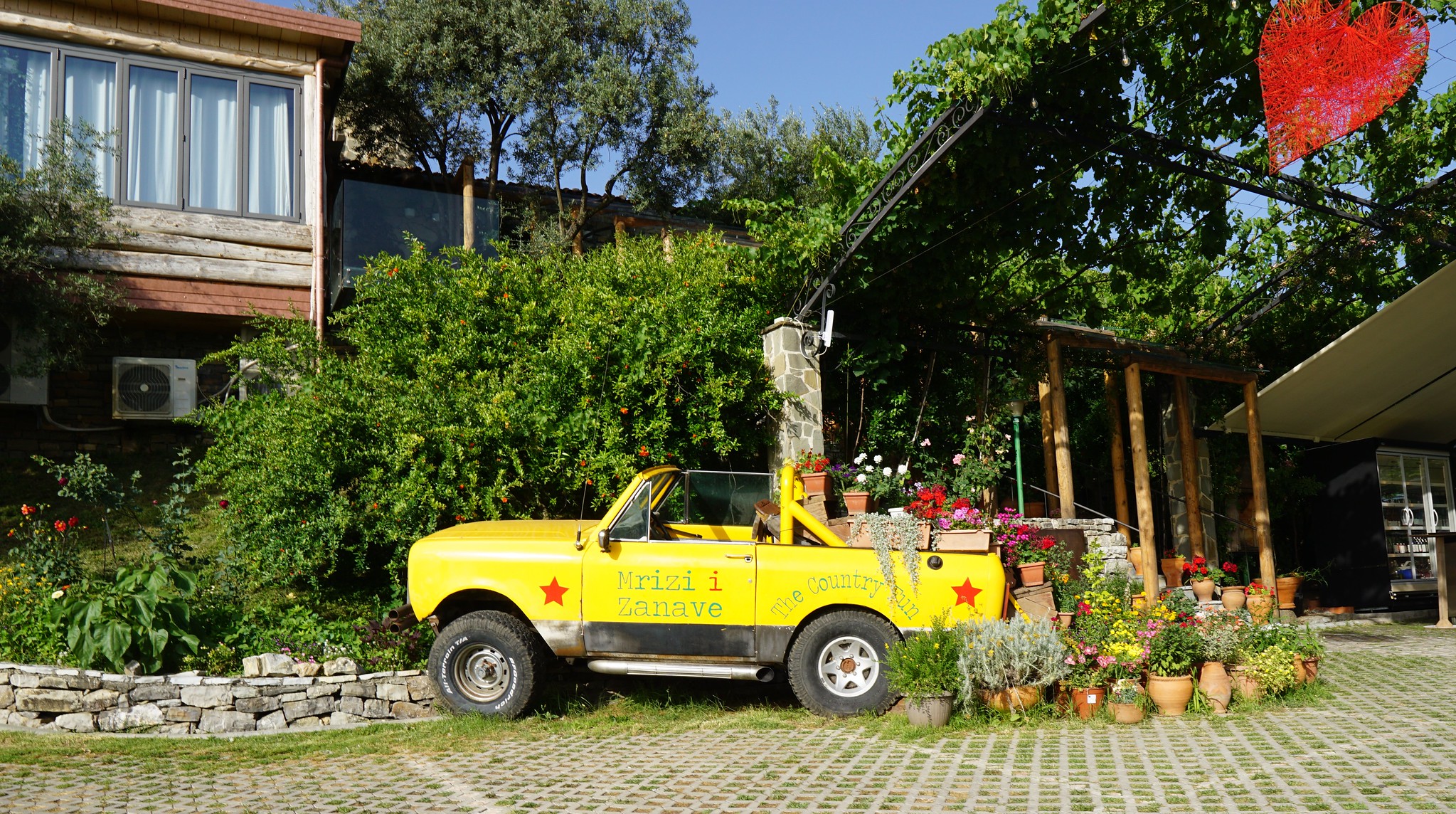 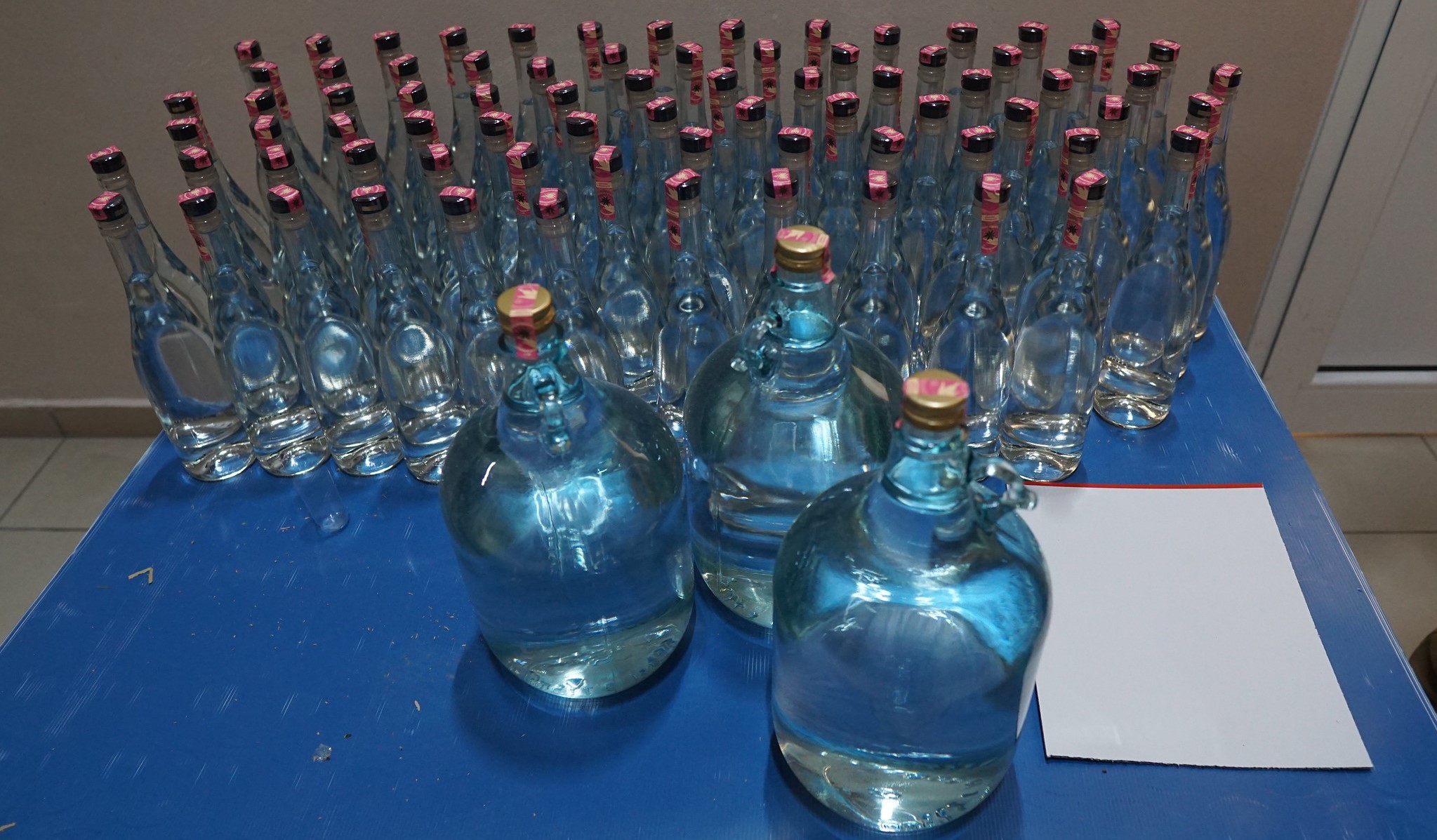