There are a lot of things in this world I do not understand and probably never will.  One of the most confusing concepts for me is why, how, and what is going on with Georgia not being on every “You Need to Get Your Butt to This Country ASAP” list ever.  Due to its mild weather, great food and wine, low prices, and Russian-speaking older population, Georgia is a top destination for tourists from the countries of the former Soviet Union.  But outside of that region, it seems like no one has ever heard of Georgia the Country.  Yes, in 2015, Georgia made it to the New York Times’s list of “52 countries to go” but the country is still largely ignored by the international visitors.

The only reason we decided to go was Victor wanted to see his family, while not spending a week sitting around his childhood home in Belarus.  It was a tall order – his parents don’t really travel well.  Their last trip was over 25 years ago to a wedding in Saint Petersburg, Russia and since then they haven’t ventured anywhere outside of occasional beach visits.  They were dead set against having to go through the hassles of getting a visa.  After hours of discussion and pouring over maps, we settled on the country that was easy enough for them to get to and interesting enough for us to explore.  In all honesty, no one in this entire arrangement was too excited about it. “Georgia!” Victor was on the phone, rubbing his temples, “Georgia doesn’t have visa requirements, short flight, and people speak Russian! We can meet you in Georgia!”

I could hear his parents’ anxious voices seeping through the phone, “But what if… I don’t know if we can… Why can’t you come here…”

As much as I wanted for Victor to see his family, deep inside a small part of me was hoping that they would refuse to travel and we would be free to travel to a country we really wanted to explore – Portugal, Ireland, Germany among many.  In the end, his parents finally agreed, and we were set to spend a week in Georgia.  I did not have high expectations.  I have been all over Europe, South America, Asia, and never heard of a single fellow traveler praising Georgia.  Or even having been to Georgia.

Over the next few months, I got used to saying, “Georgia the country, not the state!” to everyone who inquired about our next travel destination.  I may as have been saying, “Georgia, the one you never heard of” with the same success.  To stretch out the trip, I was planning on visiting Belarus for a week and then flying to Georgia with Victor’s parents to meet him there.  In the end, all the hassle around my failed visit to Belarus and a forced solo trip to Poland overshadowed my plans and expectations for Georgia.  I put all my effort into planning my very first solo trip and decided not to worry too much about either of Georgias, the country or the state. That is why, upon arriving at Tbilisi airport, I found myself vaguely worried.  What is this country again and what are our plans here?  I met up with Victor by the terminal exit doors, who had arrived only 30 minutes earlier by a transatlantic flight from Chicago, and shared none of my anxieties.  He was, as always, immaculately prepared with itineraries, plans, and guidebooks in hand.  We found his parents outside of the terminal, waiting for us with our driver who was holding a giant sign with my name.   They arrived an hour earlier and have been pleasantly chatting with Levon, owner of the Airbnb we rented who volunteered to pick up all of us from the airport.  We have been worried for weeks about how we would all locate each other in this airport without the aid of cell phones and it turned out to be a complete non-issue.  It was a sign of things to come.  Georgia turned out to be one of the most relaxed, easy-going, non-issue trips we ever had.

The very first night, after showing us the Airbnb, Levon inquired about our further plans and volunteered to drive us to our next destination for a ridiculously low price.  In the end, Levon became our trusted driver and guide, taking us all around Georgia in his old black sedan, helping us with finding great accommodations and restaurants around the country.  He answered all of our questions about Georgia and told us a myriad of maybe not always historically accurate but very entertaining anecdotes.  He even led a traditional Georgian toast on Victor’s mom’s birthday, which started with “drinking to our elders”, went on to toasting the concept of love, and on and on until I was too drunk to keep tabs.  With a local by our side, we were able to give Victor’s parents a very smooth traveling experience without our usual “lost and confused in a foreign country” shenanigans.

And here’s the thing about Georgia: while we were lucky to find Levon, everyone in Georgia is just like that – incredibly welcoming to foreign guests, able to make everyone feel at home, and proud to show off their homeland.  Georgian hospitality is known far and wide in Russia and neighboring states.  A guest is considered to be God’s blessing for a Georgian.  In all our conversations with sellers, vendors, taxi drivers, and a variety of locals, we never felt pressured, taken advantage of, cheated, or uncomfortable.  Local sellers of homemade wine and churchhelas (a long lump of nuts covered in grape syrup) were proud to show off their delicious products and to chat even if we didn’t purchase anything.  Almost every conversation ended with “Come back next year!  Georgia is expecting you back! In the end, after Levon single-handedly remade our itinerary, it looked like this:

Days 1-2:            Two days in Tbilisi exploring the Georgian capital with its old and contemporary architecture, visiting an ancient fortress hanging over the city, soaking up in traditional sulfur bathhouses, and devouring countless delicious dishes of Georgian cuisine in the city’s restaurants and cafes.

Day 3:                  The following day, we hit the road visiting Mtskheta, a little town outside of Tbilisi, the former capital of Georgia at the confluence of two rivers, Aragvi and Mtkvari, and the sight of the ancient Christian Georgian monasteries and cathedral.  We then visited Uplistsikhe, an ancient rock-hewn town, and stopped by Gori, the birthplace of Joseph Stalin, to tour Stalin Museum with its numerous Communist propaganda posters, a collection of Stalin’s smoking pipes, and a replica of his birth home.  We finished the day driving back to Tbilisi by the territory annexed by Russia during the 2008 military conflict.  The territory occupied now by South Ossetia previously belonged to Georgia.  We were riding less than a mile from this new border.

Day 4:                  On this long day trip out of Tbilisi, we drove the infamous and incredibly picturesque Georgian Military Road to Kazbegi, a majestic mountain towering over a little town of the same name. Multiple stops to admire the bucolic views of the mountains dotted with grazing sheep on their slopes, old fortresses, gorges, and waterfalls were the main attractions of the day capped with exploring the Sergenti church dramatically set with Kazbegi mountain as the background. Day 5:                 We ventured into the eastern region of Kakheti known for its countless old fortresses, beautiful lakes, and world-renowned wineries of the Alazani valley.  On our way to Telavi, where we celebrated Victor’s mom’s birthday and spent the night, we stopped by an old and crumbling fortress of Ujarma, poked our noses into the Alaverdi monastery surrounded by grapevines, and drove through the pastoral landscapes of the Alazani valley.

Day 6:                  We continued our drive through Kakheti, stopping by lakes Lopota and Ilya, exploring the old fortress of Gremi and Nekresi monastery, and ending our day with an incredible visit to a winery in Kvareli, where we had dinner and were served the exceptional dishes of Georgian cuisine with the restaurant providing unparallel views of the Alazani valley.

Day 7:                  On this day, we explored the town of Kvareli with its quirky museums and had a wine tasting at a world-renowned Kindzmarauli winery.  We finished the day in Sighnaghi, a picturesque hill town with cobblestone streets that felt very much Italian.

Day 8:           We finished our journey in the Kakheti region and Georgia overall by exploring Sighnaghi and its surroundings, including visiting the pilgrimage site of Bodbe monastery and the hometown and museum of a very famous Georgian, a nativist artist Niko Pirosmani.

Even though we managed to cover a very large part of the country in just one week, I absolutely plan on coming back.  Years later, I am still in love with the food, the wine, the sites, one particular dog, and every person I met.  After all, Georgia is expecting us back as well. 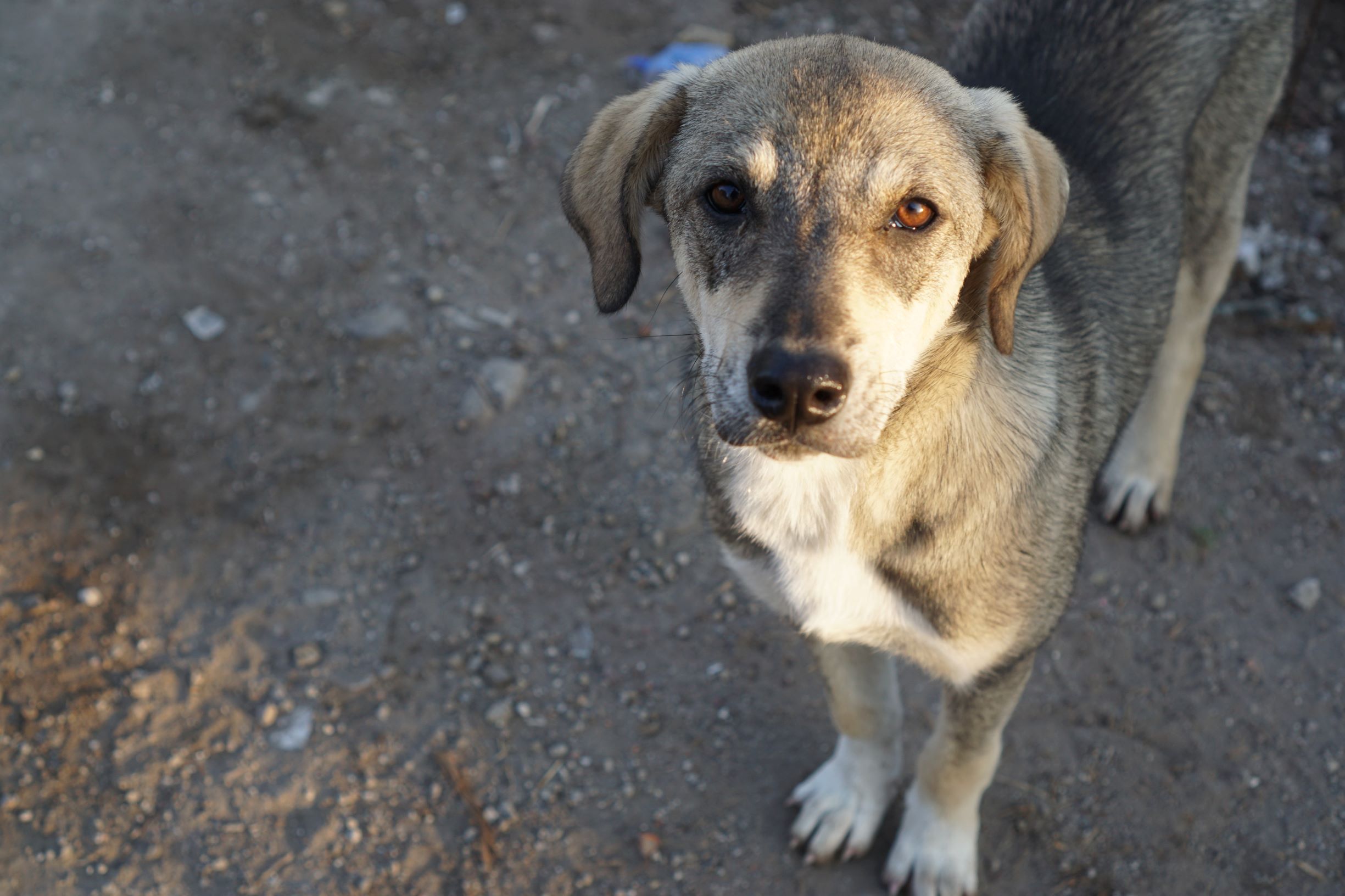