In the summer of 2009, we went to France to “chase the light”.  When I initially announced my intentions for this trip, Julia gave me a confused look and asked me to elaborate.   I explained that we would start in Paris visiting as many art museums as we possibly could and then venture north to track the steps of the most famous Impressionist, Claude Monet.  We would visit his house and garden in Giverny and then go to Rouen to admire the cathedral he painted in the series of works, capturing the changing light on the cathedral’s façade.

She was not that far off.

The Monet route was somewhat an obsession of mine, and I carefully considered many stops for my art-lovers itinerary. What about also visiting Argenteuil and Vetheuil, two villages on the Seine River north of Paris, where Monet also lived and painted? Or Honfleur, a port town in Normandy, where teenager Claude was taking his first steps in painting under the tutelage of a local painter Eugene Boudin? Can we also go to the cliffs and arch of Etretat on the Normandy coast that Monet also immortalized in his works?  Julia had to put her foot down and reason with me that Paris, Giverny, and Rouen were more than enough to get my Monet fix, especially on my very first trip to France.

In Paris, the Monet paintings were almost in every museum we visited.  The most iconic, “Sunrise. Impression”, we found in the Marmottan Museum.  The painting showing two boats nearly dissolving in the fuzzy light of early morning gave the art movement its name – Impressionism – yet the work was heavily criticized and ridiculed when Monet painted it in 1874.    The de l'Orangerie Museum had monumental canvases of water lilies in two wall-to-ceiling giant oval rooms.  Five days in Paris were barely enough to scratch the surface but we needed to move north.  At Gare Saint-Lazare, as we were waiting for our train, we marveled at the station that Monet also painted on numerous occasions early in his career, depicting trains departing to or arriving from Normandy with the station drowning in billowing clouds of smoke and steam.

After riding a train for about an hour, we got off at the Vernon train station and took a bus to Giverny.  The bus was filled with art enthusiasts like us.  Giverny is a lovely village, and it is easy to see why Monet chose it for his house and outdoor studio of nearly 45 years.  Visiting Giverny is enjoyable even if you have no interest in art.  The lily pond and the garden can be visited on their own without any references to artworks.  However, for those who appreciate Monet’s talent, visiting this place is a magical experience as Monet’s paintings come alive. We spent solid three hours in Giverny, wandering through colorful Monet’s Garden, peeking into his house, and looking at our reflections in the lily pond.  After the visit, we took a bus back to the Vernon train station.  The tourists who visited the Monet house with us took a train back to Paris.  We continued further north, to Rouen, arriving there in the late afternoon.  Most people know Rouen as the place where Joan of Arc was burned at the stake.  The exact location of the execution is marked by a giant monument in the center of the city.  Half-timbered houses are another distinct feature of the town.

However, we were in Rouen for another sightseeing - its cathedral.  In 1892, Monet rented an apartment right across from the cathedral and painted it in a series of works.  The theory of Impressionists was that following the invention of photography, artists were no longer required to create photographic images of objects or persons they painted.   Rather, the artists’ job was now to go beyond and paint something imperceptible and fluid that cannot be caught by a camera, such as the changing light.  With the invention of the paint tube in the middle of the 19th century, artists were also free to leave their studios, paint outdoors, and … chase the light.

Monet took this theory to heart and painted identical objects outdoors at different times of the day and during different seasons.  The object itself is irrelevant, but the light that reflects off it is the essence of the painting.  The Art Institute of Chicago with its remarkable collection of Monet’s haystacks is where the central theme of Impressionism can be easily explained.  Another example is the London series, where Monet painted the House of Parliament and the Waterloo Bridge at different times of the day, catching changing hues and colors of London’s fog.  The Rouen cathedral series followed the same idea: the façade of the cathedral structurally remains the same, but it does not look the same during different times of the day. 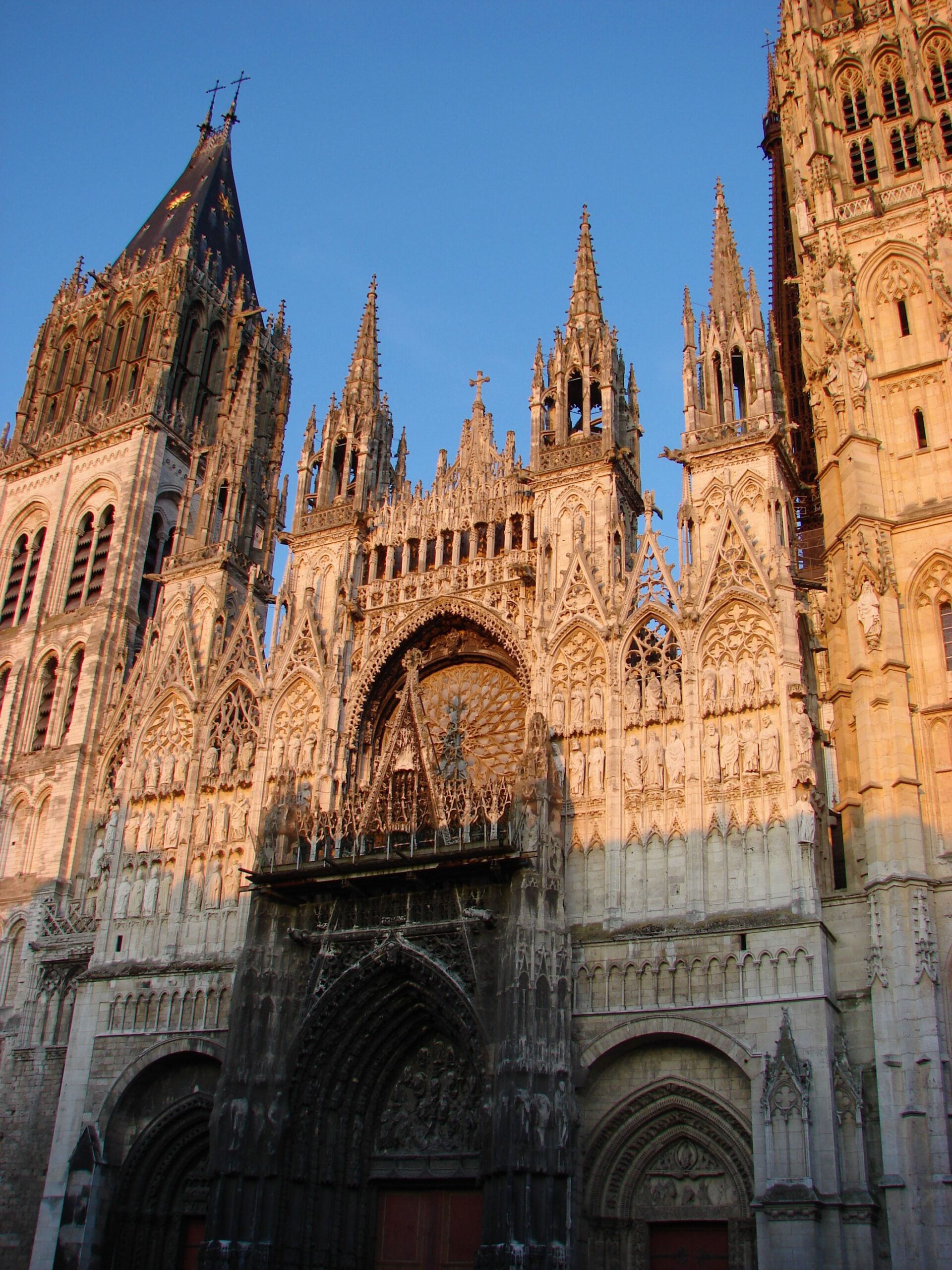 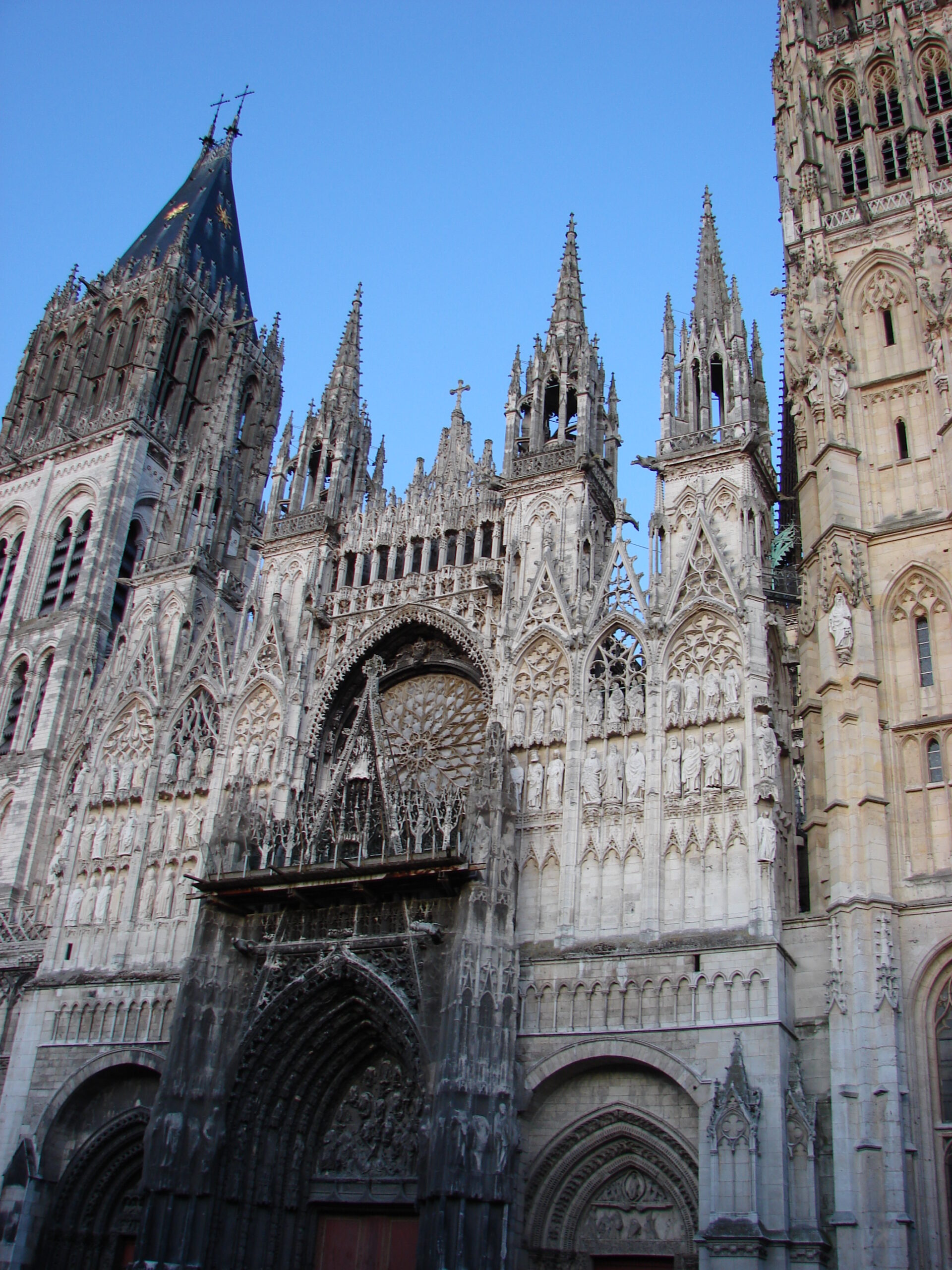 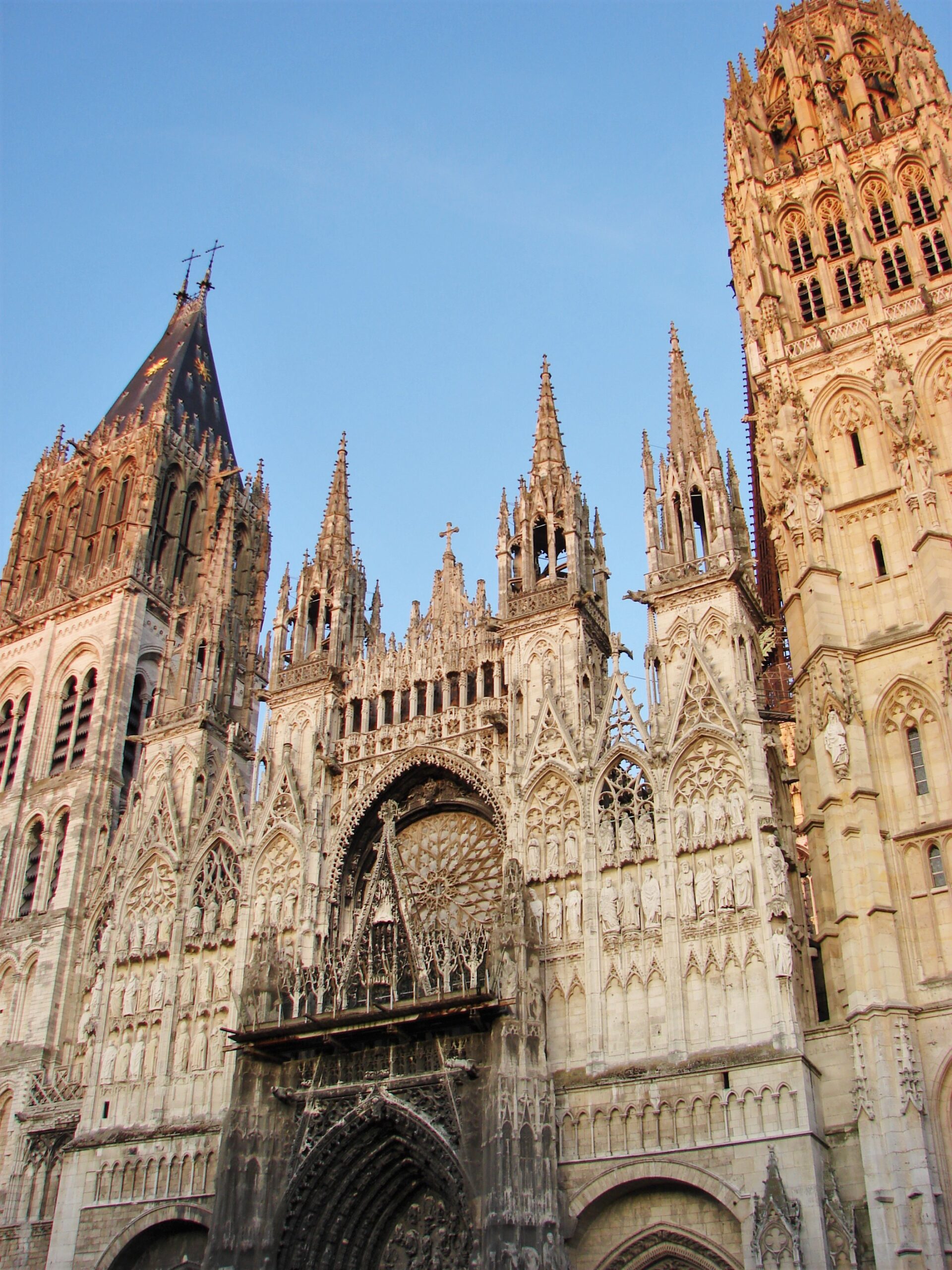 We timed our arrival in Rouen perfectly, turning up at the cathedral square shortly before the sunset.  For the next 40 minutes, as we stood roughly where Monet rented an apartment in 1892, we saw how the shifting sunset light would flicker off the cathedral’s façade changing the image of the building.  We were so mesmerized by this light show that nearly forgot to take pictures of the cathedral.

Inspired by the views of the Rouen Cathedral, several years later, I started my own Impressionist project.  For nearly seven years, the windows of my office faced downtown Milwaukee including the City Hall.  I took pictures of the city early in the morning and late at night, during bright summer days and dreary Wisconsin blizzards.  The result is an amazing collection of photographic Impressionism. In some way, I defeated the idea of early Impressionists that you cannot capture the light with a camera.  And it makes me wonder, had Claude Monet had an iPhone in his pocket in 1892, would we have his paintings as we know them or Impressionism at all for that matter? 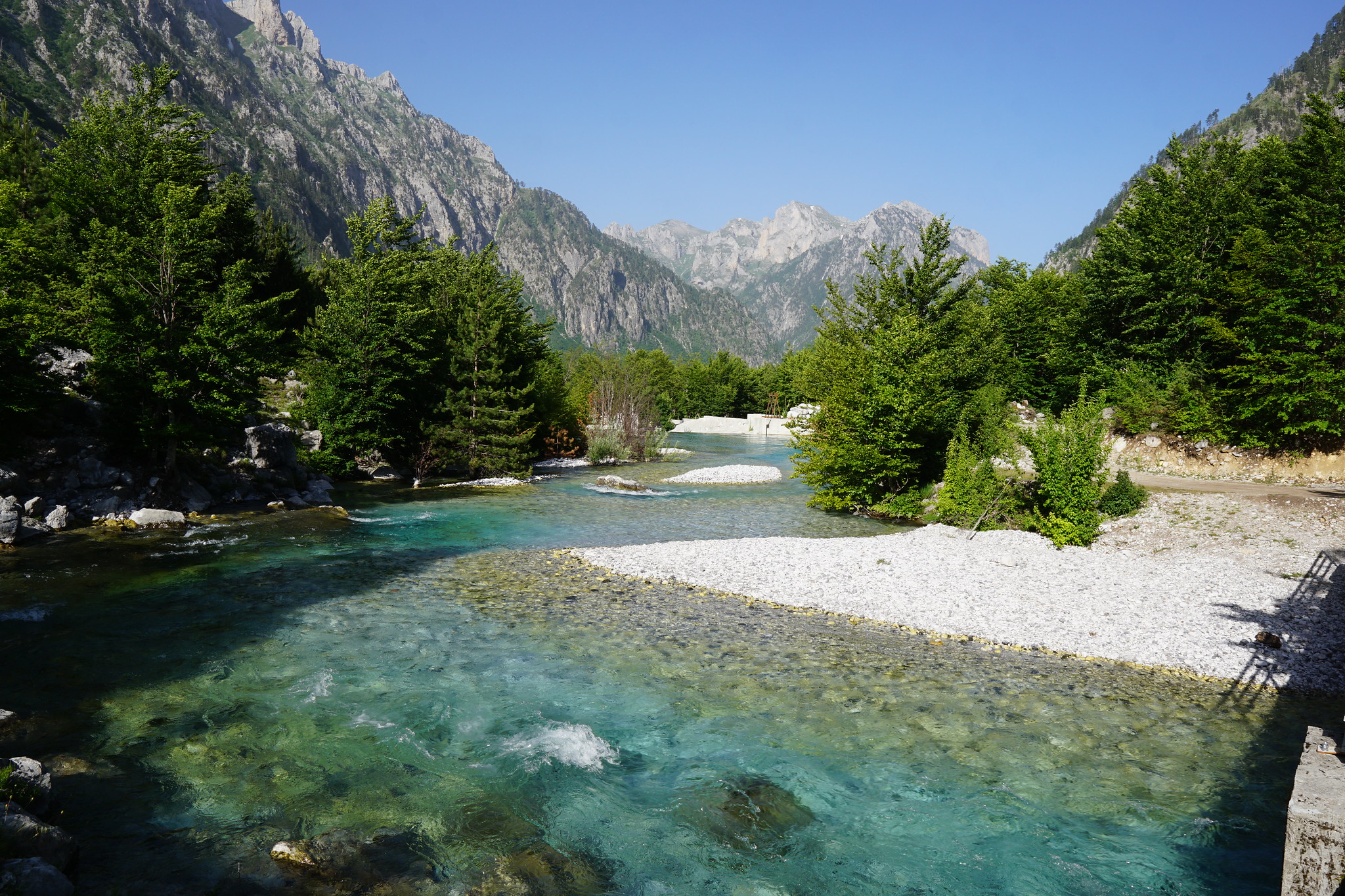 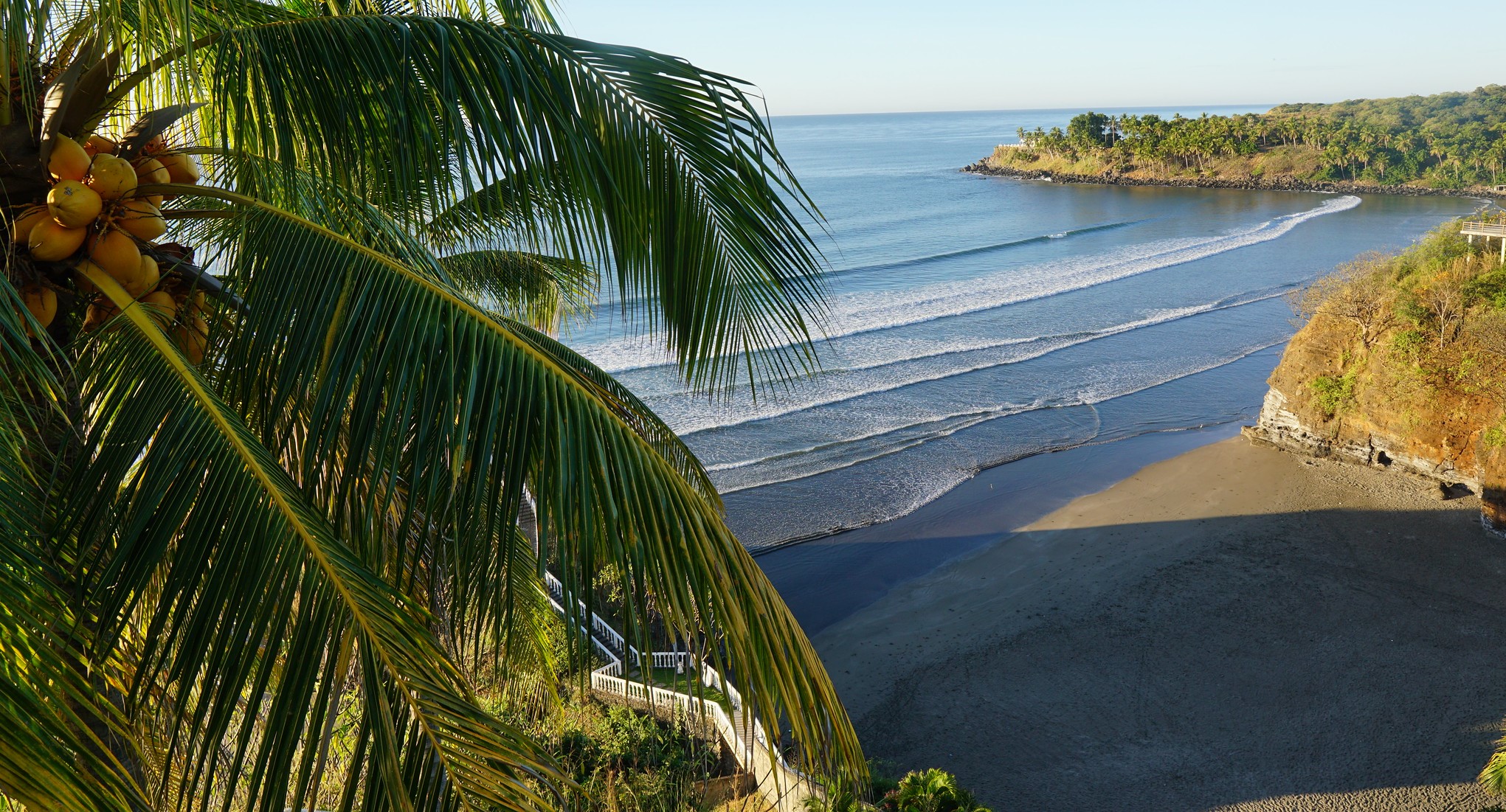 El Salvador: The Beginning And The End