There is a conversation that happens in every country we visit.  The locals earnestly ask, we honestly answer, the locals are thrilled, and by the end of it, everyone is happy.  But this one time, it went off script.

“How do you like Cuba?” the taxi driver asked, flashing us a wide smile.

“We love it!” I answered enthusiastically.

There was a short pause, and then the driver threw his head back and laughed uproariously, “WE DON’T!”

In the over forty countries I’ve been to, this has never happened before.  In the midst of a bloody revolution in Egypt, in the poverty of rural villages of India, in historically violent boroughs of Medellin, Colombia, in small, neglected towns of El Salvador, we never heard anyone disparage their own country.  At least not to us, a pair of random foreigners, and not quite this freely and sincerely.

The driver switched to rushed Spanish and Victor hurriedly translated under his breath, “There is no toilet paper, no soap, food shortages… The government gives us food rations coupons while all stores are out of food…”

He kept talking, gesturing with his arm out the window as if pointing out every instance when the government has failed its people.  If it wasn’t for Victor’s translation, I would have thought this to be a cheerful conversation, as his tone remained upbeat, and he punctuated sentences with merry laughter.

I didn’t know what to say.  So, I stayed quiet and listened and at the end of the ride, gave a large tip.

It was our third day in Havana.  On the first day, we marveled at the gorgeous Gran Teatro de La Habana, taking numerous pictures from every angle, until we rounded the corner to find ourselves in an alley full of run-down buildings, empty storefronts, and a crowd of touts asking us to buy a cigar, exchange money, or simply for charity. On the second day, we ventured outside of old Havana and the city center, into the area that later our second AirBnB host would point to on the map and dramatically whisper “No go… no go…”  We found ourselves in a run-down part of town, which is saying a lot, considering most of the residential buildings in Havana are decrepit and crumbling.  At the time, we didn’t know that this was “No Go!”, so we wandered around, silently taking in everything around us.  We were surprised to see a large picture of a happy smiling baker surrounded by delicious baked goods on a side of a building.  Havana famously has no advertisements on buildings or billboards, and this was the first one we’ve seen.   A long queue of people lined up outside this panaderia (bread store), as patriotic portraits of Fidel and Raul Castro hung right above the windows exposing empty shelves inside.

Across the road, a small covered market with multiple food stalls looked to be full of people and opportunities to see what locals eat.  Upon closer inspection, it turned out that everyone crowding outside the market was actually waiting for the bus and the inside was empty of both people and food.  There was one sad sandwich on display and a few trays of fried corn dumplings.

“Food for Cuban people,” someone said behind me and waved their arms to indicate that we shouldn’t even try to eat any of this.  I watched an older woman pick up a bowl of what I can only describe as “brown gruel” from the counter.  It was the first time I didn’t want to try street food in my travels.

Walking back to the city center, we popped our heads inside a pharmacy.  The shelves were almost empty. “You were right,” Victor murmured under his breath.  He didn’t say anything else, but I knew what he meant.  A few days before our trip, I found out from a friend that there was a severe shortage of medical and hygiene products in Cuba.  After some googling, I decided to stuff our carry-ons full of ibuprofen, Tylenol, and soap.  Victor, at the time, wasn’t too thrilled with the idea and kept questioning me if any of this was really necessary.  Both of us remembered Obama opening up Cuban relations in 2015 and American tourists, money, and products flowing into the country.  Neither of us was aware of the Trump administration closing everything back down by prohibiting commerce and imposing new restrictions.  By the end of the trip, having given away all our toiletries, medicine, soap, and even a few pairs of flip-flops, we knew that we didn’t bring enough.  And even if we come back with multiple suitcases full of medicine and soap, it will still not make a dent in a country where store shelves are mostly empty.

And so, by the third day, I really shouldn’t have been too surprised to hear what the taxi driver had to say, after all, I saw what he was talking about with my own eyes.  But I am used to locals praising their countries, maybe because they are optimistic for the future or are possibly embarrassed to “air out the dirty laundry” in front of tourists.  But at the time of our visit, Cubans were neither.  Sixty-three years after the Cuban revolution, so many no longer believe in the Communist ideals and the bright future promised by Fidel Castro.  We were told that as recently as ten years ago, Cubans were scared of even talking to foreigners, as they could be detained or even imprisoned for such transgression.  Now, with the country opening up for tourism, the locals are only too happy to shake your hand, ask where you are from, and inquire if you might have any soap.  They are not blind to the failures of their government and are not embarrassed or scared to speak of them.

When handing out medicine and soap, we tried a careful approach, making sure that the recipient has a chance to avoid any humiliation.

“Do you know anyone who could use some medicine or soap? We have extras.” Victor would ask, tactfully.

They are not embarrassed to admit it because this was not a personal failure, but a failure of the government, of the system, of socialism, of politics, and of corruption.  Things are changing rapidly in Cuba and it’s possible we caught them during a short period of time when people were both disappointed and outspoken and this might change for better or worse in a blink of an eye.

We hope it’s for the better.

Coming Up: Why we didn’t lie when we said, “We love Cuba!” 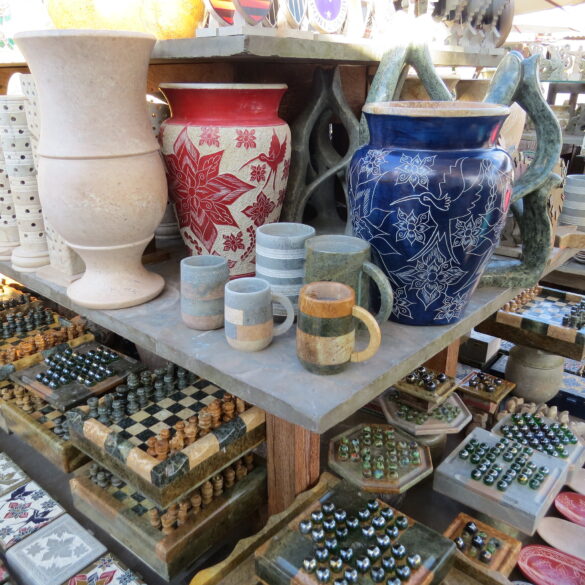 Our Own Museum of Travel 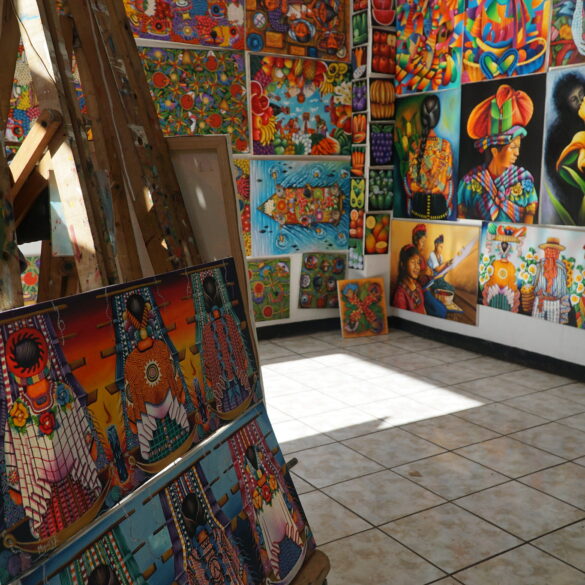