Continuing from the previous post: Day of the Dead in Mexico - This is not Disney's Coco.

After the Day of the Dead parade was over, we grabbed a few tortas and coffee at a local restaurant to warm up.  It was 5 pm and the weather was turning again to a chilly drizzle.  But our day was only beginning.  This was going to be part of our day we couldn’t plan remotely, no matter how much we tried.  We needed to make it out of Mexico City and to a small village of San Andres Míxquic, approximately an hour away, to spend the evening at a local cemetery.  Unfortunately, so did half of Mexico City.  The indigenous cemetery at Míxquic was quite a popular destination on the Day of the Dead, and we heard that the traffic would be terrible,  there is no reliable public transportation, and it might be hard to find a ride back to Mexico City at night.  Yet, we were determined.

“We’ll spend the night at the cemetery if we have to!” said Victor.

I nodded along and tried not to look terrified.  We have spent nights at all kinds of unconventional locations – on the floor of airport terminals, in busses and trains, on a mattress in a garden shack in rural England, in a rat-infested river bungalow in Cambodia, in a tent in the White Desert of Egypt, searching for a motel in rural Wyoming while our car was rapidly running out of gas, sleeping on tatami mats in a mountain Buddhist monastery next to a cemetery, but never in the actual cemetery itself.

Trying not to think about this too much, I pulled up an Uber app and requested a ride.  The estimate showed a very reasonable $25 for almost an hour and a half of driving.  We waited outside until our Uber ride pulled up and things immediately went sideways.  The driver stared quizzically at the destination displayed on his phone screen and started zooming out with his thumb and forefinger to see where exactly we were going on the map.  After making no less than six zooming-out motions and still not seeing our destination, he turned back and asked us where in the world we were trying to get to.  After Victor explained, the Uber driver shook his head.

“No, esta muy lejos!” and he canceled the trip.

We climbed out of the car and called another Uber.  We spent a lot of time in Chicago worrying about how we were going to get back from Míxquic.  Now, it was looking like we may not even be able to get there.

The next Uber that pulled up had a barely twenty-year-old clean-cut kid at the wheel.  He greeted us and immediately took off, carefully following the GPS directions.  Victor and I slowly relaxed in the back seat.  As the city turned into suburbs and suburbs disappeared in favor of occasional villages, the road got bumpier and dustier with every kilometer.  We didn’t see any of the expected traffic until we got very close to Míxquic, apparently, we were arriving early enough to avoid major road congestion.

Victor leaned forward and, with an offer of a generous payment, asked our driver if he could possibly pick us up and drive us back to Mexico City in about 4-5 hours.  The boy looked back surprised.

“Oh no!” he said, “This is a dangerous area.  I can’t be here after dark.  My mother is expecting me home tonight.”

Victor and I stared at each other wordlessly.

“Why did you drive us here then!?” I wanted to yell, “We are gringos, we don’t know anything!”

But immediately, the rising panic was replaced with resignation.  We were already here.  We would simply have to figure it out.  I did take that one Krav Maga class once.

As we drove into Míxquic, our fears were quickly quenched.  There were hundreds of people on the streets, food vendors, families with children, couples walking hand-in-hand, cars streaming into parking lots.  There were police officers directing traffic.  It looked and felt absolutely safe.  We got out of the Uber, thanked our driver, and watched him attempt a clumsy three-point-turn in the middle of a street overcrowded with people, and slam on gas as he rode out of town.  Victor and I shrugged at each other. There are two reasonable explanations that I could come up with to explain his words.  One – he didn’t mean that this village was dangerous, but that driving back in the dark in a rural area was dangerous.  There were a lot of potholes and speed bumps that can prove perilous on the unlit roads outside of Mexico City and the boy was probably worried about damaging his car.  Two – he may have never been in this area before and having grown up in Mexico City, has often heard of dangerous areas outside of the city.  It’s a very common scenario all over the world where stories of robberies and murder in the media cause locals to think that every area outside of their own is very dangerous.  We have often been told by locals not to go to certain neighboring areas or cities, but when we point out that their own hometown is portrayed as unsafe in the media as well, they shrug it off, “Oh no, it’s fine here!  But be careful about going anywhere else!”

Either way, we were relieved to find ourselves in a festive crowd on the colorful streets of Míxquic.  We walked around, browsing food stalls, finding that one of the most popular snacks was simply a bunch of fresh radishes with a spicy sauce.   The crowd seemed to get larger and denser with every minute going by, as more and more people arrived.  Finally, we made our way to the entrance of the cemetery and ended up in a long line of people patiently waiting to be allowed into the already overcrowded cemetery.

We usually do our best to avoid tourist overcrowding everywhere we go.  We try going to the most popular places during the low season or arrive very early to beat the crowds.   But that’s not possible when the attraction is not the destination itself, but festivities happening only once a year during a certain time.  And so we stood, pressed against other people in a crowd, slowly inching our way forward towards the cemetery gates.

“This is how people die in stampedes.” Victor casually said, “All it takes is people in the back to start violently pushing forward and the gates in front to not allow the entire crowd in.”

“Cool story,” I said flatly.  This whole situation was definitely getting very uncomfortable. Finally, we were allowed through the cemetery gates by police officers doing crowd control at the front.  Victor and I have previously discussed this visit at length, and we weren’t sure how to behave in the cemetery.  Was it OK to take pictures of the families on the graves?  Was it OK to walk close to the graves?  Was it even OK that we were there in the first place?  Whenever I visit a cemetery in the US to spend some time at a relative’s grave, I feel uncomfortable if I even see any other people in my direct line of sight.  I usually have to wait for my immediate surroundings to be completely empty of strangers before I can start contemplating my memories and feelings.  But this was a completely different cultural experience.

Families on the graves were chatting, eating, hugging, and catching up with their “grave neighbors”.  Old women sitting on small foldable stools were re-lighting candles among lavish displays of flowers.  Children, wearing Halloween costumes, were eating sweets.  No one paid attention to the hundreds of visitors on the main cemetery road or between tombstones, taking pictures and videos, talking, laughing, admiring fresh flowers and grave decorations.  It was a celebratory atmosphere rather than mourning, and personally for me, a very strange ambiance to find at a night cemetery.  It was refreshing to see death being treated with familiarity rather than dread and anxiety.  For everyone gathered at the cemetery, it must be a reassuring thought that their own deaths will follow a familiar trend – ofrendas will be set up in their honor, their graves will be decorated, and their families will come to celebrate their spirit visit every year.  Around the world, I’ve seen elaborate rituals around death and burials, but this is the first time I’ve seen ritualized remembrance of ancestors and friends long dead and buried. We spent several hours wandering between the graves and found that leaving was just as hard as entering, as we waited in yet another long line to be shuffled out.  As we left, we realized that we were lucky to get inside the cemetery when we did – the line now was many times longer than before.

Getting back home turned out to be less adventurous than we previously thought.  We didn’t have Internet connectivity, so we walked down the main street looking for taxis but finding none.  Victor was getting ready to start asking random people in the parking lots if anyone was driving to Mexico City and would be willing to take us along.  Just then, we found a taxi dropping off late arrivals and asked if he can take us to Mexico City.  He shook his head – too far to go.  But he was willing to take us to the closest metro station, about half an hour away, from where we took a train directly to our Coyocan neighborhood and walked about 15 minutes to our Airbnb.  All in all, it was quicker and much cheaper than getting to Míxquic.

In the end, the experience itself was worth every hassle we experienced in getting there and back and the long lines and crowds we faced at the location.   I still want to go to Morelia for another Day of the Dead, but this time, I’ll have a much better idea of what to expect.  At least that’s what I tell myself every single time I go traveling. 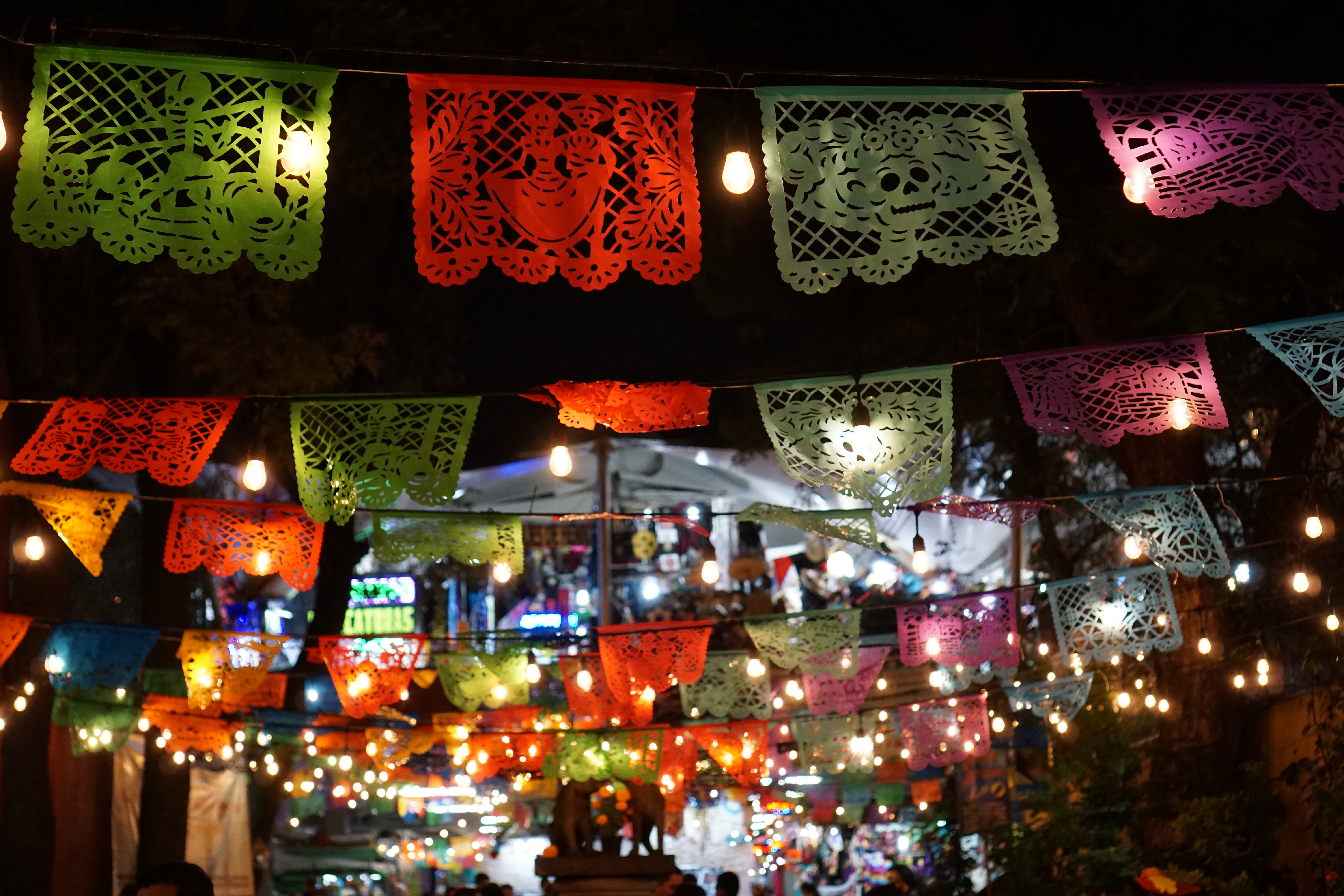 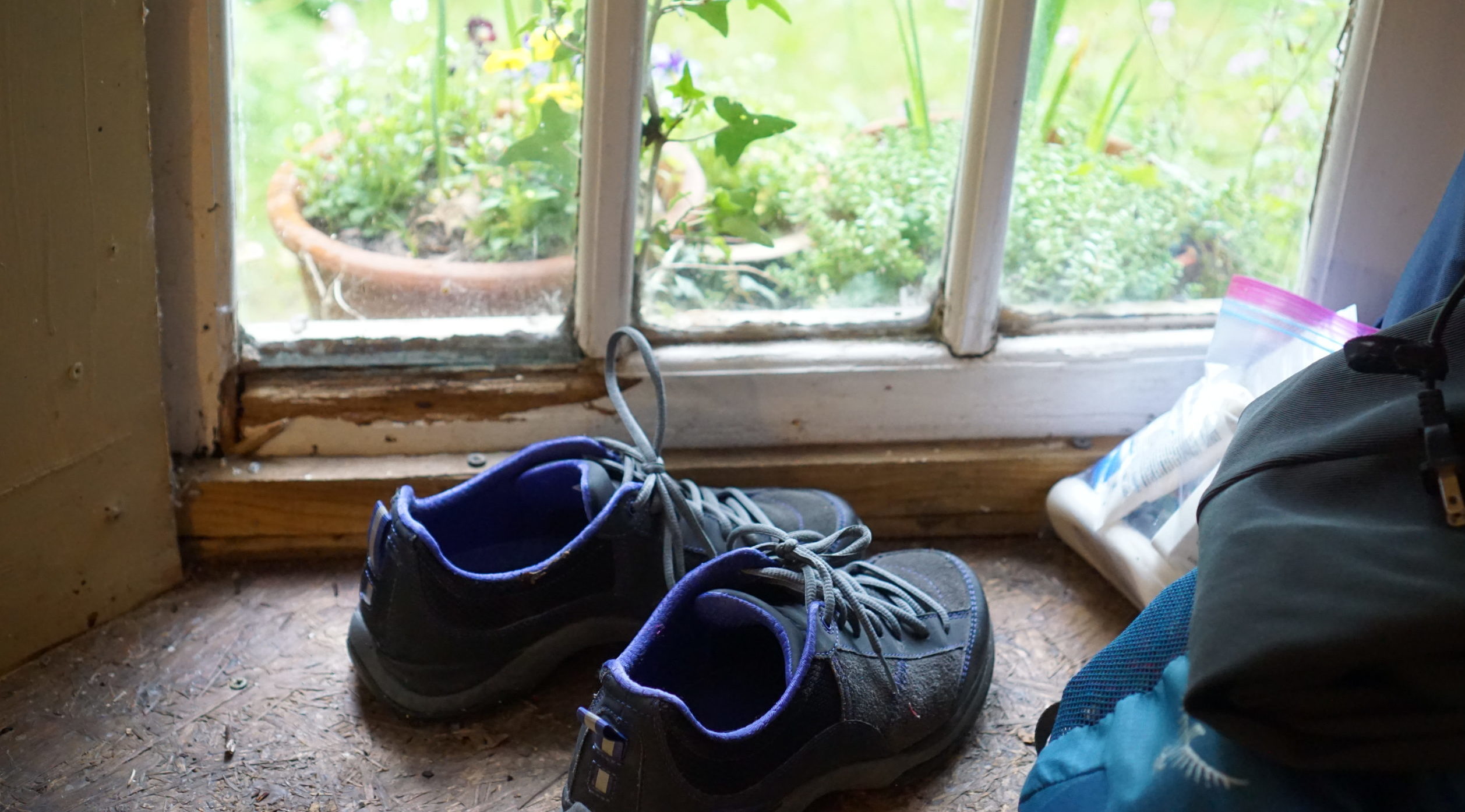