Part I: Spain – When Everything Goes Wrong 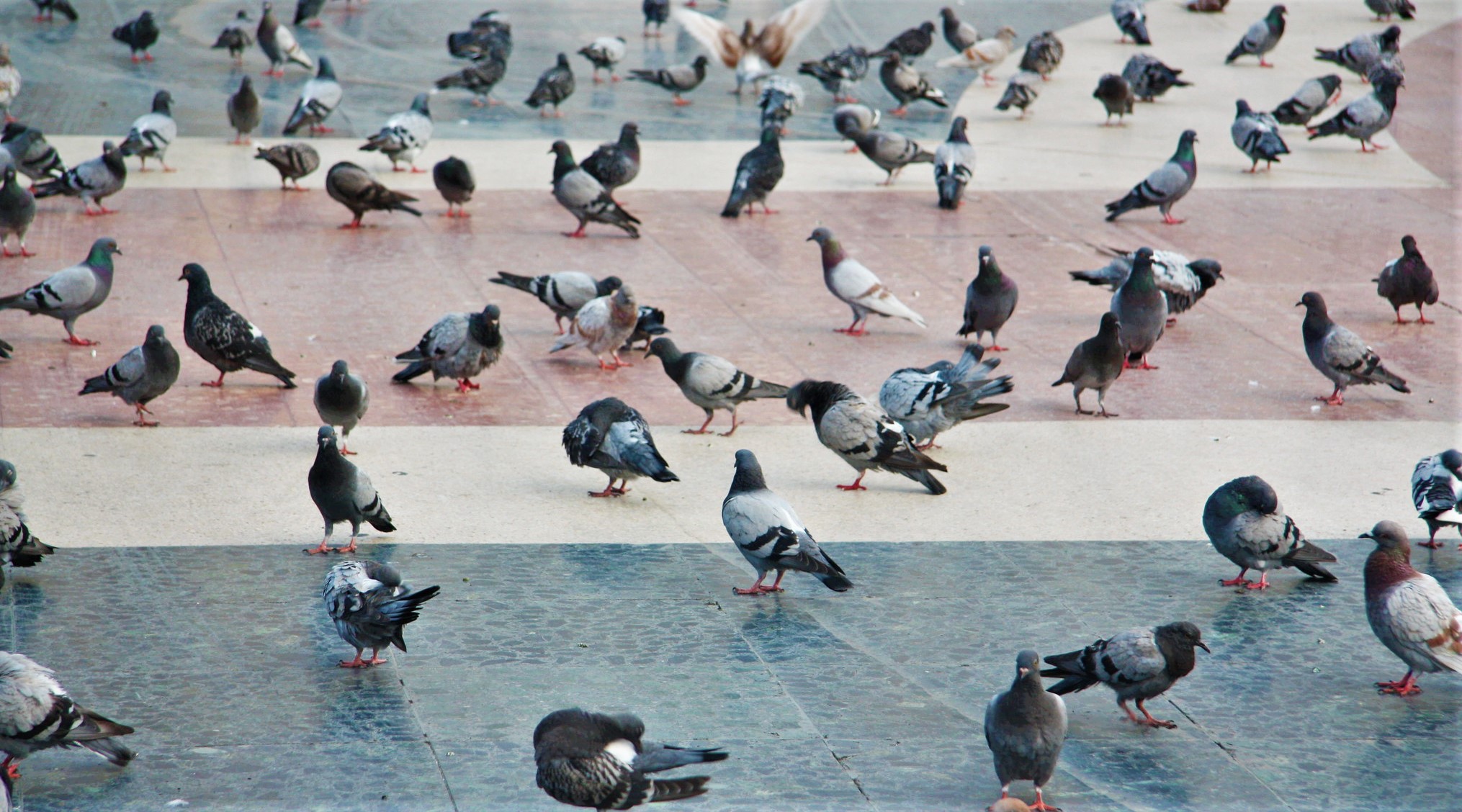 Part I: The Train Ride from Hell

We started seriously traveling around 2008, so the trip to Spain in August of 2010 came pretty early in our traveling career.  We were in an unfamiliar territory with just a few international trips under our belts, no knowledge of Spanish, and still rudimentary 2010 Internet to assist us with our itinerary planning.  And so, when everything went wrong, it went spectacularly wrong.

It started with the website where I was trying to buy tickets for a train from Madrid to Barcelona and back.  While most trains take 3 hours to get from Madrid to Barcelona, in an attempt to save time and money for a night in a hotel room, we opted for an overnight train.  I was booking tickets for Estrella train that left Madrid at 10pm and arrived at 7am next day, just in time for us to start a fun-filled day in beautiful Barcelona, well rested from an overnight journey.  The website, no matter how many times I tried to toggle back between Spanish and English, kept certain parts of the site in Spanish, specifically the types of tickets I could purchase: Asiento at around €30, Litera 6 at around €50, and Preferente at €57.  I figured out that “Asiento” meant “seat” and “Litera 6” meant a compartment with 6 sleeping berths, but “Preferente” or “preferred class” in English remained somewhat of a mystery.  It was more expensive than the crowded sleeping car with 6 berths, so I figured it was 1st class sleeping accommodations – maybe 4 sleeping compartments or somewhat more private berths.  Either way, we decided that our rest during the long journey was worth it and we went with the most expensive option.  If you know us at all, you know that decision was not taken lightly.  We always rent the cheapest cars and stay at the most budget hotels – we are not fancy. 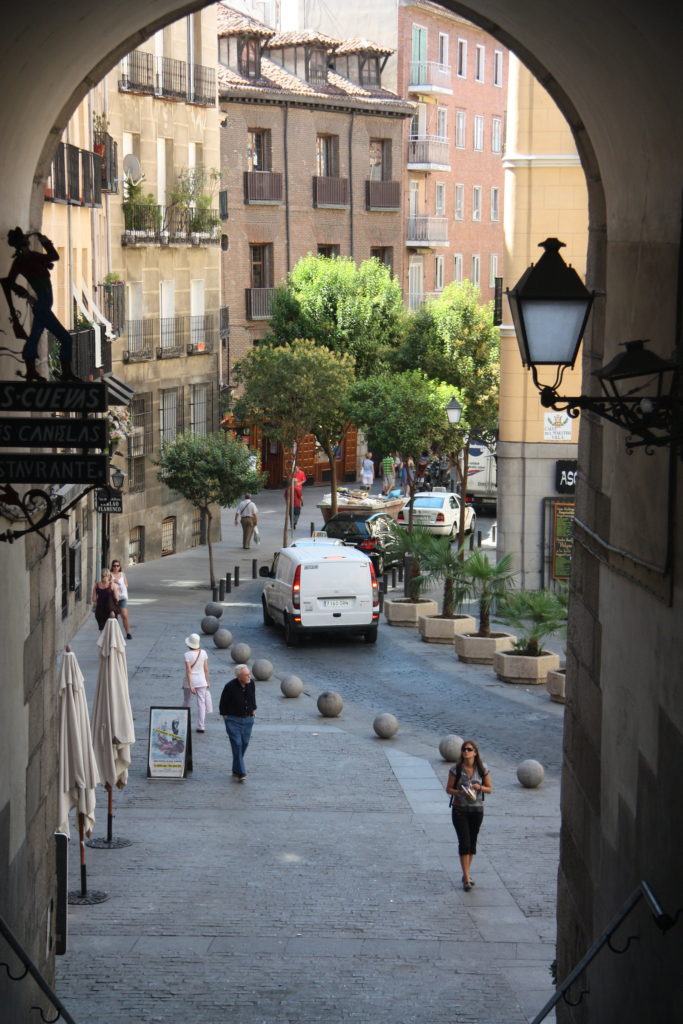 I flew into Madrid two days after Victor. At the time, I had a boss who had never been outside of the US and didn’t understand why I would want to. Even though I had 3 weeks of vacation saved up, he denied my request for 2 weeks off, expressly stating “If we can do without you for 2 weeks, we can do without you.” I went back and forth with him until we finally settled on a weird 11-day vacation. This, by the way, was one of the reasons we felt we couldn’t take daylight hours for a train journey, as we were on a time crunch to see the whole of Spain as is on so few days. This boss left the company six months later, without giving a two-week notice and abandoning multiple projects without training replacements or leaving documentation. Turns out we were able to do just fine without HIM.

But anyway, another reason Victor flew in early is because this man can spend days in art museums. Literally. He will walk into a museum and will refuse to leave until the bleary-eyed staff starts begging him to vacate the premises. I’ve seen him staring at one painting for over an hour. At least I presume it was an hour, as I watched him for ten minutes, fell asleep on the museum couch, and woke up an hour later to find him in the same place. We decided he would get to Madrid early, get his art museum fix, and then proceed at a far more tempered “museum pace” once I joined him.

I met Victor at our hostel where he confessed at having almost passed out in the museum bathroom due to jet leg and bright Impressionism colors overload at the Thyssen-Bornemisza Museum. He also didn’t get a towel and ended up wiping himself after shower with bed sheets because he couldn’t explain what he needed at the front desk.  I laughed at his stories, secure in the knowledge that from here on out, things were going to go far more smoothly. We spent two days in Madrid exploring Royal Palace, walking around Plaza Mayor, and getting familiar with Spanish food. 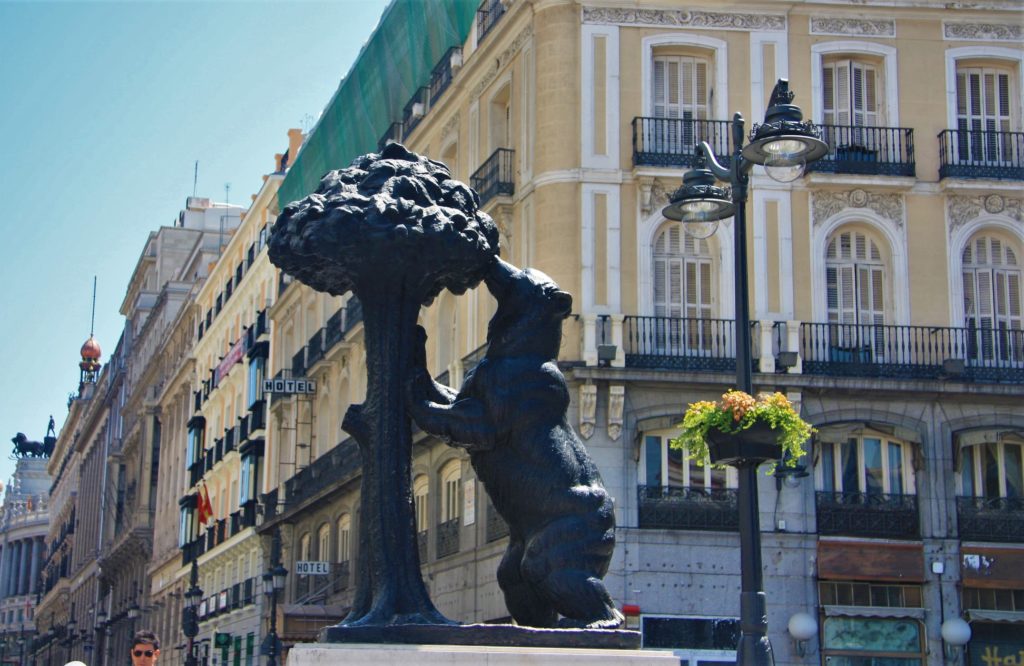 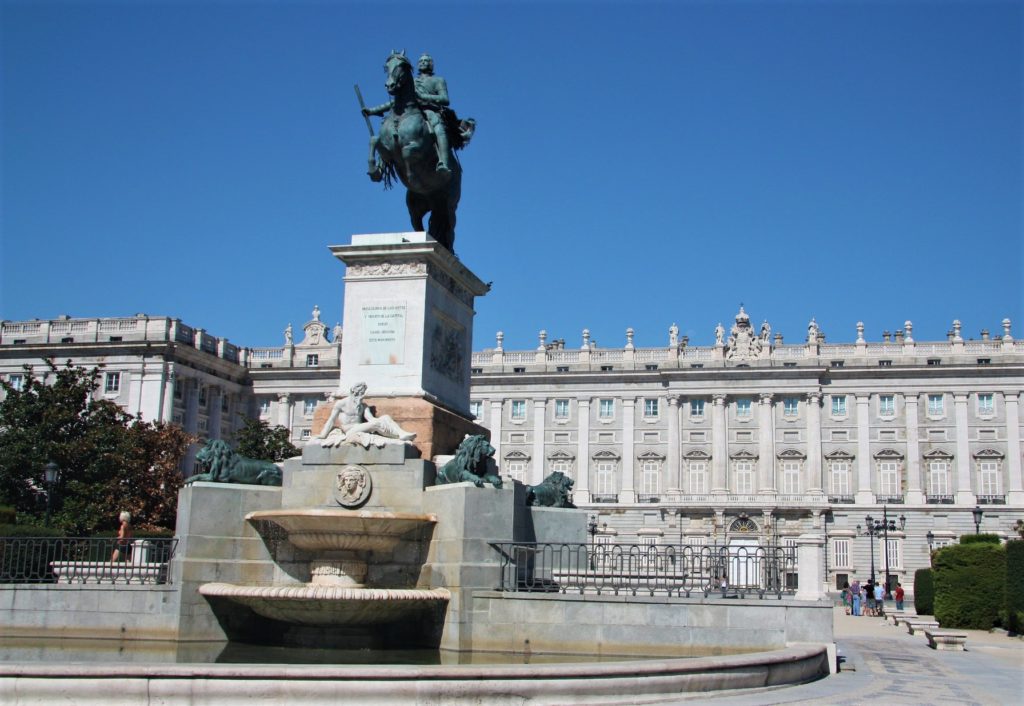 In the evening, we arrived at the Madrid train station and headed over to the ticketing area to pick up our previously purchased tickets. The agent, who spoke English, looked up our reservations – “Two preferente tickets to Barcelona tonight and two preferente tickets coming back in three days” and started to print out tickets.

This was finally my chance to find out what “preferente” actually meant.

“This is an overnight train! We need sleeping berths!” I started panicking.

“Then you should have purchased Litera tickets!” the agent said, while punching keys on the keyboard. “I can change your reservation to a sleeping cabin for the tickets coming back from Barcelona, but all today’s Litera tickets are sold out.”

“These are 1st class seats!” the agent pointed out, “The seats in the general area are far cheaper!”

Defeated, we headed to our train.

“These are probably luxury, private seats.” I was saying. “They should be large, and they will probably lean back enough to get a good night sleep.”

Victor enthusiastically nodded along.  At this point we still had hope.

We arrived at the train and walked past all the passenger cars with sleeping berths, until we reached the very front of the train – First Class Seating.  We entered the almost empty train car and slowly walked the aisle until we reached our seats.  The seats were covered in red velour-type fabric.  That was the one and only “luxurious” thing about this setup.  The seats were of average size, absolutely did not lean back, had stationary arm rests that could not be lifted, and very little leg room.  There was no privacy, no way to get comfortable in these seats.  Despite the fact that there were a lot of empty seats around us, the stationary arm rests did not allow us to stretch out across multiple seats.  Victor immediately accepted his fate, sat down in his rigid seat, stoically crossed his arms and closed his eyes, as a bright light above his head shone directly into his face.

“They will turn off the lights at night.” I said, clinging to the last bit of hope.  Spoiler alert – they didn’t.

Unable to come to grips with the fact that we paid extra money to spend eight hours sitting in a train all night long, I found a train attendant to confirm that there were absolutely no available sleeping berths on the train.  Literally any other option would have been better – taking a three-hour daytime train, buying a cheap ticket to general seating where it might have been possible to stretch out on the benches, walking to Barcelona…

“I don’t understand,” I said to Victor. “We are tourists, we speak no Spanish.  We mistakenly purchased the tickets to this train car.  Who else would spend money to sit here all night? Who is this designed for?”

My question was answered almost immediately as the train car doors opened and around sixty special-needs adults walked in, guided by their chaperones.

How do I explain this night?  How do I best describe this First Class sleep-deprivation torture chamber?  Try to visualize this.  The bright overhead lights stayed on all night long.  The seats were firm, back rests stiff and almost vertical the floor, arm rests uncomfortably narrow.  The train stopped seemingly every 20-30 minutes, its doors loudly opening for people coming in and out all night long.  The starting passengers – Victor, I, and the group of sixty-some special needs adults were the only ones who sat in this wagon from the very first station in Madrid to the last stop in Barcelona.  Which, of course, made sense.  The few chaperones needed to keep this group together and keep an eye on everyone and that would have been impossible in sleeping compartments.  Also, everyone in this group seemed so excited to be on a train, sleep was the furthest thing from their minds.  They waved to each other from their seats, screamed each other names, clapped, and sang songs.  A man with a spiffy conductor hat, probably specifically purchased for this trip, in the seat next to mine eagerly waited for each station’s announcement and yelled out each station’s name over and over again.  All night long.

By the time the train was approaching Barcelona at 7am, we had at most an hour of sleep between the two of us.  We stumbled out into the platform, our eyes red and faces creased from trying to sleep on each other’s shoulders.  Barcelona met us with a slightly chilly foggy morning, but at least the train ride from hell was over.

“It can only get better from here on out!” I announced.  Spoiler alert – it didn’t.

Coming up – Part II: How we lost our luggage and our minds in Barcelona.

Author: Julia
Filed Under: A Funny Thing Happened, Countries, Featured Post, Spain
Part II: Buenos Aires – Through the Eyes of Locals
Part II: How We Lost Our Luggage and Minds in Barcelona

1 thought on “Part I: Spain – When Everything Goes Wrong”