After spending a couple of days at a coffee finca on Ruta de Las Flores, we made it to Santa Ana.  The city was once an important center during the coffee boom of the early 20th century. The central square with its imposing neo-Gothic cathedral, theatre, and city hall looked very European and boasted of the coffee riches that once flushed through the city.  Outside the central square, however, we did not find a lot of things to do. For the most part, we found Santa Ana to be a gritty Central American city with a lot of ramshackle and crumbling buildings. To make things worse, our hostel was in the red-light district and the area was very dodgy, especially after dark. On our first night in town, we tried to walk to a local pupuseria and immediately got lost. The dark streets were empty, and the neighborhood looked menacing. All those reports of gangs and robberies that we read before visiting El Salvador could have been happening here, and we were certainly rethinking our choices of not having dinner at our hostel. The help came from where we expected it least.  Local prostitutes who were lurking nearby came to our rescue and gave us directions to the place we were searching for. Who could have thought that we will use this blog to thank Salvadoran prostitutes? But this is how it goes. Thank you, ladies!

We selected Santa Ana as a base for exploring the nearby Santa Ana volcano and Lake Coatepeque.  Although we treated Santa Ana as a base to sleep before and after the volcano hike, we managed to have an adventure in the city as well.  Our visit to J. Hill Coffee Company was a spectacular disaster but something that you can write about in a travel blog. J. Hill Coffee Company is owned by the descendants of James Hill, an Englishman who arrived in El Salvador at the end of the 19th century and became the country’s coffee king. Before our trip, I read Coffeeland, a 2020 non-fiction book by Augustine Sedgewick, describing the history of coffee in El Salvador and Mr. Hill’s journey in establishing his Las Tres Puertas coffee mill outside of Santa Ana and transforming the coffee industry. Hill’s oppression and exploitation of the local Indian population in his pursuit of building a coffee empire was the central theme of the book, and we initially had uneasy feelings about visiting the estate. Did we really want to visit a coffee company whose founder unleashed so much suffering on the local population through his inhumane and ruthless business practices? Yet, we were just a couple of miles from the estate I spent so much time reading about, so we decided to stop by. A lot of coffee estates offer tourist tours, and we were hoping J. Hill Coffee Company does as well.

When we arrived at the estate in the morning, the front gate was hopelessly closed. There was no booth where to buy entrance tickets, no reception, nothing. We knocked on the door, and a security guard with an intimidating military-style rifle came out.  He looked at us with suspicion and asked why we were there. We told him that we wanted to take a tour of the estate, but his response was that the coffee company would not open until 1 p.m. later that day.  He did not say anything about the non-existence of coffee tours (or any tours for that matter) and was clearly annoyed by our presence.  When we returned in the afternoon, after spending a couple of hours in the city center, the front gate was still closed. A few tired workers were sitting outside waiting for their bus back home. They all looked so exhausted and worn out that I thought that the labor practices at this facility might have not changed much since when James Hill was in charge. We knocked on the door again, and the same security guard answered. He acted as if he saw us for the first time and once again asked us what we were doing there.  We repeated our request to tour the facility, but this time his response was that no people were allowed inside unless they were workers or coffee buyers.

“Sure! We’ll buy coffee at the end of the visit!” I said, trying to say anything that would get us inside.

The security guard annoyingly sighed and called someone on his walkie-talkie. Seconds later, the entrance door opened, and he waved us in.  When we stepped inside, the guard immediately pointed his rifle at our camera and told Julia to put it in the backpack. Pictures were not allowed.  He told us that we could buy coffee from the front office and asked us to follow him.  As he was hurriedly escorting us to the front office, we started to suspect that we were not going to tour the facility.

Thirty seconds later, we were at the front office.  I went inside, while Julia remained outside with the security guard.  Inside the building, there were several people doing office work. The guard barked something to the woman who was in charge, and she, without looking up and without stopping her work, greeted me with:

“How many kilograms do you want to buy?”

I looked around and finally realized that this was not a gift shop selling small pouches of coffee to satisfied tourists after a coffee tour but a wholesaler, selling coffee in bulk.

I could hear Julia nervously whispering outside the door, begging me not to buy a 50-kilogram bag of coffee just to appease this office manager.

“Maybe one pound?” I mumbled meekly.

The woman stopped shuffling the papers, raised her head, and exhaled with visible annoyance. I was obviously wasting her time.

They did have small bags of coffee for sale, although the business model was not built to allow random strangers to barge in to buy a pound of coffee.

While I was selecting a pound of coffee to buy, Julia was not giving up on exploring the premises. But the armed guard stood right next to her preventing any movement.  After I purchased the coffee, the security guard walked us back to the entrance gate.  As he was escorting us out, we looked around, trying to register what the premises looked like.  This was the extent of our tour of J. Hill Coffee Company.  The security guard walked us out and loudly slammed the door closed behind our backs. The visit was over and not what we had hoped for. But the feelings after the visit were quite consistent with what I read about this place in the book.  The exhausted workers were still waiting for their transportation and were looking at us with tired indifference. We snapped a couple of pictures next to the closed entrance gate, jumped in the car, and drove off.

The visit left a bitter taste in our mouths. That bitter taste became even more real when we returned home and brewed a cup of coffee using the beans bought at J. Hill. Instead of the promised notes of chocolate and cherries, the coffee was bitter, and we could not even finish a cup.  There was nothing wrong with the beans, and we gave them away to our friends who liked this coffee.  But for us, the taste was probably tainted by our disappointing visit.

In all fairness, it was our fault that the visit went how it went. Had we done any research, we would have learned that there were no organized tours at J. Hill and that by showing up and requesting a tour of the facility that otherwise was closed to visitors, we were simply disrupting the business operations of this coffee company.  So, no hard feelings.

To those who want to visit a coffee estate in El Salvador, we recommend El Carmen near Ataco de la Concepcion on Ruta de Las Flores.  They do organize coffee tours and their guided tours are top-notch! 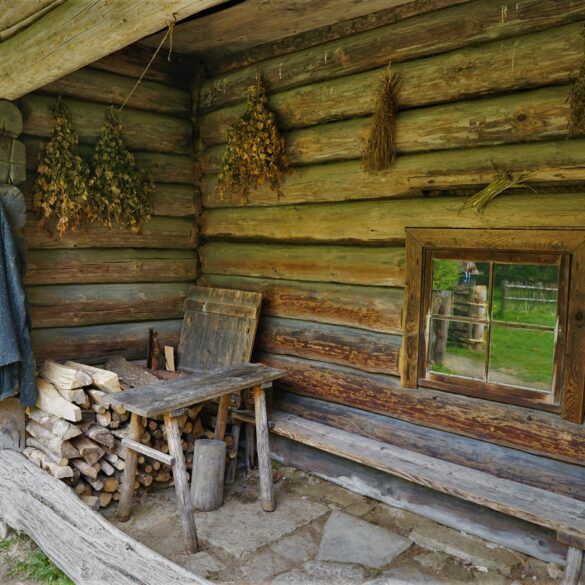