“We are going to Brazil!” we excitedly announced at a picnic with friends a few years ago.

One of our friends, Will, a giant 6’4’’ former U.S. Army Officer who grew up in Brazil, looked us up and down.

“You are probably going to get robbed.” He flatly stated.  The word “probably” was barely audible.

“We’ll be careful!” I assured him cheerfully.

“Sure,” he said, “I myself was robbed there two times.”

Now it was our turn to look his colossal frame up and down.  Who in the world would attempt to rob this man?

“Anyone with a knife!” Will smirked and went on to tell us a story of one of the robberies.  He was waiting at a bus stop and was approached by a scrawny guy who flashed a knife.  Will immediately handed over his wallet and phone without any fuss and then got on the next bus only to find that the robber got on the same bus and was casually sitting a few seats away from him.  Will spent the whole bus ride fuming and staring daggers at the guy nonchalantly going through his wallet just a few feet away.

Victor and I were speechless.  Obviously, we were completely unprepared for this.  Just a few Google searches confirmed Will’s experience – robberies, pocket pickings, carjackings, and burglaries were extremely common in almost every city we were planning on visiting such as Sao Paulo, Rio de Janeiro, and Salvador.  We watched videos of thieves on motorcycles ripping jewelry off pedestrians, read stories of boys armed with bricks demanding wallets, scrolled through blogs filled with countless complaints of stolen backpacks and cameras and a very detailed description of gangs descending on beaches of Copacabana grabbing personal belongings of unprepared beachgoers and running off before being apprehended.

At work, I told my coworkers that I was going to Brazil and one of them piped up, “Oh! My wife went to Brazil last year!”

“It was a work trip. She had an armed convoy the entire time she was there.  And lived in a gated community. Why are you going?”

Why were we going?  We wanted to experience the culture, the history, the food, and the music of one of the most vibrant countries in South America.  But were we ready for the reality of life in Brazil?  The next few months we spent making ourselves and all our equipment as thief-proof as possible.  I bought us travel money belts, which are worn under clothes and tucked into pants, to keep our wallets safe.  We found old wallets and filled them with expired credit cards, to have a decoy to hand over to potential robbers.  We agreed to carry only one cell phone on us and not to flash it on the street.  But the biggest issue was my most beloved possession – my old trusty DLSR camera.  The camera was expensive, the lenses were even more expensive, but the pictures stored on it were priceless.  My biggest fear was losing the camera close to the end of the trip and with it two weeks’ worth of pictures.  After much back and forth, we finally agreed to sacrifice the quality of Brazilian pictures over risking the loss of the camera.  I bought a refurbished $200 camera, which just recently I found, dusted off, and resold for $80.  I also decided to bring along an old cheap laptop to use for copying pictures off the camera every night, uploading to the cloud, and saving them on an external drive.

As we usually don’t wear jewelry or watches or flashy clothes, we didn’t have to worry about that.  But Will also warned us to try to blend in and not to look like tourists.  That was not going to be very likely.  Not wanting to flash our cell phones in public meant that we would need to carry maps.  Plus, I usually spend a lot of time taking pictures of everything around me, so we were unlikely to be mistaken for locals.  But no matter, we were going to make it work.  Will, in the meantime, offered for us to stay at his father’s place in Rio, and we were incredibly grateful. The moment we stepped off the plane at the airport, we already felt uneasy.  I was sitting on top of our backpacks, glaring at every passerby as if I was going to be robbed right there in the middle of the terminal, while Victor was figuring out where to go.  What we didn’t know at the time is that it is in fact very possible to get robbed right in the airport, just in a different manner.  Apparently, ATM skimmers are so common in Brazil, that even airport ATMs are not safe!  Many travelers have complained of having their bank accounts drained after withdrawing some taxi money at the airports.  When we tried to use the ATMs the next day, our US banks simply denied our transactions.  We ended up spending hours trying to reach our banks and eventually being told that due to overwhelming fraud, Brazil is a “prohibited” country and they usually block all transactions.  They did finally unblock our cards and we were able to withdraw some cash, but not without yanking and pulling on every ATM to make sure we weren’t being skimmed.

Ironically enough, one of the first things we did in Rio was to end up at the same bus stop where Will got robbed in his teenage years.   On our second day in Rio, we visited the neighborhood of Santa Teresa on top of a hill, dined in a small restaurant with a great panorama, and started making our way down, marveling at the views of the city.  Before we knew it, we were at the intersection where Santa Theresa ended and the neighborhood of Lapa began, the infamous bus stop right ahead of us.

We backed away from the bus stop and flagged down a car to get us to the center of Lapa.  This was still early in the trip and we were being very careful.  As days went by without any major incidents and Will’s warnings were growing far and distant in our memory, we started to relax and loosen up, carried our cell phones in the open, and looked around for sights, not for potential dangers.  And still, when Victor casually mentioned us going to a favela Vidigal, I was a bit taken back.  Favelas are traditionally shanty towns, built on hills, ran by gangs, filled with poverty, crime, drugs, and guns, not the usual tourist attraction.  Turns out that Vidigal has been successfully pacified following a strong police crackdown on drug lords and criminals in that area.  It is now less of a shanty town and more of a hipster community with flourishing restaurants and cafes housed within traditional favela architecture.  As we strolled down the winding streets, glimpsing into narrow alleys between stacked houses with children playing in the streets and the sun brightly shining down on us, we felt untouchable.  We prepared for a war zone, but now that we were here, it was hard to maintain vigilance when everything around seemed so safe and normal. And that right there is how we almost got robbed in Salvador.  Our Airbnb host, a middle-aged Canadian expat, showed us around our accommodations, surrounded by a high barbed-wire fence and a gate with multiple locks.  The house was on a beautiful plaza, with a nice hotel serving upscale breakfasts on one side and a dirty tent with a homeless family on the other, a few feet from our gate.

“Don’t worry about them,” he said, greeting the homeless man sitting in front of the tent, “They are harmless.  But!  Do not walk anywhere outside the main city square.  Take a taxi if you want to go anywhere.  It’s not safe to walk.”

We were immediately taken back.  One of the reasons we picked this Airbnb is because it was only two blocks from the main city square.  Do we have to take a taxi for two blocks?  Really?  Having visited an actual favela and crisscrossed Rio and Sao Paolo, we were feeling pretty confident and secure.  The next morning, we treated ourselves to delicious hotel brunch and walked to the main city square.  The few blocks between our house and the square looked like regular city streets, nothing particularly strange or dangerous.  We enjoyed our day listening to Afro-Brazilian music, watching street Capoeira performances, and Victor even bought a beautiful drum and berimbau instruments to decorate his apartment.  Long after sunset, we were still at the square, fully enjoying the nightlife around us with music pouring out of cafes, delicious street food, and people watching.  Finally, exhausted and tired, carrying a large drum and a long berimbau, we started heading home.

The moment we left the main square and crossed the street into the residential neighborhood, everything changed.  We walked by a homeless man, sprawled out on the ground, who suddenly sprung up and ran into the darkness ahead of us.  The streets that were wide and empty in the morning were now pitch dark and full of malice.  A door creaked open, revealing a yellow sliver of light and someone whispered urgently in Portuguese at us.  We kept walking.  A little red light from a cigarette shone through the darkness, eliminating two dark silhouettes.  As we walked past, the shadowy figures followed us, silently.  The slippery cobblestone street was steeply inclined uphill and no matter how much we tried to increase our speed, we were barely making any headway.  I could feel the men behind us getting closer. Huffing and puffing, trying to keep my footing on the cobblestones, the drum banging against my hip, I was starting to panic.  Two more men came out of the darkness on the other side of the street.  Noticing us, they immediately crossed the street and split up, so we would walk between them.  As they approached, their attention immediately switched from us to the men behind us.  They slowed down, murmured among themselves, and crossed the street back.  The men following us fell back at that moment as well, unsure of the intentions of the newly arrived pair.  In the meantime, the welcoming light of our home square was right in front of us, the dingy tent with the “harmless” homeless family pointing the way to our Airbnb.  We sprinted towards our home, shaking with exhaustion and relief.

Never in my life have I felt so scared, helpless, and foolish.  This was easily avoidable.  There was no reason to be walking here at night, after all the warnings we had from Will, from the Internet, from our own Airbnb host!  We walked into a known dangerous neighborhood at night, while carrying large tourist souvenirs, like targets on our back. We were cocky, irresponsible, and incredibly lucky to have gotten away with it. For the rest of our time in Brazil, we made better decisions and managed to make our way back without being robbed, pickpocketed, burglarized, or putting ourselves into obviously dangerous situations. The only thing we lost was Victor’s Chicago baseball cap to a young drunk man on New Year’s Eve in Saquarema who yelled “I LOVE CHICAGO!” and begged Victor to swap hats with him.

This entire trip could have turned out much different had we been less careful or less lucky.  As much as we loved Brazil and plan to go back to explore more of the country, in the back of my mind I always remember and heed the warning – “You are probably going to get robbed.”  With the word “probably” almost silent. 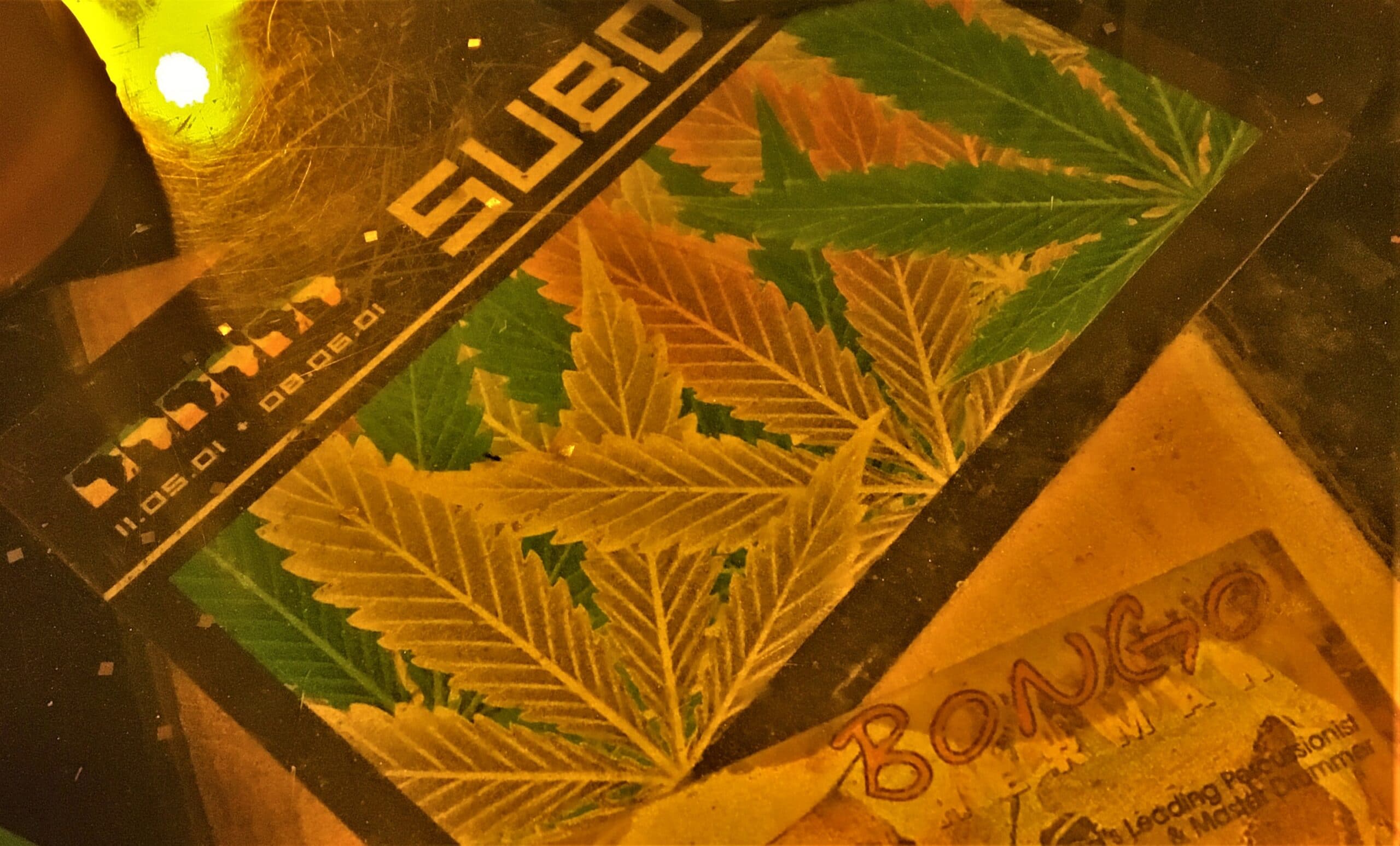 High in the Mountains, High on the Beaches: Jamaica