Please start with our previous post to learn how and why I ended up driving through rural England.

In May 2018, we flew to London to spend 5 days in southwest England.  By the time we walked out of the Heathrow airport, it was three hours later than we planned.  The security line weaved back and forth through the giant room, out into the hall, and all the way to the Arrivals terminal.  The air was hot and stale, our backpacks heavy, and the line barely moving.  People shuffled their feet and complained to each other, children cried all around us.  It was noon when we landed and almost 3 pm by the time we walked out of the airport.  Another 45 minutes of waiting for the car rental shuttle to pick us up, and our plans to visit Salisbury on the way to Bath evaporated into the chilly English air.  At this point, we would be lucky if we made it to Bath in time for dinner.

We rented a small blue Citroen car and spent a few minutes getting ourselves familiar with it.  Usually, we need to figure out where the headlights and windshield wipers turn on, which side the gas tank is on and how to open it, and how to operate the radio and roll down the windows.  This time, I had to figure out how to drive a car with a steering wheel on the right side.  Sitting in what is usually the passenger seat, I slowly started realizing just how different this was going to be.  The problem wasn’t driving the car on the opposite side of the road, that part I figured out pretty quickly.  The car was a manual transmission, so I had to use the stick with my left hand. But what about the gears?  Is the first gear still the closest to me or it is still located in the same spot as in “normal” cars and is now the furthest gear from me?  Turns out the gearbox in the right-side car is exactly the same, only I was now sitting on the other side of it, using it with a different hand.  I slowly drove the car around the rental parking lot, getting used to shifting gears with left hand and sticking to the left side of the road.

The moment we left the parking lot, my left wheels hit the curb.  I straightened the car out.  A few minutes, I could hear the wheels rubbing against the curb again.  I tried to keep the car slightly to the right.  Less than five minutes later, the same thing again.

“It might not be fine after all,” I admitted. “I have no idea why I keep trying to drive on the sidewalk.”

By the time we got on the local highway, I realized what was going on.  When driving, I subconsciously hold the shape and size of my car in my head, to help with maneuvering through lanes, turning, and parking.  It’s hard enough to adjust that mental image when driving a different vehicle, like a large truck.  But to completely flip that image was proving to be impossible!  All of the sudden, the left front end is no longer a mere few feet from where I sit, but on the whole other side of the car.  The right edge of the car is now just on the other side of the door right by my right elbow.  As long as I was concentrating on keeping the correct shape of the car in my mind, I could position the car in the lane correctly.  The moment I relaxed and drove on autopilot, my instincts honed by twenty years of driving experience would immediately start to “straighten” the car out within its lane – veering it closer to the left side until my left wheels hit the curb or the unpaved shoulder.  I had to keep my mind on driving the entire time, an exhausting task honestly.  Soon, I also learned to utilize the humming noise Victor would start making every time the car started slipping left, growing in loudness and intensity the closer my wheels got to the curb. “I was doing more or less alright on the highway, despite the narrow lanes and the road occasionally dipping down and sloping up, but the moment we got on the rural roads leading to Bath, I was in trouble again.  Exhausted from the red-eye flight and the long airport lines, the maneuvering of this “wrong sided” car down narrow streets, I could barely keep my focus.  On top of that all, it started drizzling and all my windows fogged up.  While Victor was busy trying to turn on the air to defog the windshield, we came across an antique bright yellow Aston Martin stopped on a narrow road, with its hood popped open.  While one man was frantically running around it, the other was quizzically staring under the hood.  I slowed down and steered around the vehicle.  Or at least I meant to.  The image in my head of what my car is shaped like flipped back again to the default left-side model and I did not give enough clearance between my little Citroen and the very expensive 1960s Aston Martin.  The loud scraping noise startled Victor out of fidgeting with the buttons on the front panel.

Oh my god…” he whispered.

Two men screaming and chasing our car in the rearview mirror confirmed that yes, it was in fact me.  And I was in deep shit.

“Stay inside.” I told Victor, “I am going to pretend to be a helpless woman driver for pity points.”

I pulled over and got out of the car.

“Good afternoon!” I greeted two very angry Englishmen running toward me.  “Did I happen to get too close? I am sorry.”

I don’t remember what they said.  They were not happy and expressed as much.  I nodded, apologized, and asked to see the damage.  It was raining harder now, the raindrops splattering against the car, as both men tried to wipe the water off the car side and leaned in closer to see what destruction I caused.  One of them crouched all the way down, swearing under his breath, his face mere inches away from car paint, his fingertips dancing across the surface, trying to feel for bumps and scrapes.  Wet and cold, neither of them could find a single tiny scrape on the car.  In the meantime, I walked back to my shiny little Citroen.  Not a scrape as well.  I came back to find the two men a little less angry and a bit more confused.  We all heard the loud scraping noise, but none of us could find any evidence of damage.

“Go!” one of the men waved me off and climbed back in to try to start the car again.  The 60-year-old engine spluttered but wouldn’t roll over.  I went back to find Victor losing his mind in the passenger seat.

“Technically, I didn’t.” I said, “Not a scratch on either of the cars.”

“How is that possible?  We both heard the noise!”

“That was a sound of a miracle! Let’s just leave it at that…” 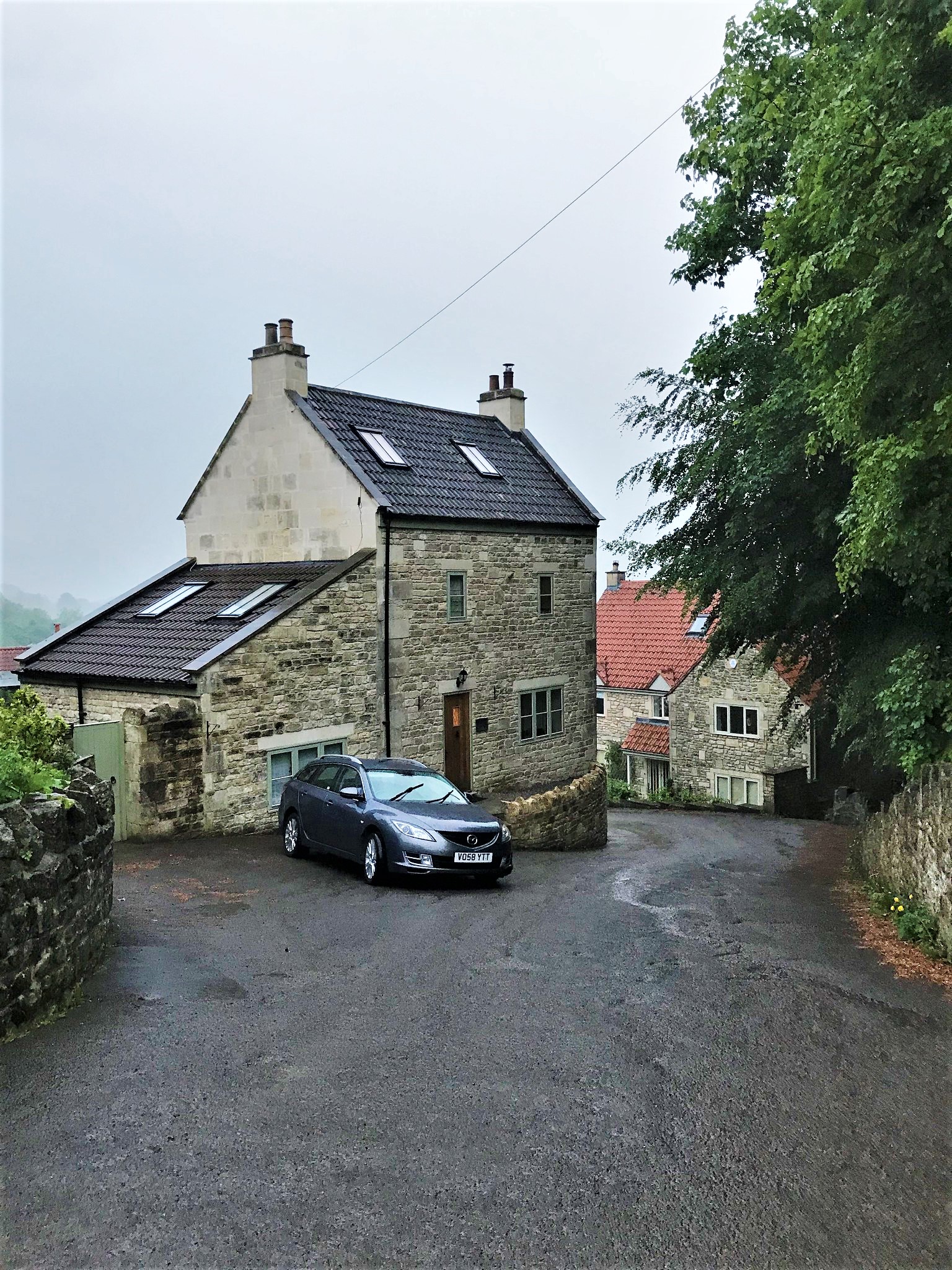 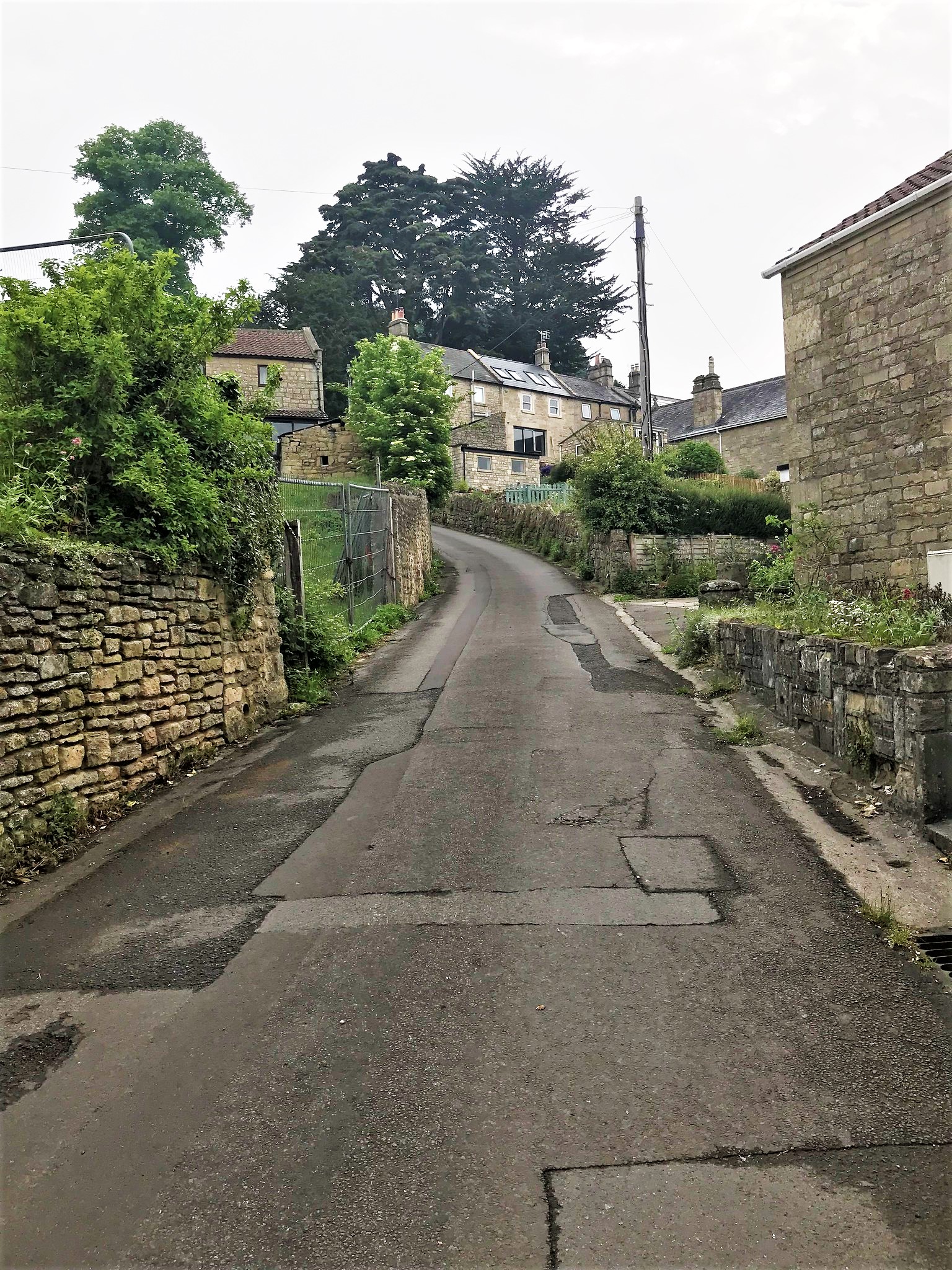 We drove through the pouring rain.  A few miles later, our GPS leading us down increasingly sloping and narrowing roads, I stopped the car and stared ahead and back to my phone, to confirm the obvious.  According to our GPS, our quaint little Airbnb was located just outside Bath and directly on a gigantic mountain of a hill in front of us.   Rain was falling harder and faster and water was streaming down that hill, destroying any hope of traction I needed to hoist my car up there.  I knew now from my experience in Spain how to conquer steep roads in a manual transmission car, but the combination of pouring rain, stick shift on the wrong side, me on the wrong side, everything on the wrong side, was terrifying.  To make matters worse, another car pulled up and stopped a mere foot behind me.  The driver impatiently honked his horn.  Now I had no option of failure.  Not being able to pull the car up this mountain will result in me slipping backward and hitting the car behind me.  And I’ve already smashed enough cars for one day!

I climbed out and walked toward the other car.  As I approached, the driver rolled down his window.

“I am sorry.” I said, “It’s our first day in this country and we are having trouble driving down these roads in this car in this weather.  Could you please…”

Before I could finish my sentence to ask him to back his car up, he threw open his door and walked out into the pouring rain.

“I’ll get your car up there, no problem, love!” he exclaimed.

He ran to my car, climbed in next to a very confused Victor, and quickly maneuvered the car up the hill.

I thanked him profusely and he just waved and drove away, expertly navigating the sharp turns of narrow streets.

A few days later, when it was time for us to leave Bath and drive to the next destination, I stared at Victor pleadingly.  I didn’t even have to say anything, he took the car keys and got in the driver’s seat.  He managed to squeeze the car out of its tight parking space and started driving down the steep narrow road. 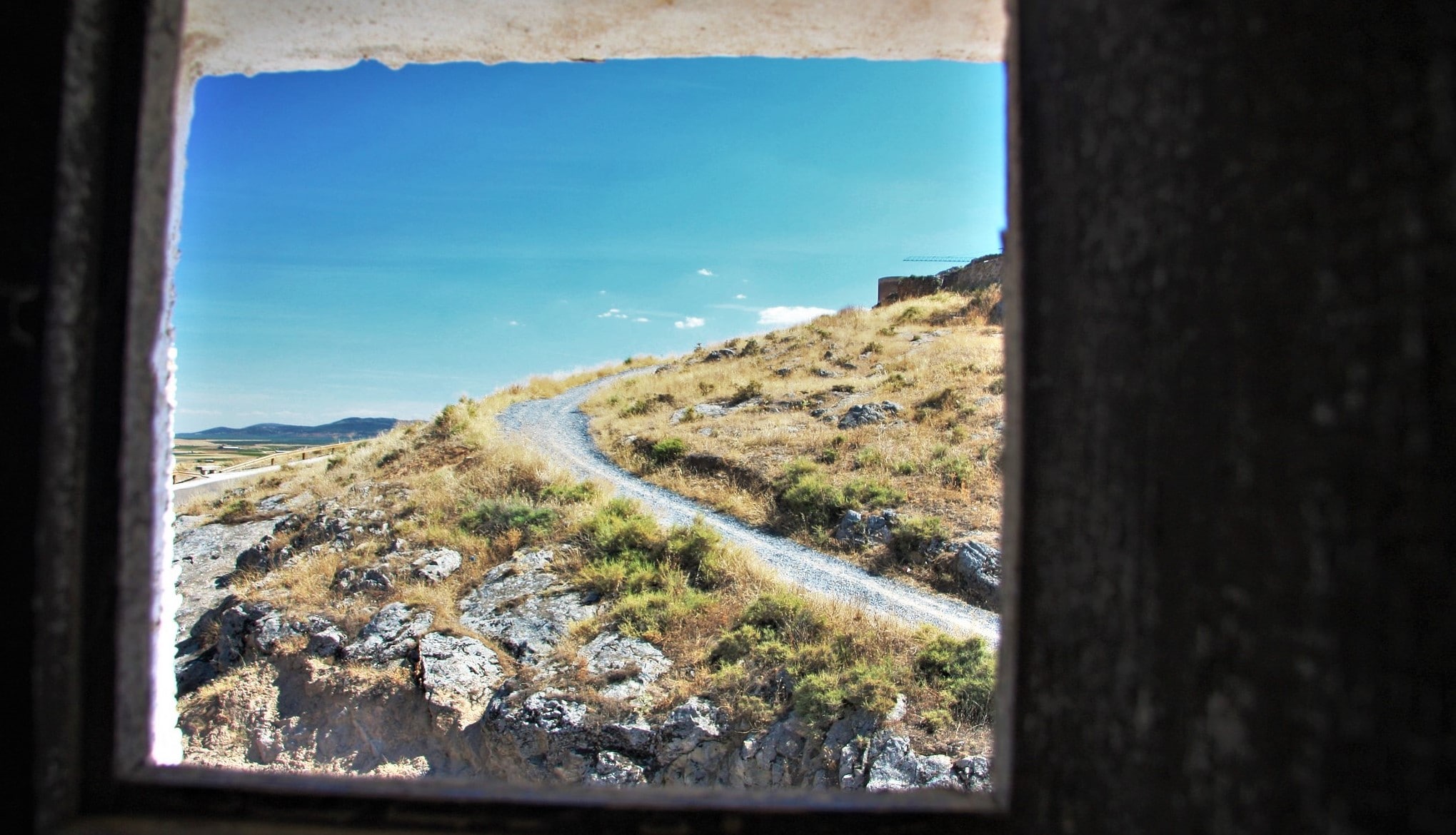 “You Almost Killed a Man!” or Why I No Longer Drive on Our Trips

A “Ruined” Vacation in Mexico