Our guidebook passionately warned that Albanian red wine was utterly terrible and recommended sticking with white wines only. We are not big wine drinkers at all, but what we did want to see were the Albanian wineries.  Of course, the best part of any distillery or winery tour is the degustation, but we wanted to see the vineyards and the wine-making process.  Regardless of the quality of the wine, wineries are a great place to visit as they are usually located in picturesque locations.  I also wanted to find out if and how Albanian winemakers recovered from the brutal Communist suppression of wine culture. When we toured the peppercorn farm in Cambodia in 2018, we learned how the industry was decimated by the Khmer Rouge regime and painstakingly restored in recent years. With Albanian wineries, the story is similar. During the paranoia of the Communism regime under Enver Hoxha, private wineries simply could not exist. However, these days, Albanian wineries are experiencing a sort of a Renaissance with government-backed financial assistance. Victor scheduled for us to visit the Alpeta winery, outside of Berat. Sitting in beautiful hills with its back to Tomorri mountains, it’s the perfect vineyard location.  “Bellisimmo!” and “Molto bello!” is how our cab driver described it to us.  He spoke only Albanian and Italian, and despite my constant insistence that I understand only Russian and English, he kept talking the entire ride.  We nodded politely and stared out the windows at the mountain peaks and rolling valleys. At the entrance, we were greeted by a young man who introduced himself and informed us that Alpeta is a family-owned winery and is currently being run by his father and his uncle. The boy joked that after they die, the winery will be his. He walked us through the production facility with giant barrels and explained the sorts of grapes they grow. After a brief tour through the beautiful vineyard and learning about the local Pules grapes, we settled on a beautiful balcony overlooking the vine grapes and a lake on one side and a soaring Mt. Tomorri on the other.  Immediately, an assortment of cheese, olives, bread, and fruit appeared at our table.  A smiling waiter filled our glasses to the top with white wine, casually placed the bottle on the table, and walked off.  This was new.  We have visited many wineries, breweries, and distilleries around the world and were always given just a few sips to taste and savor.  But we were not about to turn down free wine and quickly polished off the entire bottle between the four of us.  Just as soon as the bottle was empty, the waiter brought over a bottle of red.  We were not even halfway through it when the waiter showed up with yet another bottle.

Victor’s mother tried to protest that we did not need more wine as we were not even done with our second bottle.

“This is degustation!” Victor hissed.  “We are supposed to be tasting different wines, not finishing off entire bottles!”

“It’s wasteful!” his mother disagreed. “You always finish the bottle before opening the next one!”

While they argued, the waiter opened the third bottle of Malbec and started pouring it into new glasses. 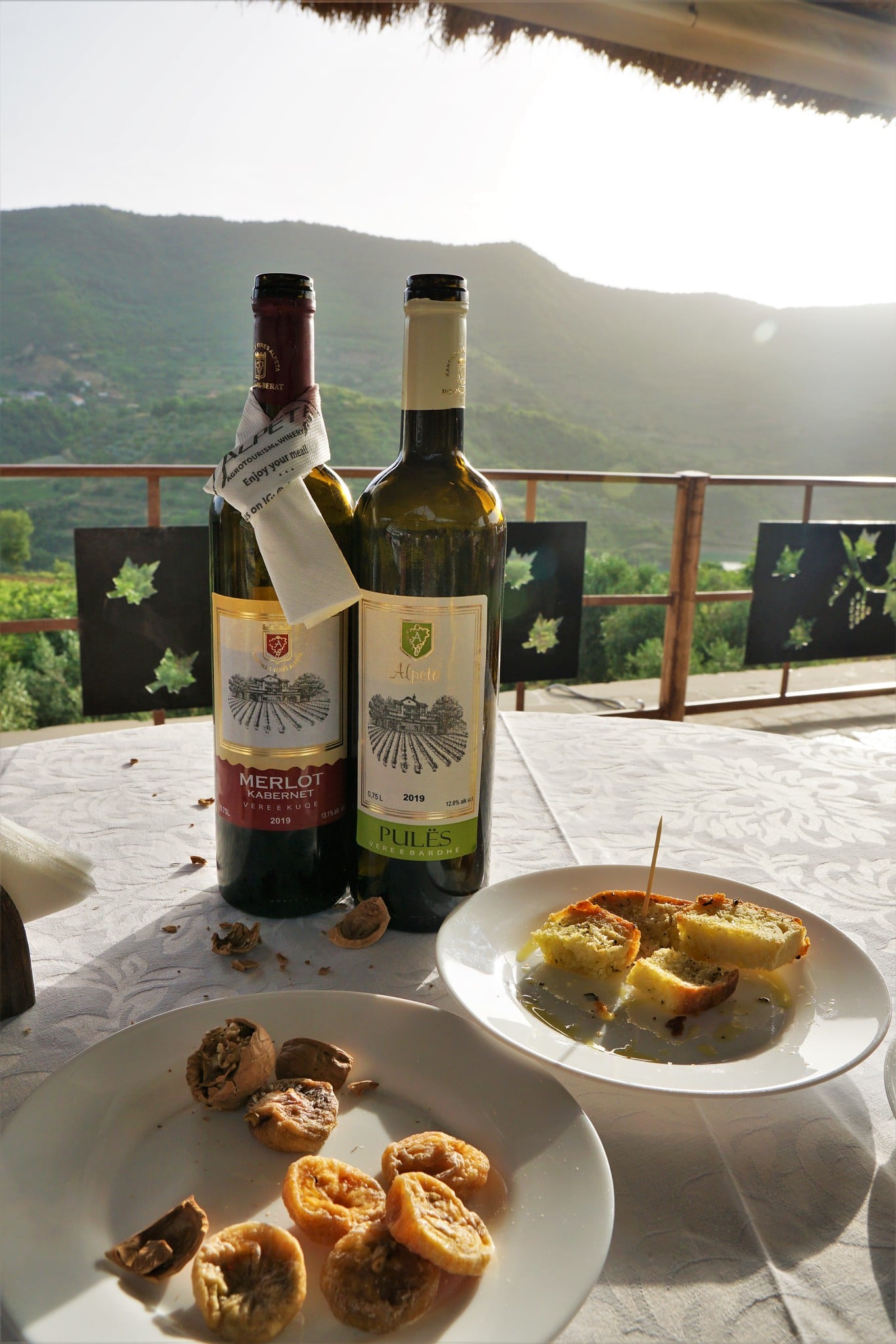 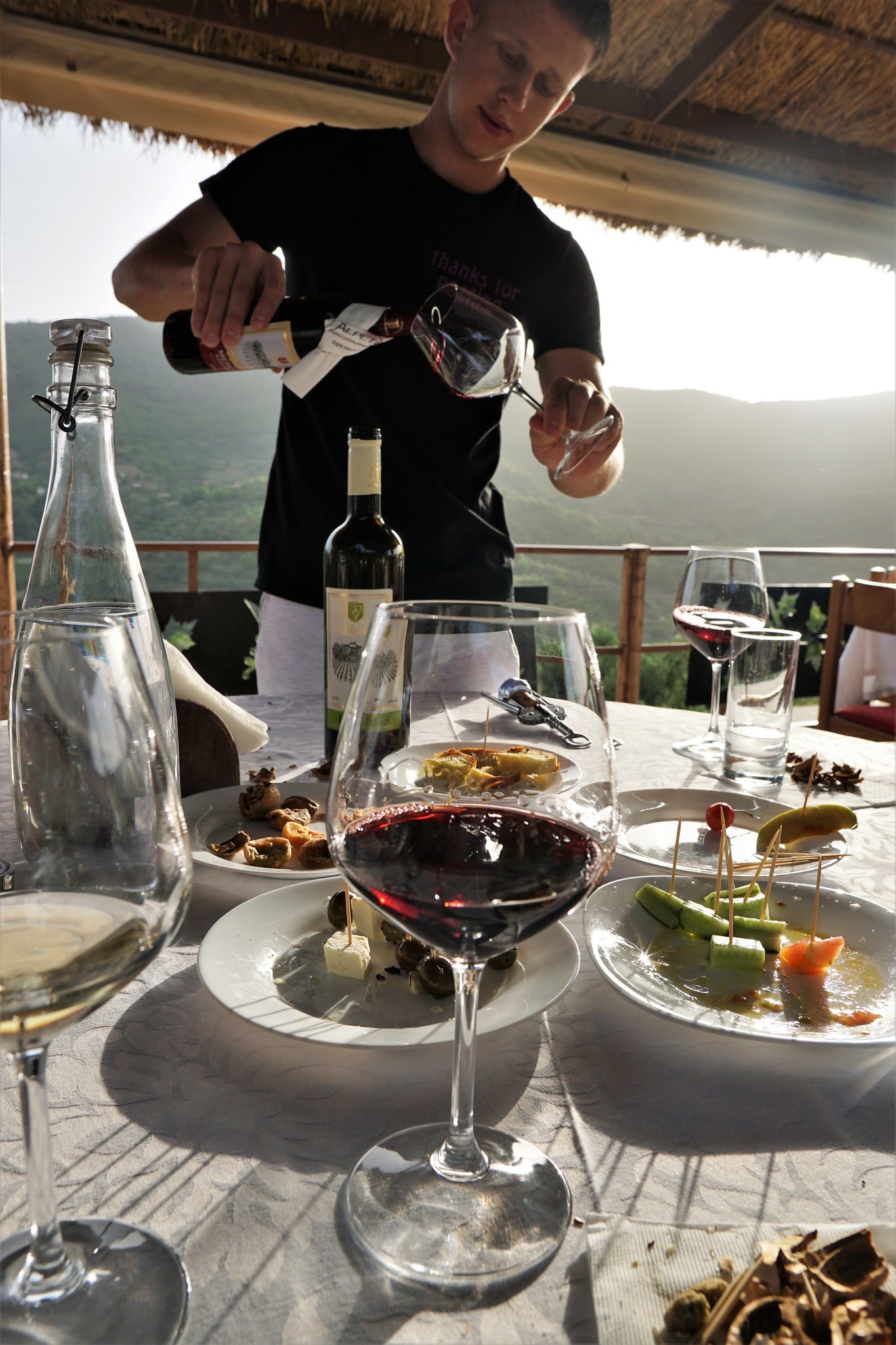 As we were getting tipsier and tipsier, we still did not exhaust the generosity of this winery. One of the owners, the uncle of our guide, approached our table with a bottle of raki, a popular spirit in Albania made from grapes, berries, fruit, or walnuts. Alpeta winery also produces raki from leftover grapes. He popped the bottle of raki open, filled shot glasses for each of us, and raised his glass in traditional Albania toast.  I was surprised to see him pouring a shot to his teenage nephew as well, who stood by the table translating everything his uncle said. According to tradition, the owner toasted the three women at the table first. He toasted Victor’s mom who gave him the gift of life, then me for being a great friend and a travel partner, and then Aunt Irina for telling us about Albania and persuading us to explore this beautiful country.  Three raki shots in, I was amazed that Victor found the composure to string together an eloquent toast to Albania, the Albanian people, and the success of the winery.  There were more toasts and more shots. This kumbaya atmosphere of drinking and toasting reminded me of our visit to Georgia several years prior, where toasting is a form of art.  At some point I asked the nephew where he learned to speak English so well and his exact answer was, “Well, I was supposed to learn English in school, but I really learned it from YouTube.” By the time I remembered that we had a cab waiting for us, we were hopelessly drunk and loudly singing Belarussian folk songs at our table, with no hint of embarrassment or concern for other patrons.  We finally stumbled out into the parking lot, carrying several bottles of raki that the owner insisted we take with us as partying gifts, where our taxi driver has been patiently waiting for us.  Driving back, the blur of Berat lights underneath us, I suddenly realized that while Victor’s mom and aunt were dozing off next to me in the back seat, Victor was engaged in a lively conversation with our taxi driver.  The same driver we could not understand on our way to the winery, as he only spoke Albanian and Italian, was suddenly engaged in a very energetic back-and-forth with Victor, both laughing like old friends.  I leaned forward to catch snippets of their conversation, my booze-soaked mind barely making out their words.  The taxi driver was still speaking Italian and Victor was answering him in Spanish.  There was just enough overlap between these two languages and more than enough alcohol in Victor’s system to fill in the gaps.

“What did you two talk about?” I asked Victor once we were back in the AirBnb.

“Soccer and poetry,” he said, before collapsing on the bed and passing out.

The next morning, at breakfast, as we were going over our day’s itinerary, Victor announced: “I planned two winery visits in Albania. What do you think?”

Bleary-eyed and utterly hangover from the shenanigans of last evening, his mom and aunt glanced at each other and meekly murmured, “One winery is more than enough!” 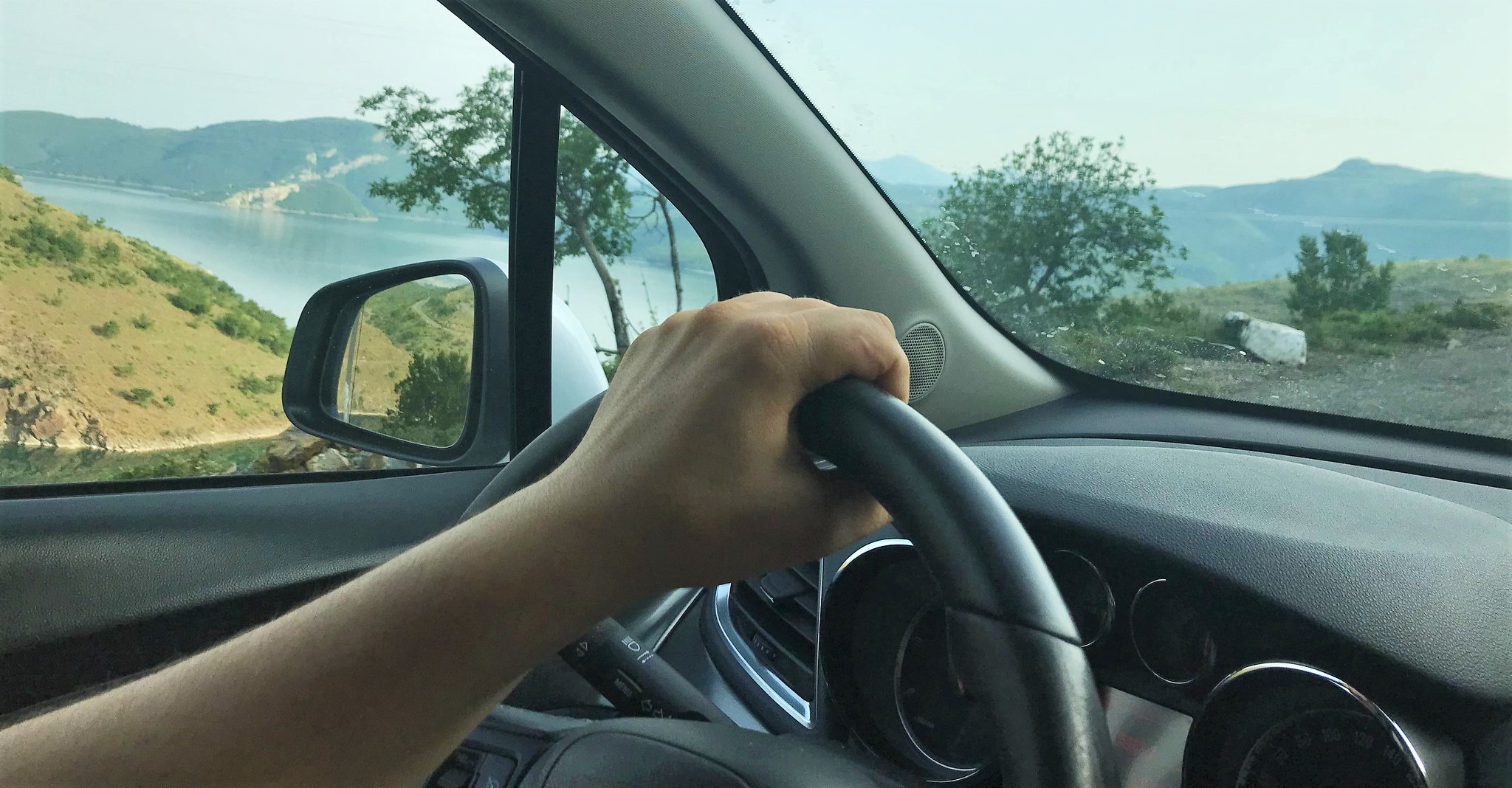